Wayne Rooney is on a roll at the moment with five goals for Manchester United in his last five games in all competitions, plus the opener in England’s 2-1 win against Brazil on Wednesday night.

Rooney comes up against his former club Everton on Sunday in a fixture which United have dominated – particularly at Old Trafford – since the Premier League’s inception.

United have beaten the Toffees 29 times in the Premier League and have not lost to them in their last 12 games at home. 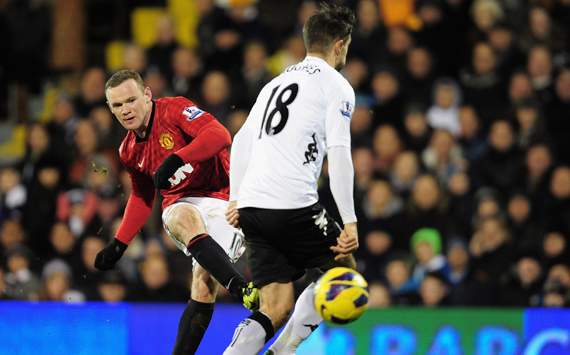 It is ironic then, that the Toffees could do the double over the side perched at the top of the table, after a Marouane Fellaini strike gave Everton all three points in their opening game of the season.

Sir Alex Ferguson’s side have taken the league by storm since then, losing only twice more, thanks in no small part to picking up 27 points after coming back from a goal down to win in nine league games this season.

Everton harbour top-four ambitions of their own this season but Rooney – who celebrated his 101st goal for the club in their 1-0 win away to Fulham last weekend – will be keen to make sure it doesn’t come at United’s expense again.

Rooney’s double against David Moyes’ side that day brought his total to four goals in 13 appearances against the side he played for as a boy before his £27 million transfer to Old Trafford as an 18-year-old in 2004.
And if Wayne Rooney scores last on Sunday, Paddy Power will refund all losing First/last goalscorer, correct score & scorecast singles on the match. 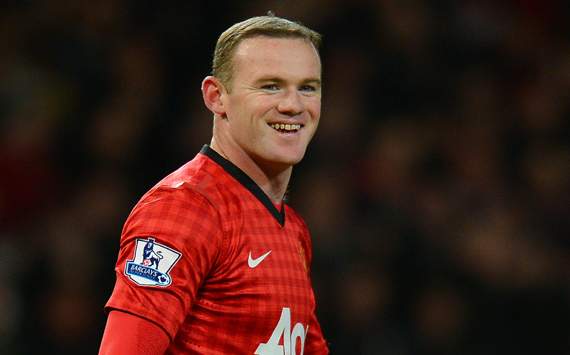 Sir Alex Ferguson’s side have only been beaten at home once this season – 3-2 by Spurs – and their most recent 2-1 win over Southampton meant they have scored in a record 61 consecutive games at Old Trafford.

Rooney has been a part of four Premier League-winning teams, picked up two League Cups and a Champions League winner’s medal and has averaged 16 goals a season since joining the Manchester club – despite several injuries including three metatarsal breaks between 2004 and 2007.

His fitness this season has been patchy until the turn of the year, but the 27-year-old has recovered well to score 10 league goals so far and Paddy Power’s money back special could prove a saving grace for punters on Sunday.