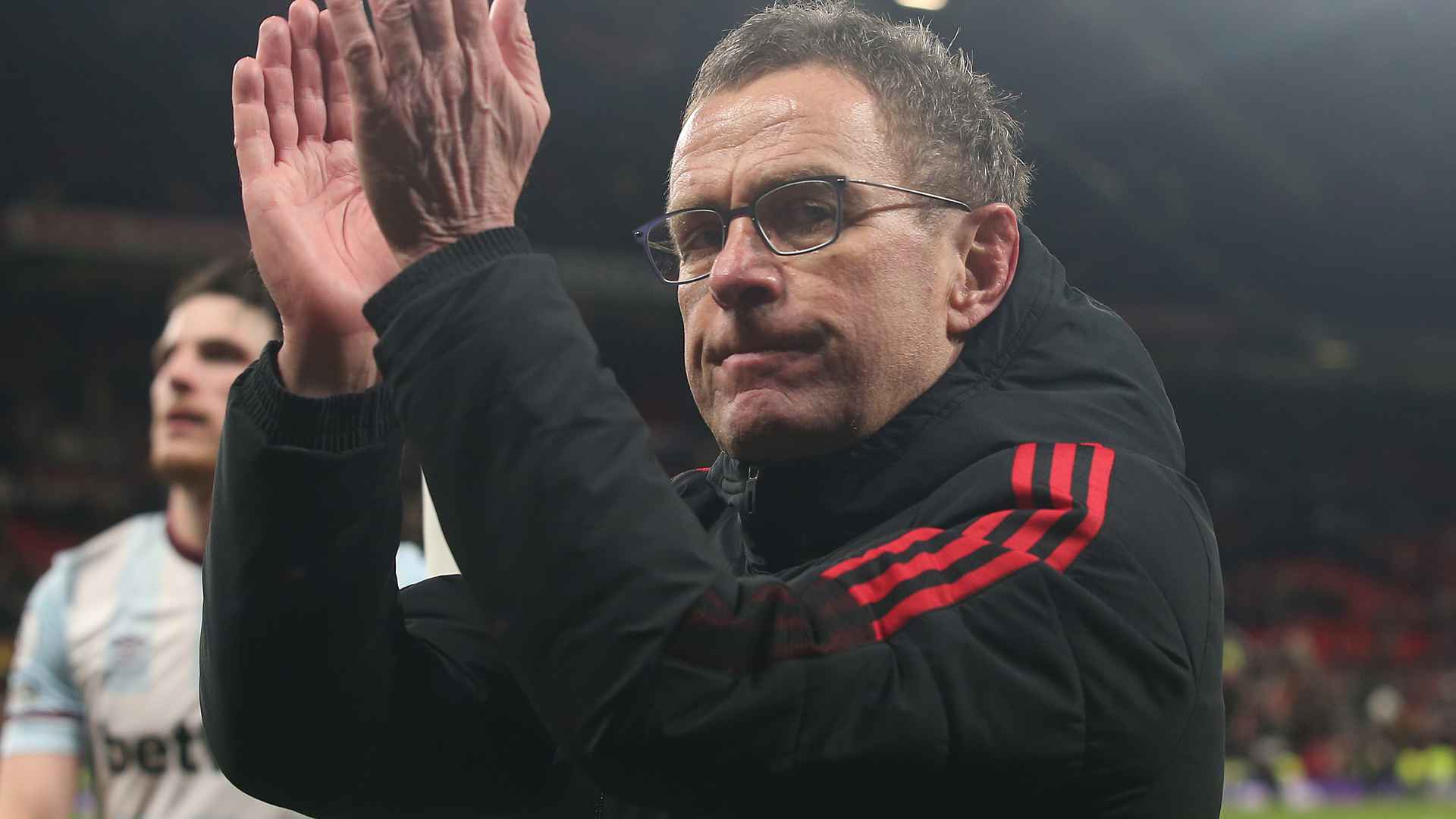 The Premier League contest looked to be heading for a stalemate at Old Trafford before Rangnick’s three substitutes – Anthony Martial, Edinson Cavani and Rashford – combined to send the United faithful at the Theatre of Dreams into delirium.

Ralf was part of those celebrations, and the German made his delight at a first stoppage-time winner of his reign known after the final whistle too, when he took to the pitch to congratulate his players and thank the fans for their support.

Our interim manager made a further point of doing both of those things during his post-match media duties, having been impressed with his side’s combative showing, and equally appreciative of the vocal backing from the home support throughout the afternoon.

Scroll down to see that praise, as well as more of the boss’ key post-match quotes, in the aftermath of the victory… 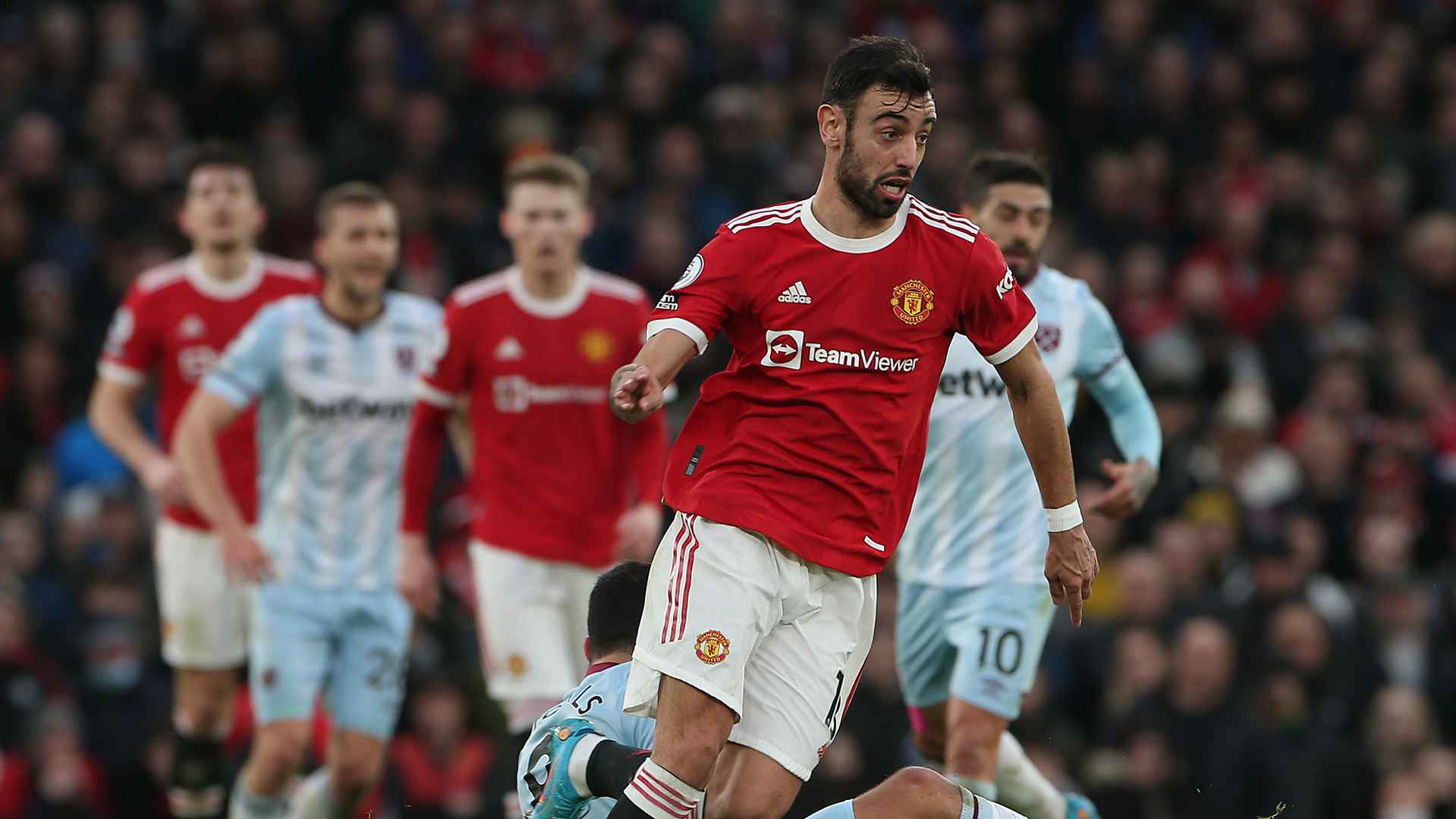 Rashford scored the all-important winner with virtually the final kick of the game, ghosting in at the back post to tap in Edinson’s Cavani’s low cross. The substitute provided much-needed impetus when he came on in the second half, and made the difference.

He received 40 per cent of your vote, to win his first MOTM award of this season. 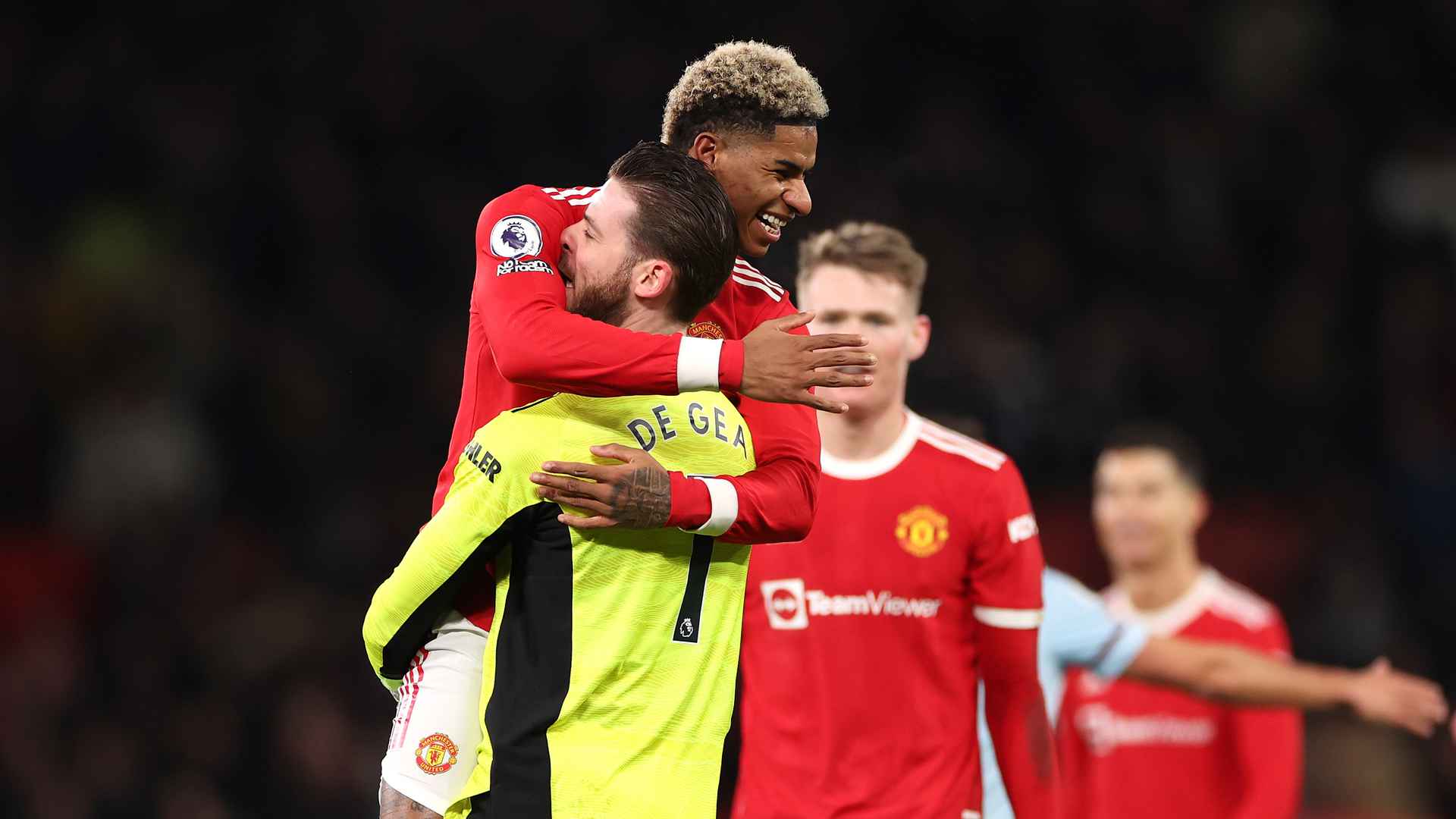 United’s victory over West Ham saw the Reds leapfrog our opponents into fourth position in the Premier League table. Discussing the importance of the result, Rashford added:

“It has a lot of significance. There’s a few teams behind us that have a couple of games on us, but nevertheless it is nice to go into the break at fourth position.

“In the Premier League you never know what is going to happen, so we just have to focus on ourselves and keep trying to improve.”

He added: “There is a lot to play for and the most important thing is that there are trophies to play for.”

“As long as we keep working hard and keep doing our best on the pitch, we should keep picking up results because we have the quality and the mentality to win games.”

Our players were put through their paces, on the eve of a key Premier League clash…

We hear from Rangnick, Fernandes and Maguire, while Skinner and Galton preview the WSL clash with Spurs…