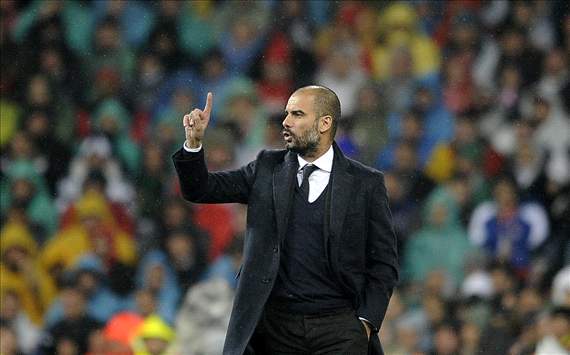 All empires fall, it’s a recurring theme throughout history. From the British Empire to the Roman, the Ottomans to the Mongols, and football is no different.

The financial revenues and TV deals were the envy of Europe, and foreign investors were attracted to British shores in their droves. It so often seemed as if England – despite the best efforts of Sepp Blatter and co. – was at the very centre of the football universe.

But not anymore. English football, like Italy before it, has been usurped, and Pep Guardiola’s decision to snub the Premier League for Bayern Munich and the Bundesliga highlights the descent of the so-called “greatest league on the planet”.

Manchester City had hoped to tempt Guardiola to the Etihad, having already employed ex-Barcelona honchos Txiki Begiristain and Ferran Soriano – the 41-year-old manager was seen as an ideal fit for the club’s La Masia-influenced vision.

Roman Abramovich was a huge admirer too, and contacted the Spaniard twice about the possibility of taking over at Stamford Bridge (there had been a sense that both Roberto Di Matteo and Rafa Benitez were merely keeping the seat warm for Guardiola), while Sir Alex Ferguson considered him a potential long-term successor at Old Trafford.

But Guardiola picked Bayern, who were defeated in last year’s Champions League final by Chelsea. Since then, English clubs have been treading water, slipping further behind the pace of Spain and Germany – whose emphasis on the production of youth has invigorated the leagues (and may well have swayed Guardiola’s thinking).

Reigning Champions League holders Chelsea were knocked out in the group stages of this year’s competition, relegated to the Europa League, while Manchester City were eliminated from Europe entirely, trounced by Jurgen Klopp’s young, vibrant Borussia Dortmund side.

Even Manchester United do not exude the invincibility of years gone by, propped up by the irrepressible Robin van Persie. Arsenal, who have been struggling merely to qualify for the competition in recent years, stumbled into the knock-out stages after being toppled by another German side, Schalke.

The inevitable duels that will ensue between Klopp’s dynamic, high-pressing Black and Yellows and Guardiola’s likely possession-heavy Bayern (who already boast the second-highest average possession in Europe’s top leagues, behind only Barcelona) could very well dominate the global football calendar alongside El Clasico.

The Premier League, set for a financial windfall ahead of next season’s huge boost from a renewed TV rights package, is in danger of becoming less show, more business.

For so long the Premier League has been held aloft, albeit mainly by itself, as the pinnacle of entertainment and quality, but Guardiola’s snub will highlight more than ever the decline in status of English football’s top-flight.

Despite the league’s riches, despite its huge exposure, despite the much-heralded drama and competitivity, the most sought-after manager in the world nevertheless opted to coach elsewhere. The Premier League, then, is now not quite as attractive as it thinks it is.

Bereft of the world’s best players, dominated by trigger-happy owners, with the importation of players favoured over the nurturing of youth and with the football on offer more frenetic, physical and chaosed than measured, poetic and artistic (as is the case elsewhere), the Premier League is now facing a struggle simply to hang onto the coattails of Europe’s more responsible elite.