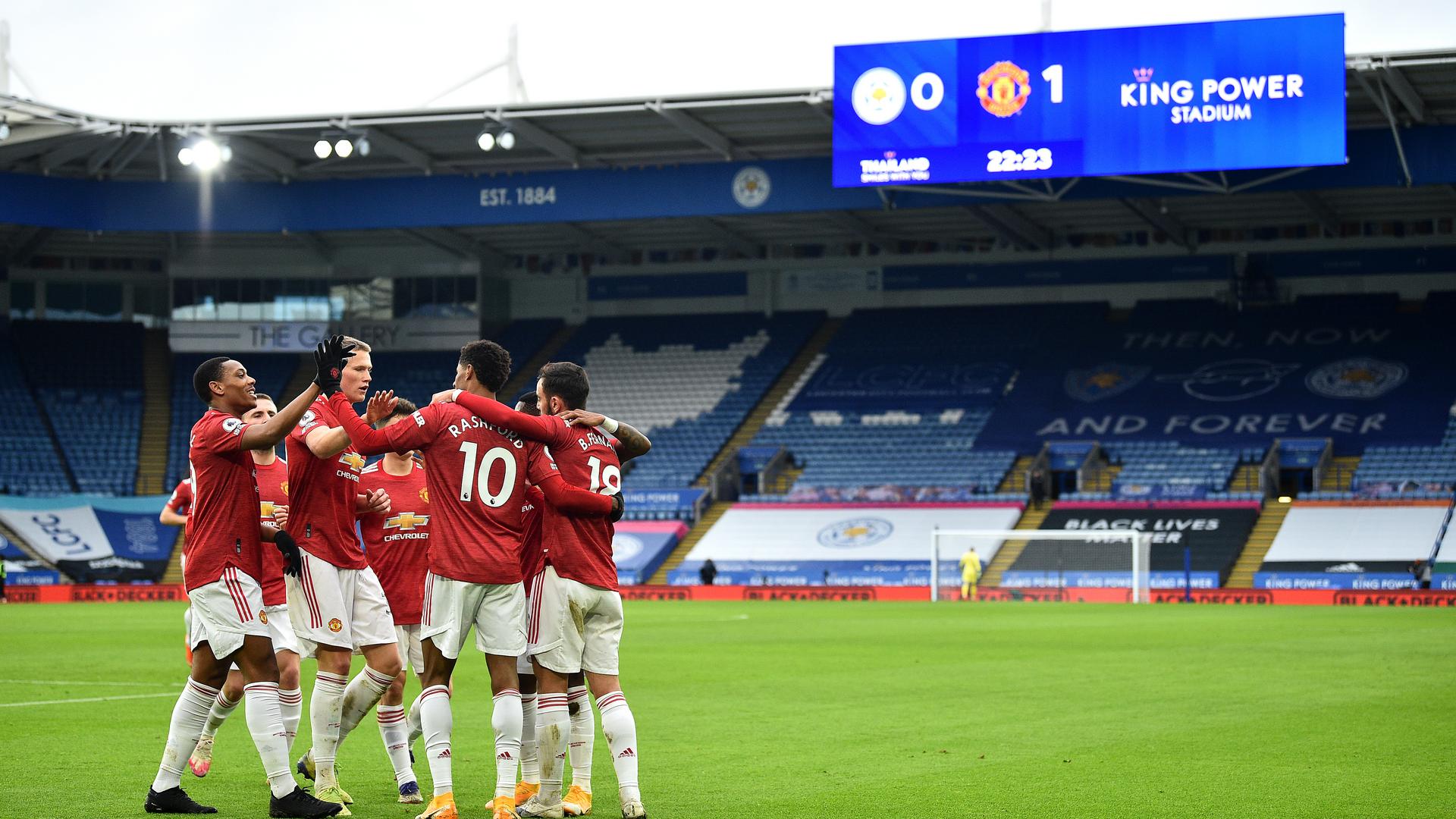 The Portuguese playmaker set up Marcus Rashford’s opening goal on Boxing Day with an instinctive prod from a Daniel James pass, as the Reds made a bright start to this eagerly anticipated top-flight game.

While Fernandes was disappointed to then lose possession before Leicester’s first-half equaliser by Harvey Barnes, he made amends by netting from an Edinson Cavani assist in the second half.

Impressively, according to data guru Statman Dave, Bruno has now been directly involved in 52 per cent of United’s Premier League goals since his debut in February (31 out of 60).