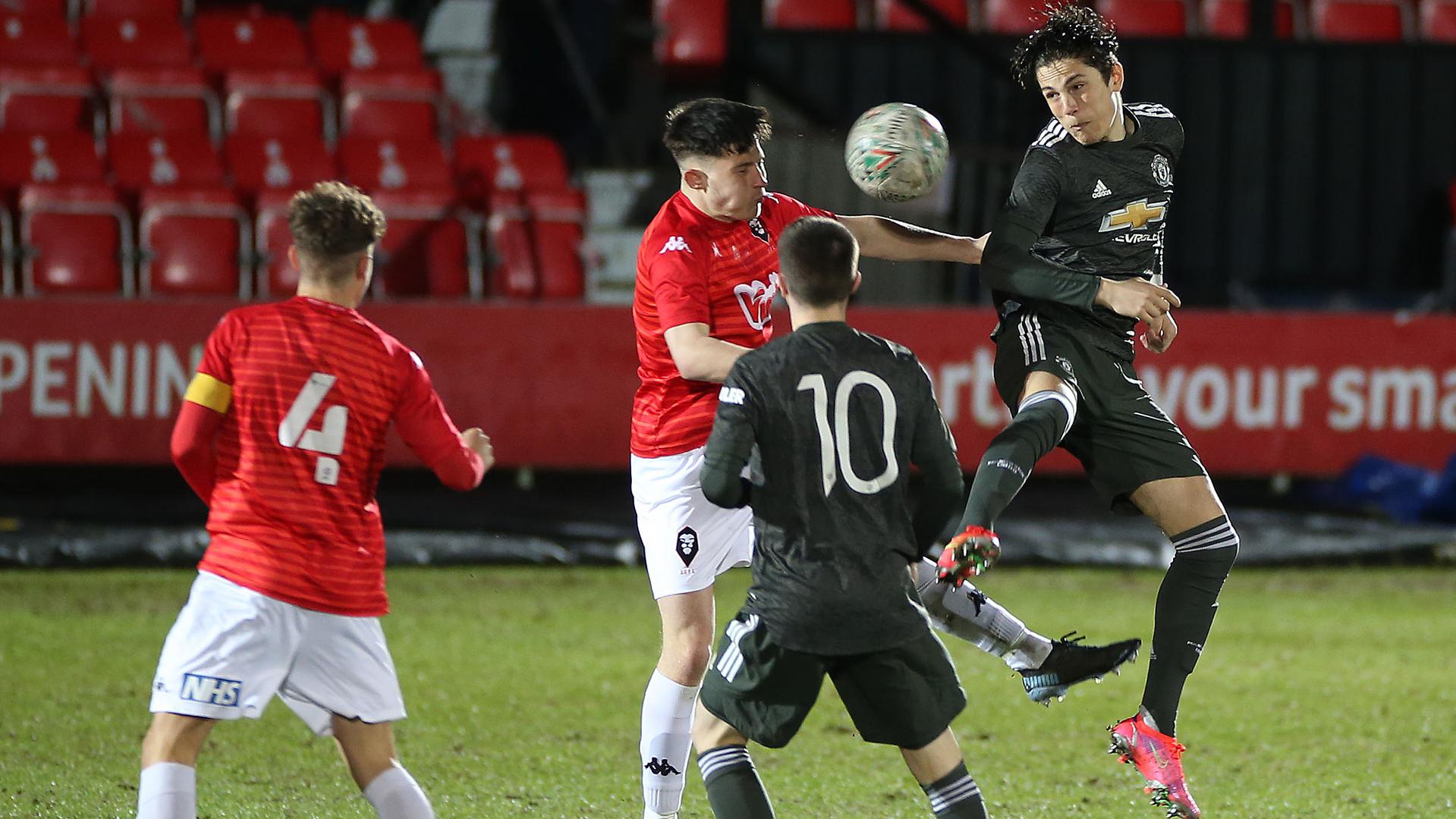 Charlie McNeill added a brilliant second to seal United’s progress. After passes by Savage, who had moved into midfield, and Alejandro Garnacho, the Under-18s’ leading scorer turned sharply to get away from his marker and found the top corner from an acute angle with a confident finish.

Noam Emeran seemed unfortunate to get a yellow card for simulation rather than a penalty, while Garnacho and McNeill fired off target as Neil Ryan’s side finished strongly.

A home tie against Liverpool or Sutton United is the reward in round four.