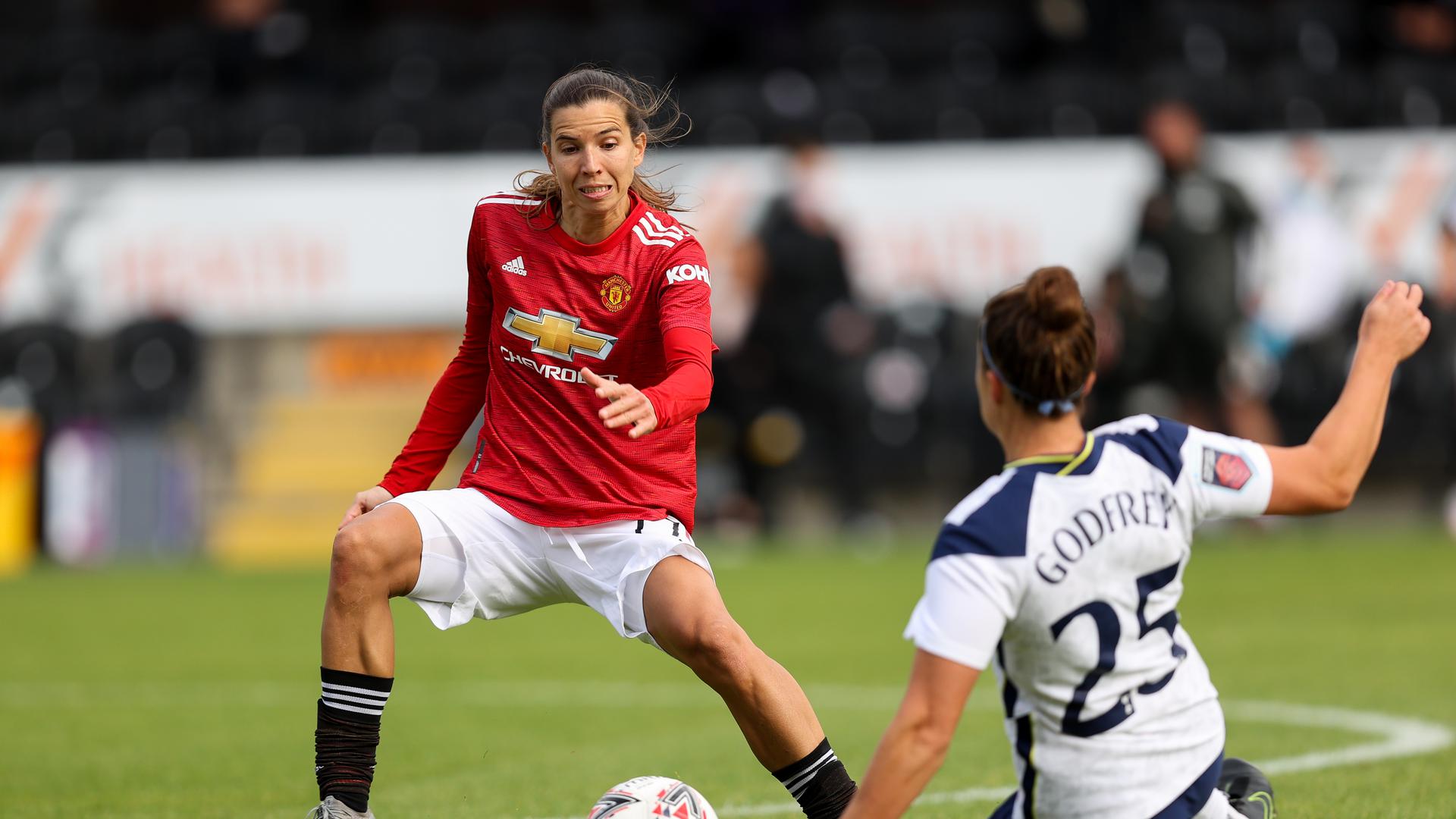 Yes, the match will be shown live on BBC Red Button, the BBC iPlayer and the FA Player in the UK. Kick-off time at the Rush Green Stadium is 12:30 BST on Sunday.

The full 90 minutes will also be available to watch on MUTV at 14:30 BST. MUTV is the only place to get exclusive access to your club 24/7, with live shows as well as a range of features, available on-demand. With one subscription, you can access our official channel wherever and whenever you want.

United have had a great start to the WSL season. The 1-1 draw with last year’s champions Chelsea in the opening round has been followed up with consecutive wins against Birmingham City (5-2), Brighton & Hove Albion (3-0) and Tottenham (1-0). Millie Turner got the winner last time out

West Ham, on the other hand, are sitting in 10th place and are without a win in the WSL this season. The Hammers started their campaign with a 1-1 draw away to Spurs but have lost the last three, including a 9-1 defeat to Arsenal and a 1-0 loss to Reading before Everton beat them 3-1 in their last match.