Last week’s Goal.com free league winner Umar786 won a Premier League shirt of his choice after his side which included Pepe Reina, Patrice Evra, Adam Johnson and Robin van Persie, all of which contributed to a points total of 87.

In the real money game, the winner also had 87 points and won £210.54 from a £5 stake, that’s better than a 42/1 winner just for selecting a squad of 15 players for a Premier League gameweek. 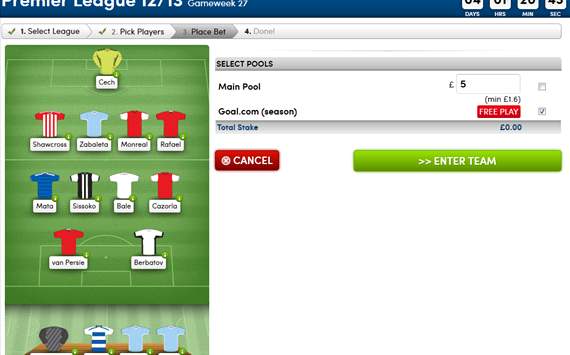 If you’d like to play fantasy football for real money and be in with a chance to win cash prizes like this every week then you can sign up to Totel Football here and get a first deposit bonus too.

Saturday’s fixtures include Fulham hosting Arsenal as the Gunners look to get back to winning ways following a disappointing 0-0 draw against Everton on Tuesday.

One man who did well in that game was goalkeeper Wojciech Szczesny who secured 11 Totel football points for his performance at the Emirates. Could he be worth including when Arsene Wenger’s men make the trip to Craven Cottage?

Plenty of defenders managed nine points for a clean sheet last weekend including Everton’s Leighton Baines. The England international’s attacking threat as well as his set pieces and penalty taking duties often make him one of the highest scoring defenders. 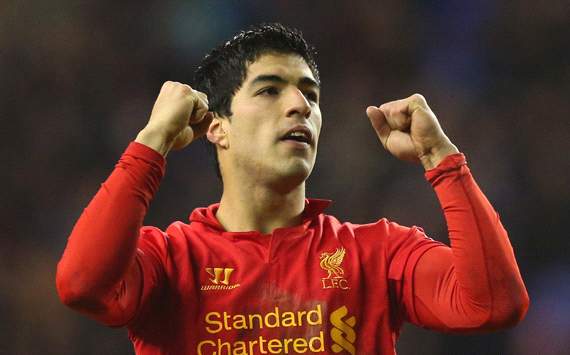 Everton make the trip to Sunderland this weekend and a couple of the Black Cats’ midfielders scored highly last week due to a 3-0 win over Newcastle, Adam Johnson and Seb Larsson both got eight points with Stephane Sessegnon bagging 11.

Sunday sees Tottenham host Manchester City and Liverpool take on Chelsea and although several of the big names might miss the game through injury, plenty more are looking to end their seasons on a high.

Luis Suarez has the highest points per game average of any striker in Totel Football while Carlos Tevez also ranks highly this season. Which two forwards will you pick for your fantasy team this weekend? Unlike most fantasy football games, with no budget restrictions you can have any two frontmen from the Premier League.