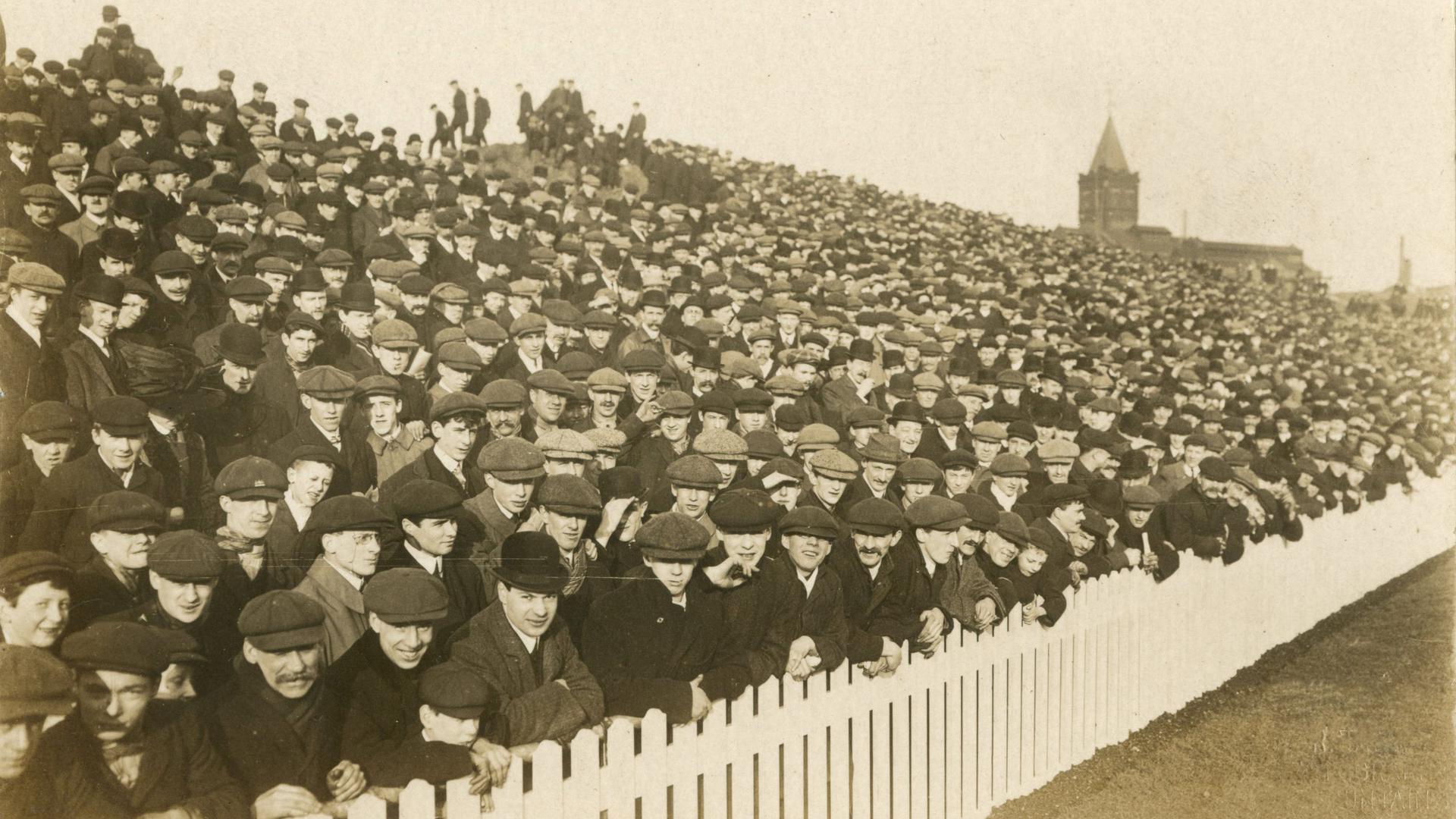 Unlike fixtures in today’s football calendar, matchdays in the 1910s would most likely take place on a Saturday, unless a cup draw forced a midweek replay or one of the major holidays provided additional opportunities. This timing was by no means a coincidence. It came as a result of an increasing number of working-class men, women and children being granted a half-day Saturday off, turning football into one of the nation’s favourite pastimes.

Due to the lack of floodlights, kick-off times would change depending on the season. To access the stadium, you would pay at the gate, unless of course you had a season ticket, and enter the ground via one of the turnstiles, pictured below. As little as six old pence, £1.95 in today’s money, could get you a standing spot on Old Trafford’s open terraces, while five shillings, nearly £20 in today’s money, would buy you a plush-covered seat in the Main Stand. Regardless of the ticket price, you would be able to enjoy an unobstructed view of the game. That luxury was denied to United fans prior to 1906, when the extension to the Sixpenny Stand at Bank Street enabled those with the cheapest tickets to see match action taking place near the touchline for the first time.