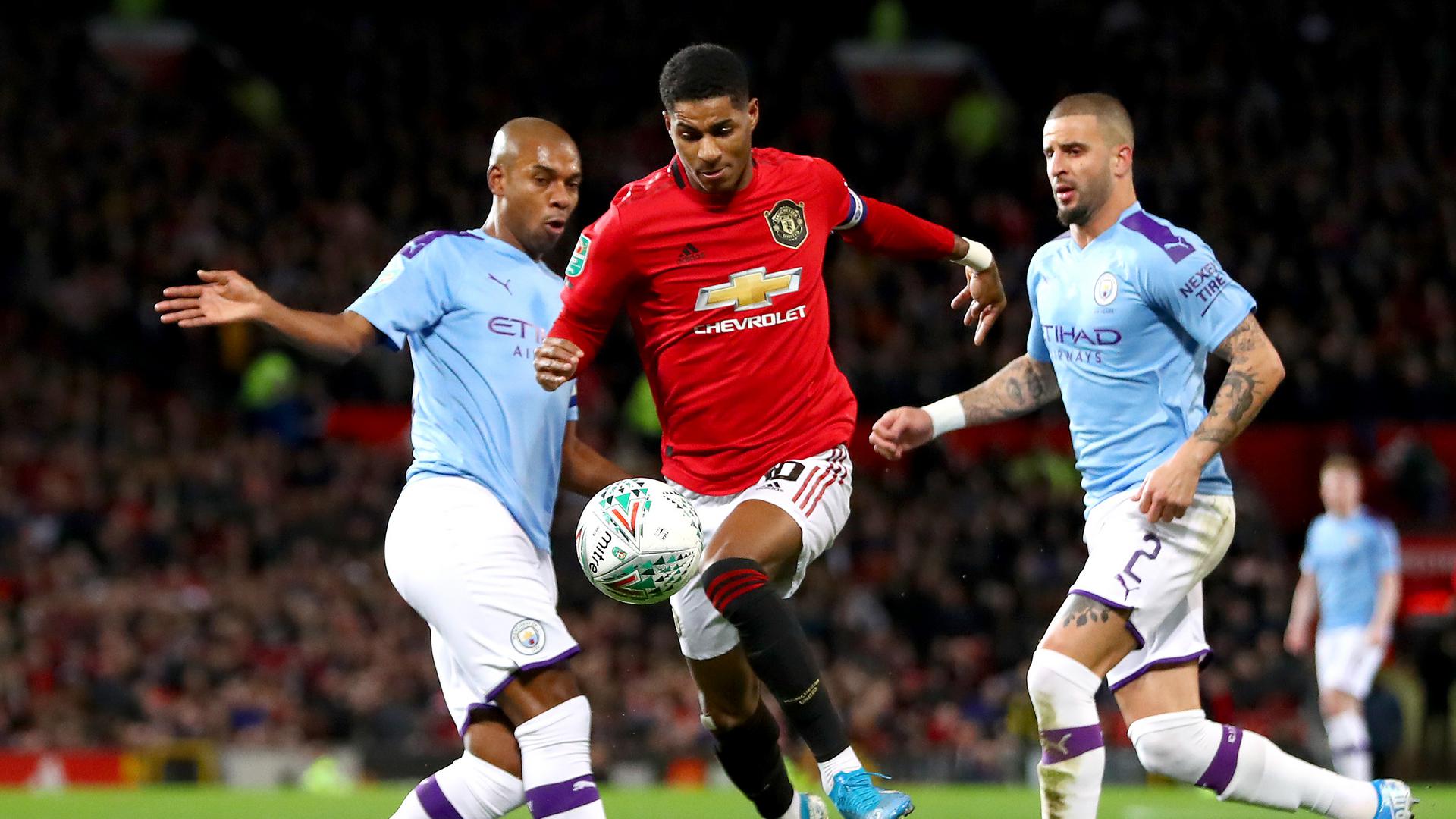 1975/76 Fourth round: City 4-0 United
The sides were paired up once more the following season, with United flying high in the First Division after successfully clinching promotion back to the top tier at the first time of asking. With priorities set on re-establishing ourselves among the league’s elite, Docherty opted to shuffle his pack in defence at Maine Road, with Paddy Roche, Jimmy Nicholl and Tommy Jackson making rare starts. In what was the 100th Manchester derby, our rivals raced into a two-goal lead after 15 minutes, through Dennis Tueart and Joe Royle. Tueart added another on 28 minutes, before Asa Hartford completed the scoring late on. As in 1969, City eventually lifted the trophy at Wembley, although we would go on to finish third, five places above them, in the league.

2009/10 Semi: City 2-1 United, United 3-1 City (Aggregate: 4-3 to United)
With former Reds striker Carlos Tevez inspiring a City comeback victory in the first leg at the Etihad, a big performance was required from United at Old Trafford the following week. The visitors had the better of a quiet first half, but Paul Scholes and Michael Carrick fired home after the break to seemingly put United in the driving seat. Wayne Rooney was then made to regret squandering a glorious opportunity when Tevez flicked in a cross to draw City level 15 minutes from time. With extra-time looming and the crowd growing increasingly anxious, Rooney made amends for his earlier miss, finding space to head home Ryan Giggs’s cross and send Old Trafford into raptures. We’d go on to lift the trophy, beating Aston Villa 2-1 in the final thanks to goals from Michael Owen and Rooney.