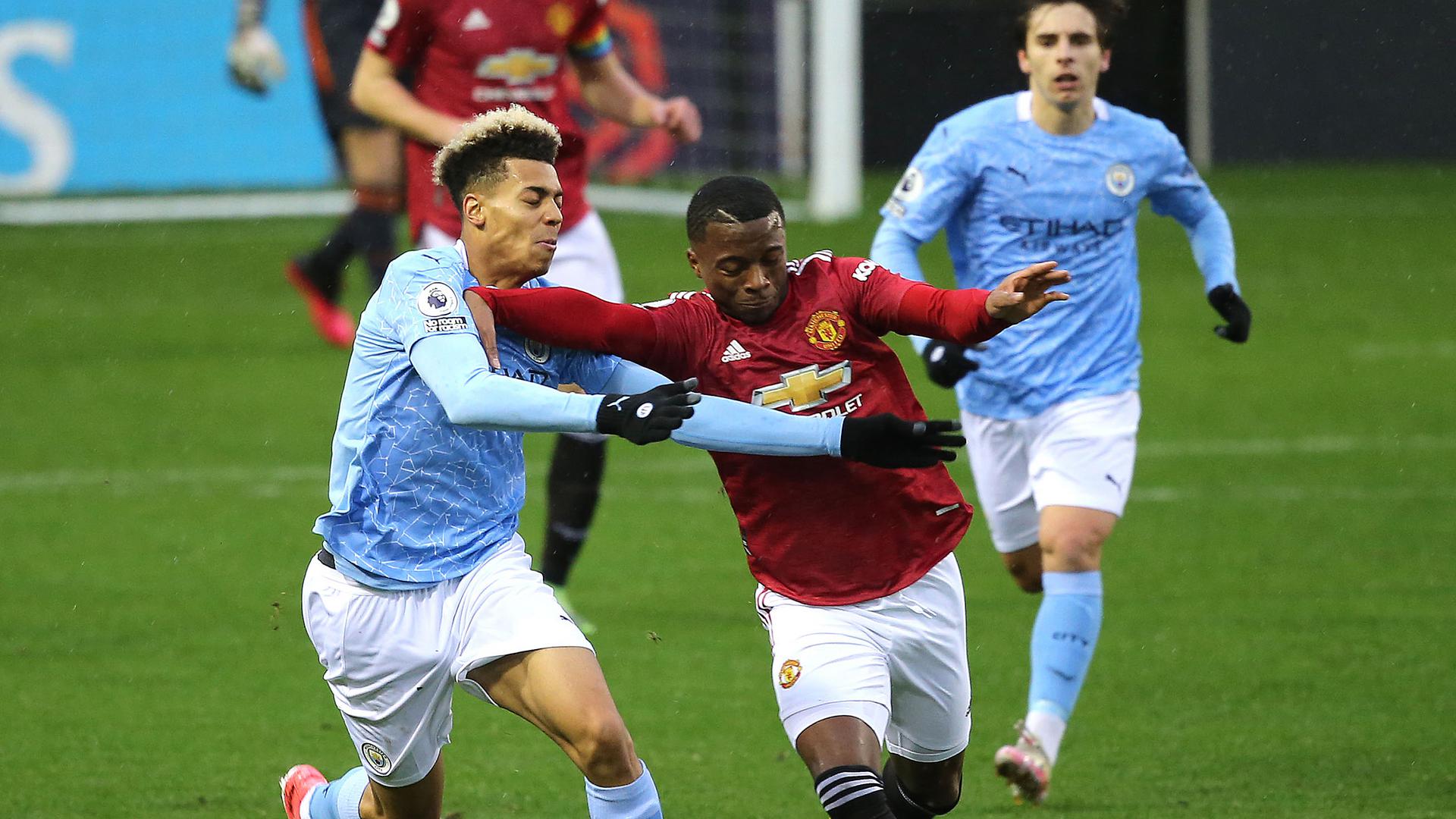 The young Reds, like their first-team counterparts, are well-versed in the art of coming from behind, though and after Hannibal was felled in the area by Luke Mbete, Galbraith rolled it past the keeper to level the scores at 1-1.

Felix Nmecha was a threatening influence for City, curling an effort wide of Paul Woolston’s goal on 21 minutes, but he was forced to come off soon after – not due to injury, but because Bernabe’s sending off, for a nasty challenge on Galbraith, had left the visitors short at the back and in need of a reshuffle.

Just moments after that forced change, though, United scored to take the lead into the break – with Ethan Laird running past several Blues on the right, before switching to the oncoming Pellistri, who made no mistake to tap home.