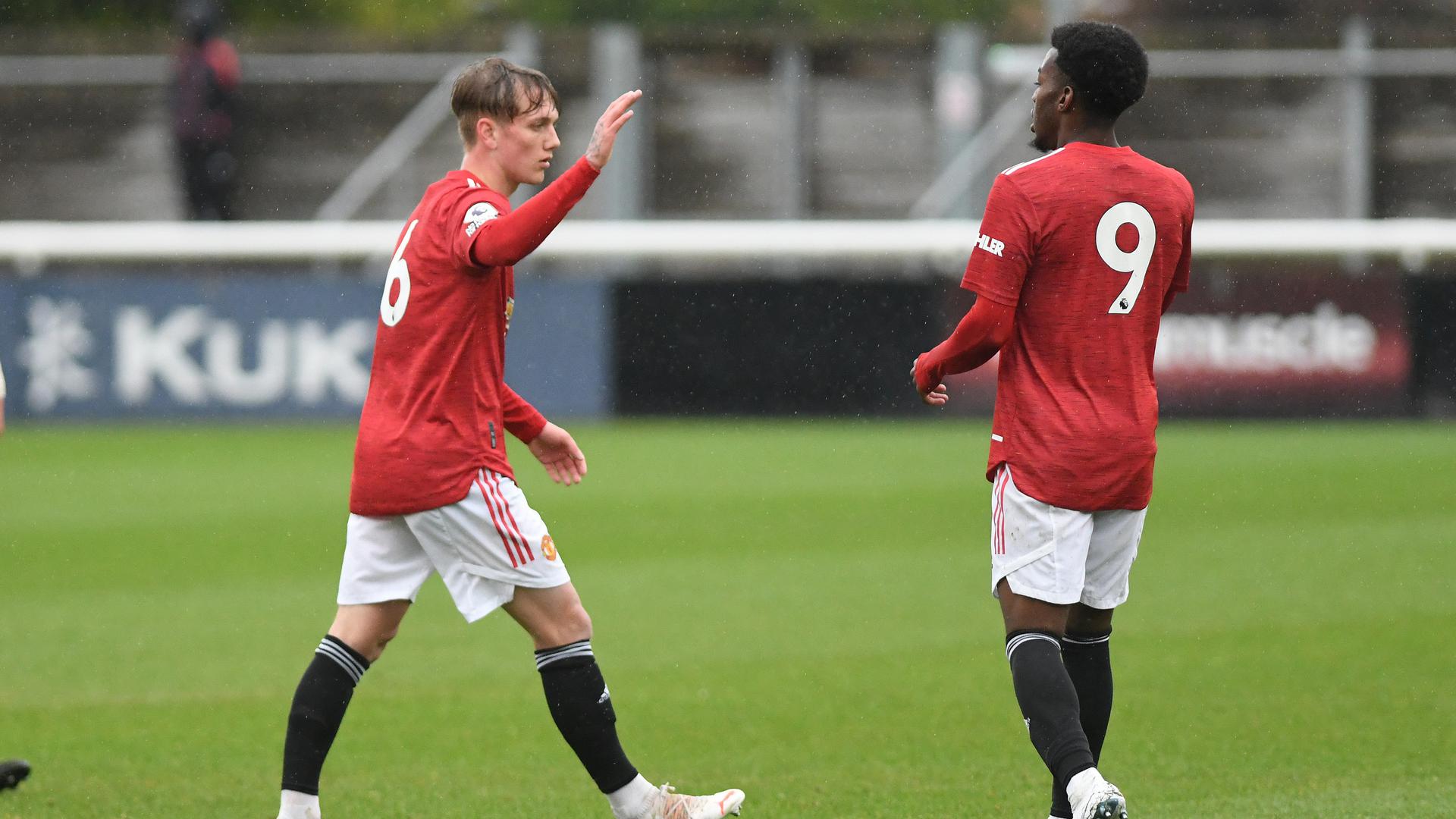 Watched by a group of hardy, or should it be foolhardy students, on an evening such as this, high on a grassy mound alongside the pitch, this match was already providing excellent entertainment, but it was only a taster of what was to come.

Derby showed they had recovered from that early blow when, in the 31st minute, Cameron Cresswell blasted his side into the lead by finding the top corner of the net from outside the box.
United’s Under-23s have been in several high-scoring encounters during the season and this threatened to develop into another.

Two minutes later, United were level following a four-man move which saw Ethan Galbraith score his third goal of the season and the first from open play with his previous two arriving via the penalty-spot. The Northern Ireland international rattled in a fierce drive after Charlie McCann miskicked a neat pass by Mark Helm.

It’s fair to say that United would have been happy enough to go in at the break having got ourselves back on level terms. But, with six minutes of the first half to play, Shoretire tapped home United’s third goal after Rams keeper George Sykes-Kenworthy stopped but failed to hold Elanga’s shot from a rapid breakway, which also involved Omari Forson.

And there was still time for Forson to mark his Under-23s debut with a confident finish after the 16-year-old was played through by Shoretire.