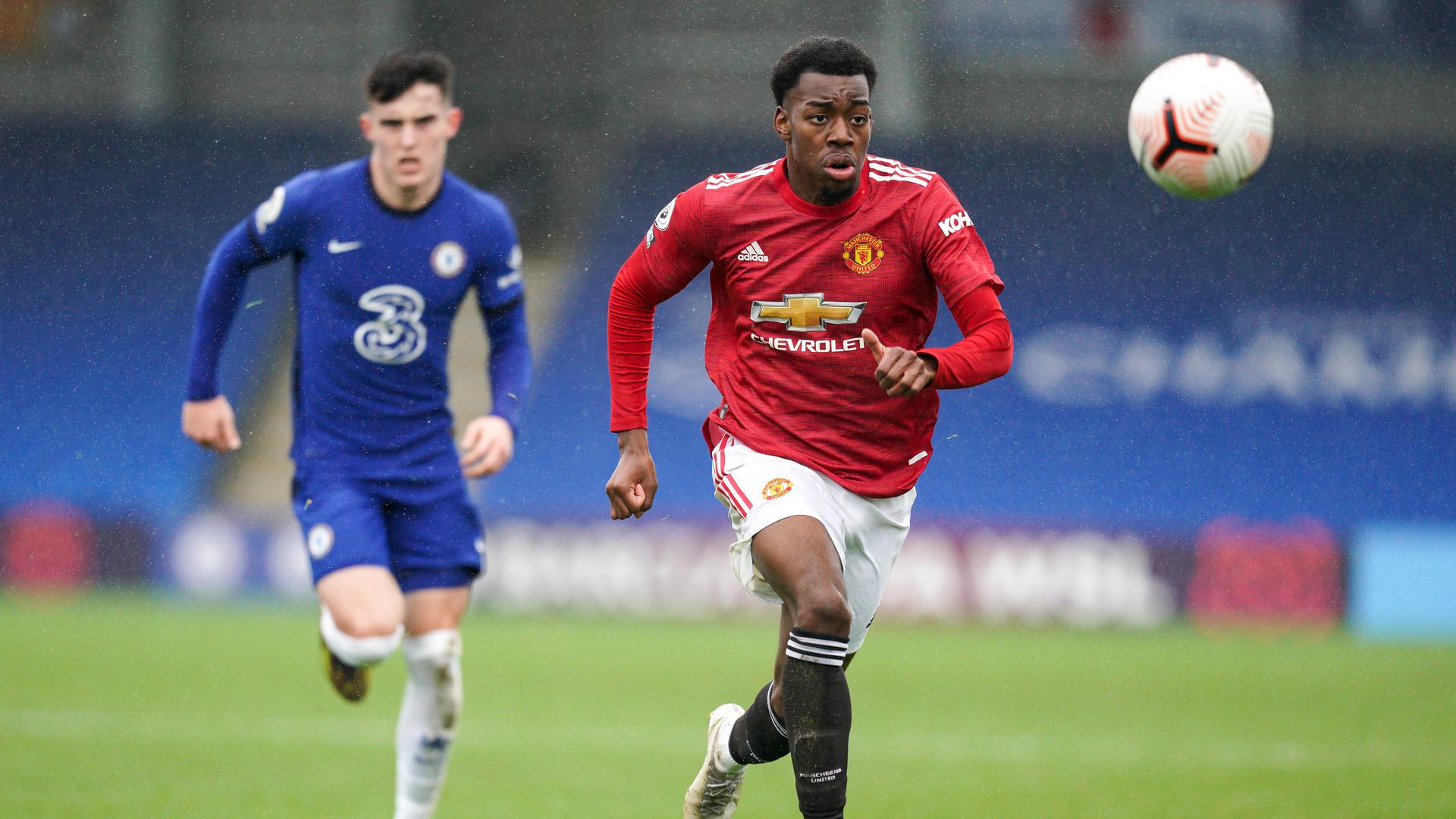 Robert Massey-Ellis, the match referee, had barely taken the whistle from his mouth after starting the action, when Chelsea were celebrating as Marcel Lewis gave them a dream start inside 56 seconds. It was a rare stumble from United’s ever-reliable captain Teden Mengi which allowed the Tino Anjorin to break forward unchallenged before crossing the ball into the danger zone where Lewis was perfectly placed to find the net with the aid of a slight deflection.

Less than two minutes had elapsed after that dramatic start when United were licking our wounds again as the Blues struck again with the highly rated Jude Soonsup-Bell doubling their lead with a bending finish to mark his first start at this level.

United were understandably shell-shocked at being two goals down so soon after the kick-off, but there was no point dwelling on the misfortune and we gradually found their feet and began to make more frequent excursions in to Chelsea territory.

Facundo Pellistri had the ball in the net, after 14 minutes, but the assistant-referee’s flag was already blowing in the wind. Anthony Elanga went close, as did Hannibal but the task became even more difficult after 34 minutes when Anjorin, aided by Tino Livramento, struck Chelsea’s third goal of the afternoon.