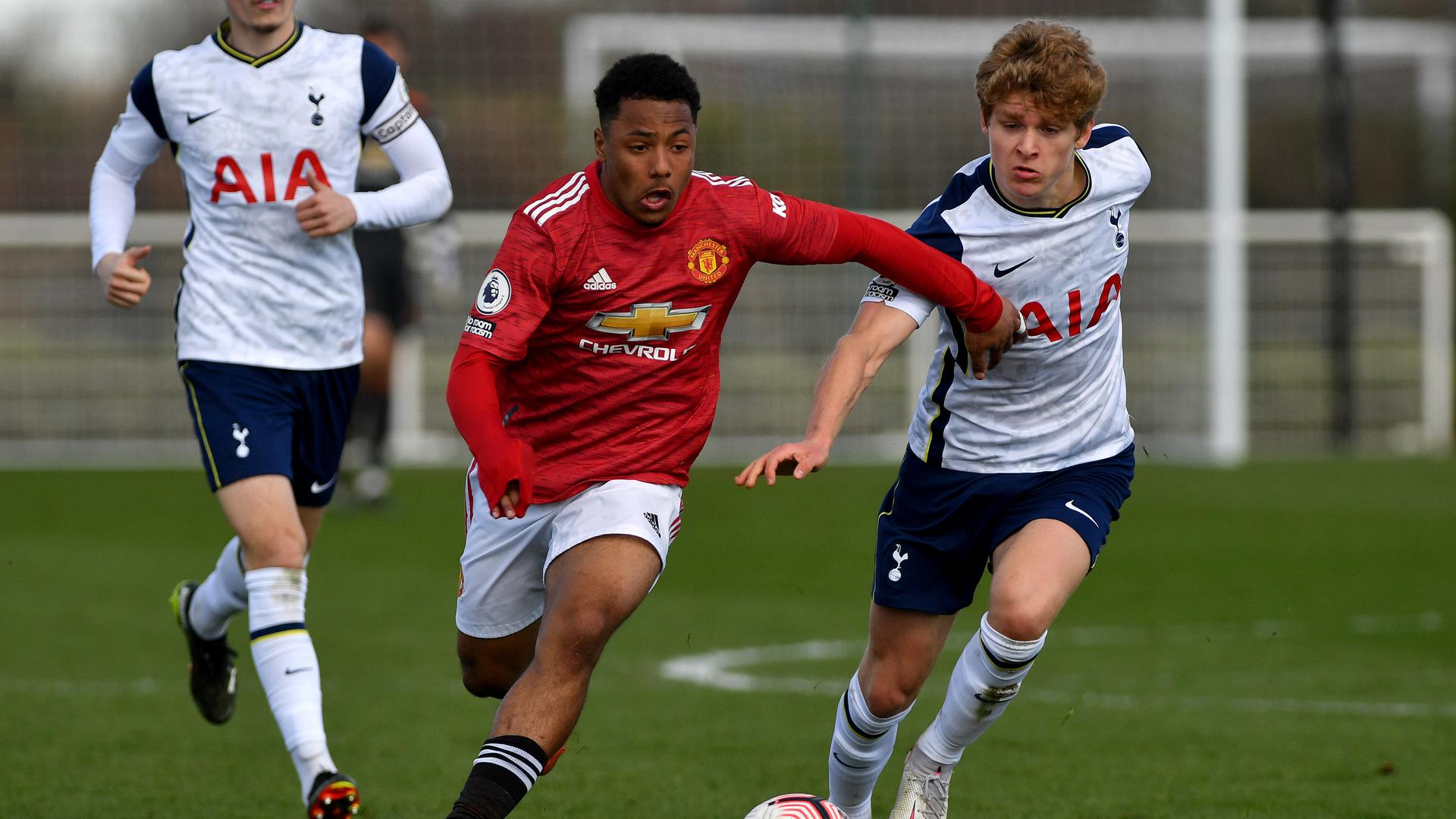 United’s hopes of turning the game around suffered a double blow in the space of three minutes midway through the second half.

In the 64th minute, the home side doubled their lead when defender Marcel Lavinier’s shot took a significant deflection of United’s Reece Devine on its way into the net.

And worse was to follow, a few moments later, when captain Galbraith was given his marching orders following a melee that involved most of the players, of both sides, and appeared to include some rough treatment of Hannibal that was not as severely punished.
Parity, regarding personnel, was restored, in the 79th minute, when Spurs central defender Marsh was red-carded following a silly altercation with Hannibal, as he hauled the Frenchman to the floor.

Spurs sealed the win, five minutes from time, with a third goal which was made possible by Nile John’s surge towards United’s goal and finished with a powerful effort past Matej Kovar by Kion Etete.