The Frenchman scored on his debut against Liverpool, as he came off the bench to seal a 3-1 win, and will lead the line for the club against PSV in the Champions League

After netting on his debut for Manchester United, the world’s most expensive teenager Anthony Martial has now been awarded his first start for the club against PSV in the Champions League.

Louis van Gaal had been coy on how much the 19-year-old would be used in the early stages of his Old Trafford career but, with skipper Wayne Rooney still sidelined, has placed his faith in the youngster.

Martial, who has already turned out in the Champions League for Monaco in the qualifiers, is flanked by Memphis Depay, who returns to former club PSV, and Ashley Young, who made a huge impact off the bench against Liverpool.

Elsewhere, David De Gea continues in goal after making his comeback against Liverpool on Saturday, while Daley Blind partners Chris Smalling in defence. 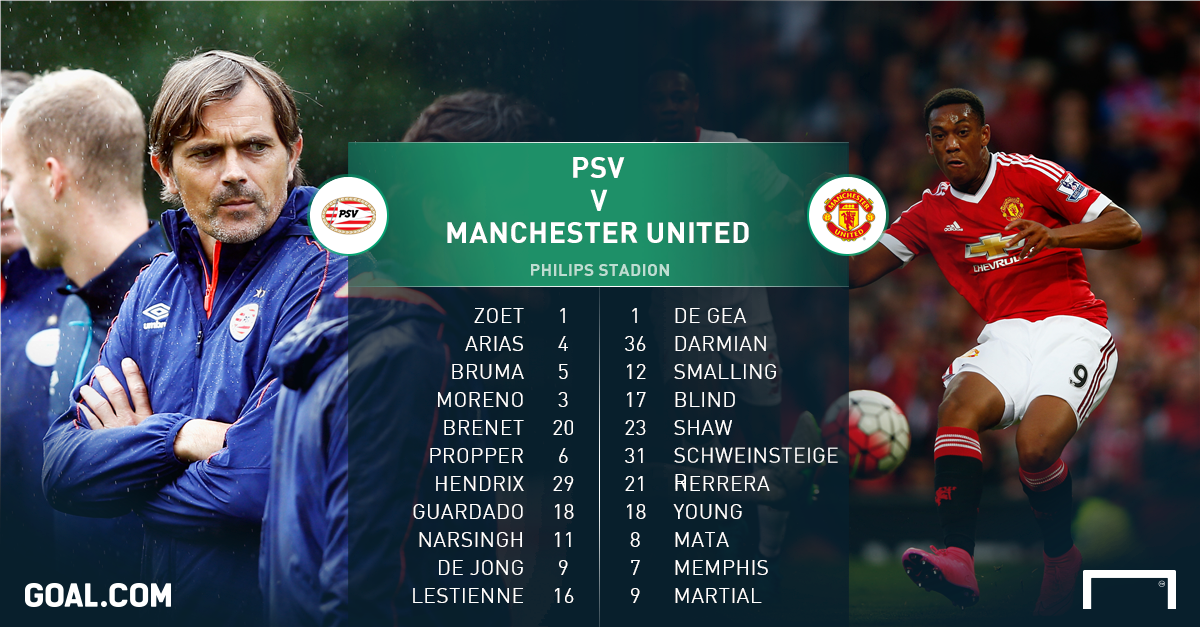