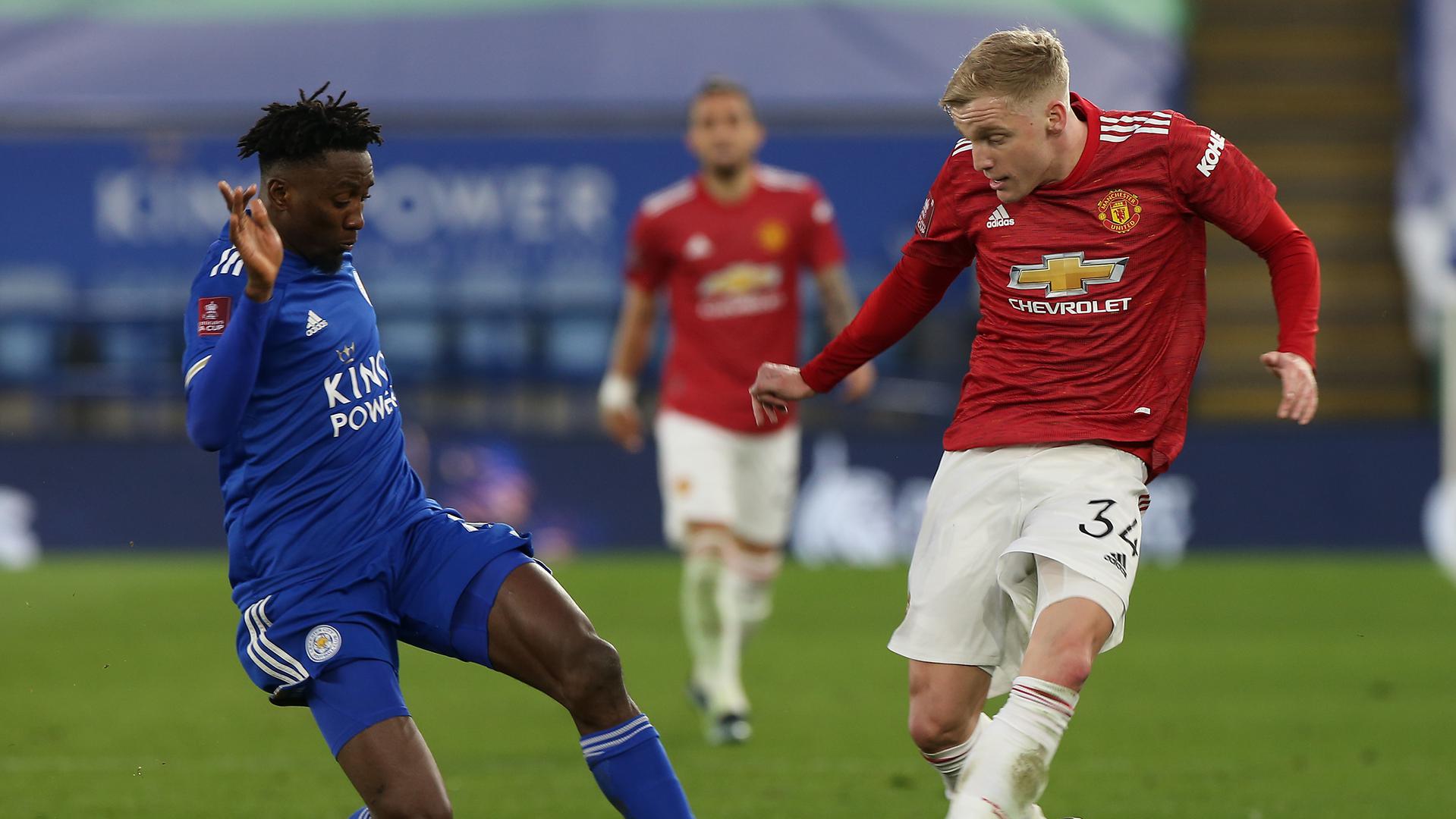 The 3-1 defeat ended the dream of securing the club’s 13th FA Cup this season. Sunday’s quarter-final-winners Leicester will face Southampton in the semi-final at Wembley, while Chelsea will take on Manchester City. The draw was made at half-time of the tie in the east Midlands.

MASON ON THE MARK

Greenwood has been in fine form in recent weeks and it’s just the goals that have been missing. Ole has warned after then AC Milan game in midweek that Mason would be firing soon, and he scored with his first attempt on Sunday.

Paul Pogba got past his opponent on the left and put a low cross towards Donny van de Beek. The Dutchman, on his comeback from injury, elegantly jumped over the ball and left it for Greenwood to smash in the equaliser for the Reds. A well-worked and deserved goal for our no. 11.

Since the start of last season, the Academy graduate has scored 22 goals in all competitions, the most by a teenager for clubs in the top-five European leagues.