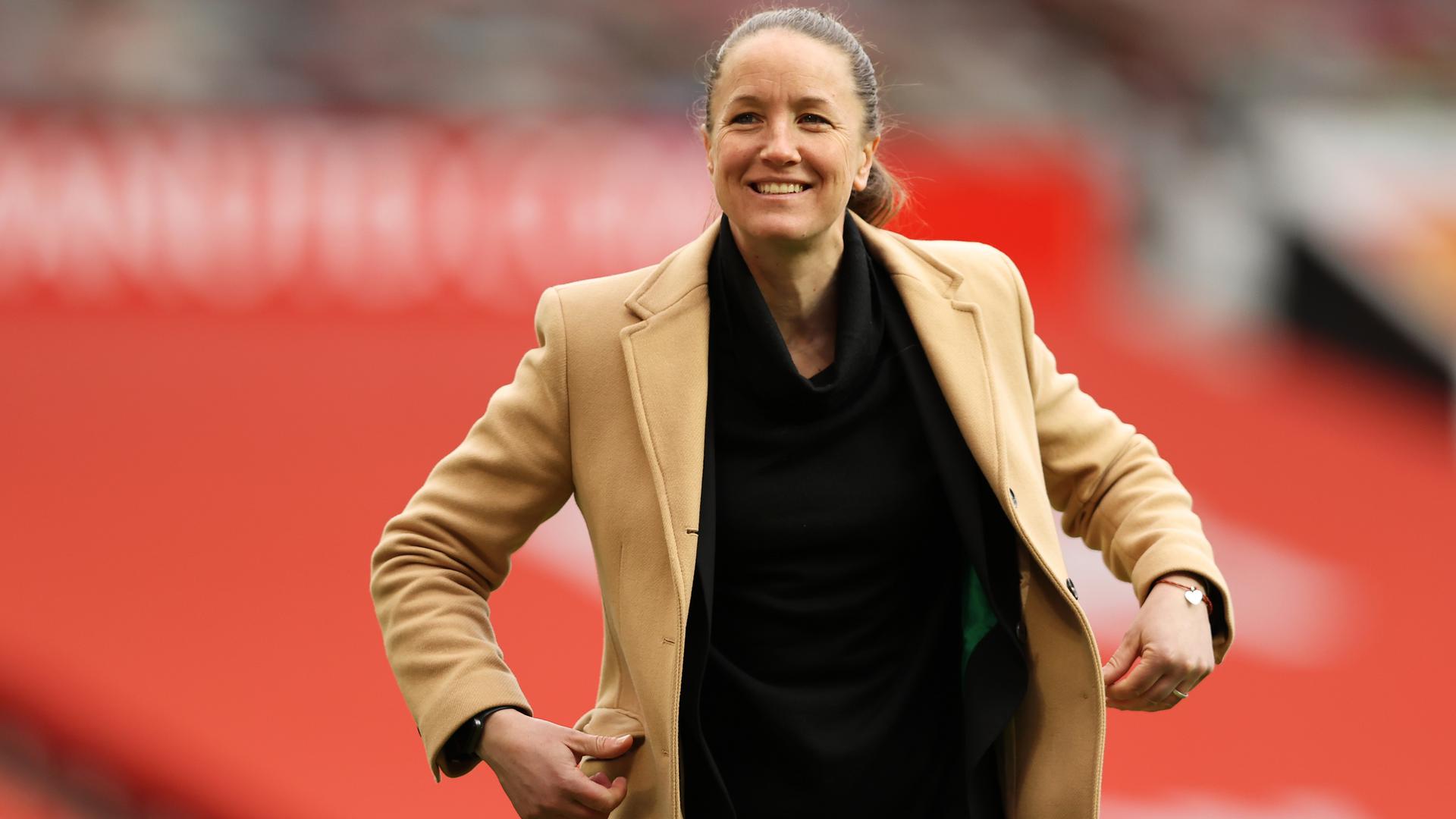 It was a momentous afternoon for our Women’s side, who were playing a first-ever game at the Theatre of Dreams, although after 45 minutes, the boss wasn’t particularly pleased with the performance from her side.

However, an excellent second period from United, that included goals from Lauren James and Christen Press, meant Casey was feeling much more upbeat after the final whistle.

“I think it was definitely a game of two halves,”

“First half, we weren’t good enough, but the players knew that, I knew that.

“We needed to make a few tweaks: move the ball quicker, play as a collective. We didn’t do that in the first half, but I have to say the response after half-time was really good.