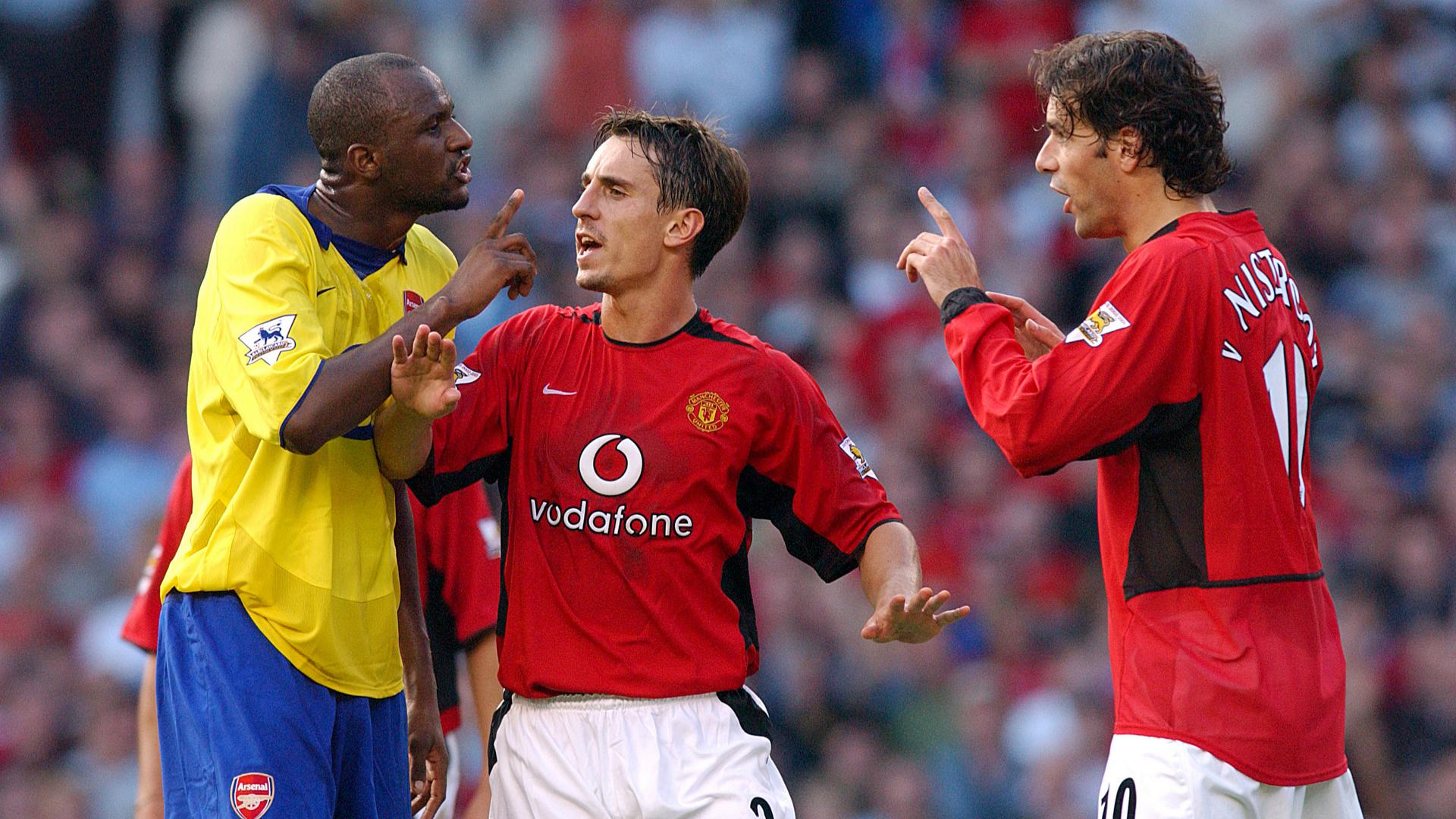 While Sir Alex Ferguson and Arsene Wenger’s sides provided some blockbuster matches at the start of the millennium, one of the most memorable battles was, in fact, a goalless draw in September 2003.

It was an afternoon in M16 filled with heavy challenges, a sending off for Patrick Vieira and a late van Nistelrooy penalty miss resulting in altercations between the players. The game is often fittingly referred to as the “Battle of Old Trafford”.

“That afternoon ignited sort of the… That was more personal towards me I recall,” Ruud reflected.

“That day and that afternoon, with the penalty miss and the red card and after the game incidents. It made it all go ballistic a little bit.”