The 2012-13 season is approaching the half-way stage and England’s top flight has been as intriguing as ever.

Whether the drama has been provided by Robin van Persie’s wand of a left foot, Marouane Fellaini’s hair-bobbing brilliance or Michu’s touch of Spanish class, there’s no denying we’ve all been suitably glued to the action.

So with the busy Christmas period now well and truly in full swing, Goal.com, with the help of our unique Ratings Index, have crunched the numbers to present our team of the season so far in England’s top flight… 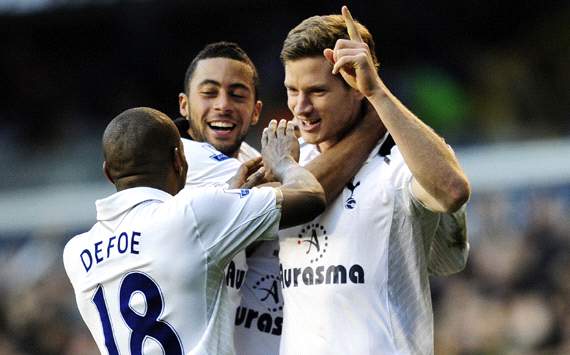 Norwich goalkeeper John Ruddy takes the No.1 jersey having played a significant role in the Canaries’ excellent start to the season. Chris Hughton’s side are flying high in seventh place and Ruddy has turned in a number of solid performances, including a man of the match display in the win over Manchester United, before being sidelined with a thigh injury at the back end of November.

The back three comprises of Everton centre-back Phil Jagielka, whose impressive showings for the Toffees have led him to becoming an England regular, West Brom defender Jonas Olsson and Tottenham’s summer signing from Ajax Jan Vertonghen – who opened his goalscoring account for Spurs with Sunday’s winner against Swansea.

Leighton Baines, who has been Everton’s Mr Reliable on the left flank in the 2012-13 campaign, is unfortunate to miss out on a place in the starting XI while the likes of Aston Villa’s Nathan Baker and Brazil full-back Maicon were on the brink of inclusion although have featured in less than 10 Premier League games thus far this season. 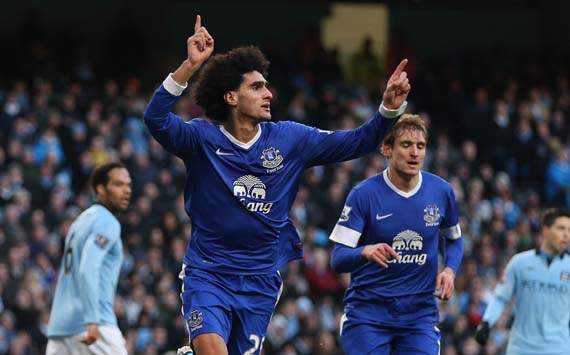 The competition is rife for a place in midfield and, after his virtuoso match-winning display for QPR against Wigan on Saturday, Adel Taarabt sneaks the right-wing berth while Marouane Fellaini slots in in central midfield having enjoyed a terrific goalscoring season to date, with eight league efforts to his name already.

Santi Cazorla has settled into life in English football following his summer switch to Arsenal, already emerging as one of the Gunners’ key attacking talents, while Chelsea star Juan Mata slots in on the left wing after a highly productive first half of the season that has yielded six league goals and as many assists.

Swansea talisman Michu earns an honourable mention as his average rating of 3.10 meant he was overlooked while the likes of Eden Hazard, Wes Hoolahan, Raheem Sterling and Anderson also narrowly missed out on a starting spot. 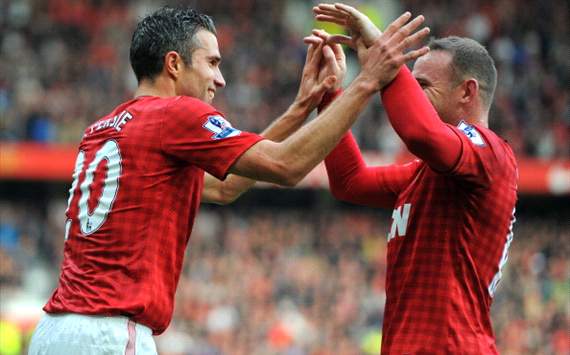 A mouth-watering attacking trio features Manchester United duo Wayne Rooney and Robin van Persie lining up together. The Red Devils’ front two have gelled to form arguably the most potent strike force in Europe with the pair having netted 19 Premier League goals between them so far.

Luis Suarez is the other forward to make the cut, with his 10 league strikes in the 2012-13 season to date undoubtedly ensuring Liverpool are not further down the table than the 12th position they currently occupy, following a testing start to life at Anfield for new boss Brendan Rodgers.

Aston Villa striker Christian Benteke’s average rating of 3.32 is not quite enough for him to earn a spot in the starting XI while Carlos Tevez, Kevin Mirallas and Rickie Lambert weren’t quite high enough up the ratings table to earn a place on the team sheet.