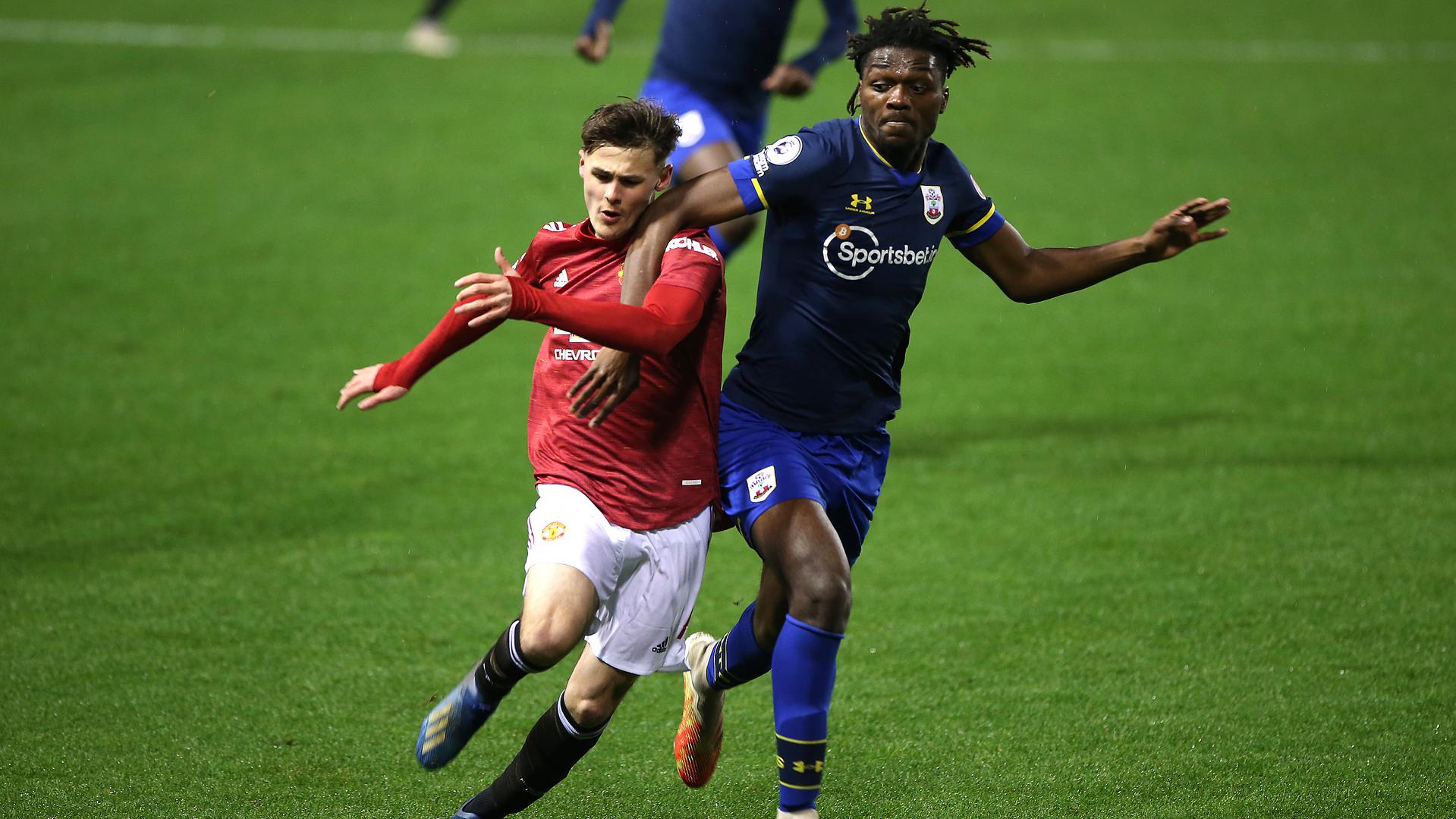 United’s second string went into this game on the back of what was something of a shock 2-0 defeat against West Ham United in our last outing at Rush Green.

Fine rain replaced the heavy snow which been falling earlier in the day but, the temperature had plummeted as the United and the Saints got the ball rolling. And it was the visitors who caught the eye in the opening minutes with a couple of rapid attacks that could have brought a goal had Paul Woolston not made a great diving save to block Dan N’Lundulu’s shot.

Five minutes later, it was United’s turn to put the Saints’ goal under threat after Puigmal’s exquisite raking pass found Elanga one-on-one with keeper Kingsley Latham. Elanga looked favourite to win the duel but it was Latham, who came out on top. Southampton’s No.1 had to deal with a similar effort from Mark Helm and Woolston was also kept well occupied to keep the lively Saints forwards.

The visitors could arguably claim that they were edging it, but in the 34th minute, it was United who moved into the lead when a promising attack was ended abruptly with a foul on Alvaro Fernandez a few yards outside the area.

Elanga was entrusted with the free-kick, which would almost certainly found the target but for Southampton’s defensive wall. Fortune favoured the Swedish flyer and he made the most of the rebound with a low sizzler. And it could have been 2-0 shortly before the break but Latham made an astonishing point-blank save to thwart Will Fish.