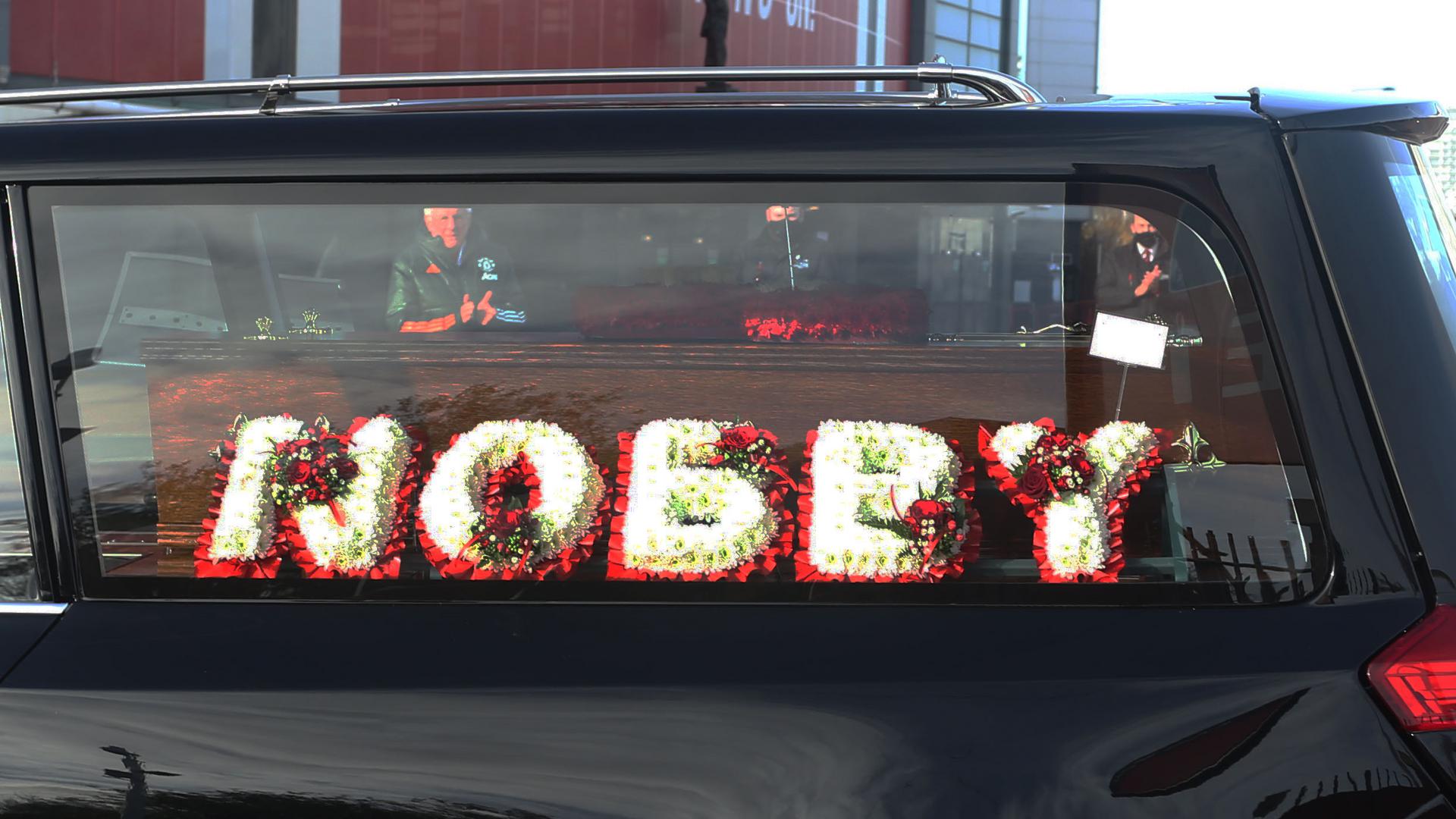 The World Cup and European Cup-winning legend passed away on 30 October, aged 78, after a long illness. A private service took place at Manchester Crematorium and on its way there, the hearse travelled past the stadium where Stiles made his name as a combative and highly respected midfielder in the 1960s.

Poignantly, it paused near the statues of Nobby’s United manager, Sir Matt Busby, and three of his most famous team-mates, namely George Best, Sir Bobby Charlton and Denis Law.

Another of his friends and former colleagues, Paddy Crerand, was among a small, socially distanced group of local fans who gathered on the forecourt to pay their respects.

“Nobby was a fanatical Manchester United supporter,” Paddy told us. “He loved the club, he loved playing for the club.