Inspired by the failure of Barcelona’s star pairing to ignite together this season, Goal looks back at a list of high profile misfiring duos

Barcelona’s signing of Neymar last summer looked to be the final piece in the jigsaw as the Liga champions paired the Brazil star with four-time Ballon d’Or winner Lionel Messi.

It hasn’t worked that way, of course. The partnership hasn’t materialised in the way the Blaugrana directors and fans would have hoped. In all competitions this season, Neymar has set up just three goals for Messi, while the Argentine star has never returned the favour.

Of course, there is still plenty of time for the partnership to develop fully, but their struggles together have inspired Goal to look at some of the other perfect partnerships that never worked out as well as expected. 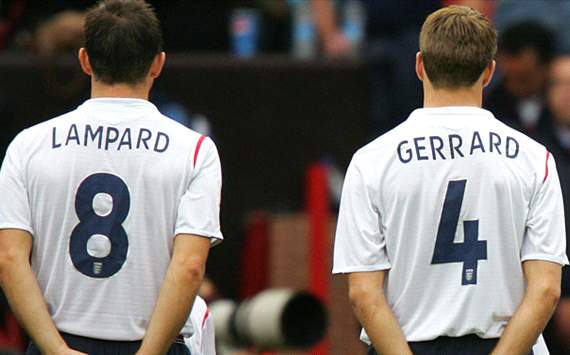 Steven Gerrard and Frank Lampard have been regarded as two of the best central midfielders in the world for some time; they are certainly two of the best the Premier League has ever seen.

However, despite their obvious talent and versatility, no England manager has ever been able to incorporate them into the national team and create a formidable partnership.

The duo have played alongside one another under different national team coaches for over 10 years, but the partnership has  never worked out as well as many had hoped.

With Gerrard now 33 and Lampard 35, it looks like we’ll all be left to ponder what might have been had a manager tinkered around enough with a formation and managed to fit them in together. 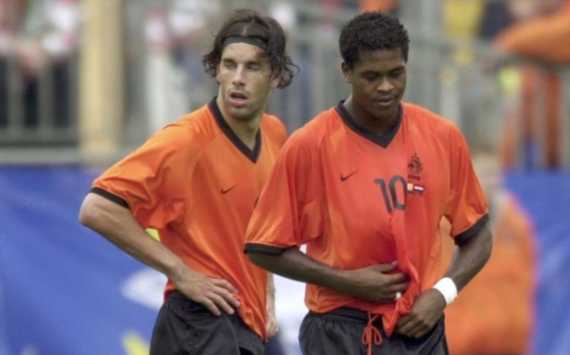 The Dutch strikers are of the same age, but their careers took remarkably different paths.

Kluivert hit the headlines as a wonderkid. He was still a teenager when he emerged from the bench in the Champions League final between Ajax and AC Milan and scored the winning goal. The youngster started at the top and stayed there until his career faded out.

Van Nistelrooy’s career had a much slower start, climbing up the ranks of Dutch football before making the big move to Manchester United at the age of 25 and later moving on to Real Madrid.

Kluivert was first selected for the Dutch team in 1994 and travelled to the Euros in 1996 and the World Cup in ‘98, whereas Van Nistelrooy didn’t make his Oranje debut until 1998.

By the time they had the chance to play alongside each other, Kluivert had already reached his peak and was in decline, whereas Van Nistelrooy was still moving forward.

When they both went to Euro 2004, Van Nistelrooy’s first major tournament with the Netherlands, Kluivert was well past his best and didn’t play at all in the competition. He was rarely involved for Holland afterwards because of persistent injuries. 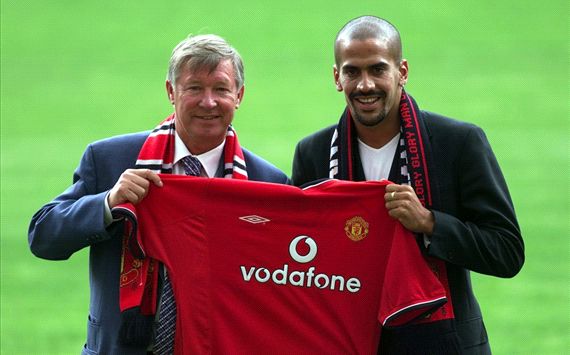 Following a successful time in Italy with Lazio, Juan Sebastian Veron made a big-money move to Manchester United in 2001.

But, with Paul Scholes’ partnership with Roy Keane something of a perfect fit, Veron’s introduction only seemed to disrupt matters as he was added to a midfield in which he didn’t fit.

As a result, it was a midfield which lacked balance and understanding and generally just didn’t work out. And, according to Veron, it was a disastrous period for him personally.

“I was never happy in England and my time there made me question my desire to continue playing. I wandered around Europe like a gypsy, without ever finding happiness or somebody who understood me.” 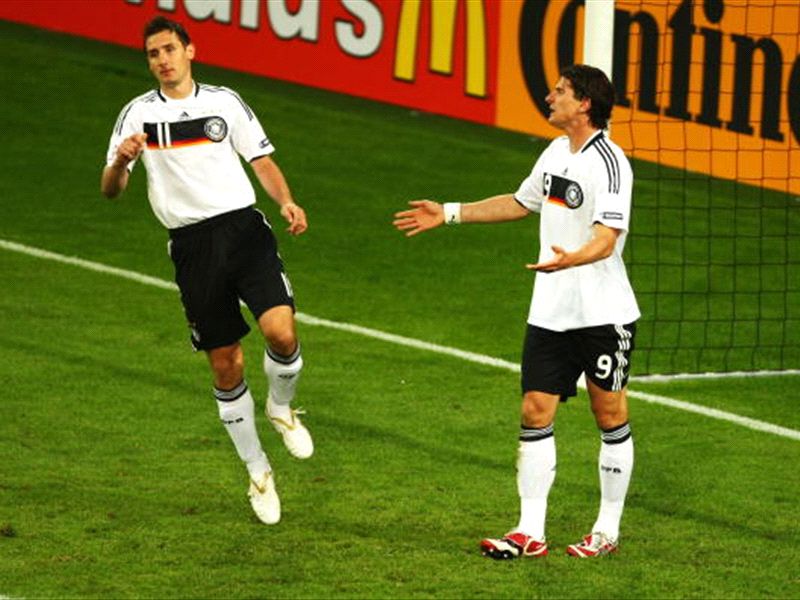 Looking to replicate the partnership Miroslav Klose enjoyed with Lukas Podolski in the 2006 World Cup, Joachim Low brought the veteran striker together with the young, promising forward Mario Gomez.

Even the best laid plans sometimes don’t work out, though, and while Germany reached the final of the tournament, Gomez was a disaster in his first international tournament, while Klose wasn’t as effective as he had been in previous years.

Since then, Low has preferred to play with one up front, with Gomez a substitute at the 2010 World Cup, with Klose leading the lines and Podolski on the wing.

Gomez got his chance as the first choice striker at Euro 2012, with Klose starting from the bench, but the days of the two playing together for any extended length of time are well and truly over. 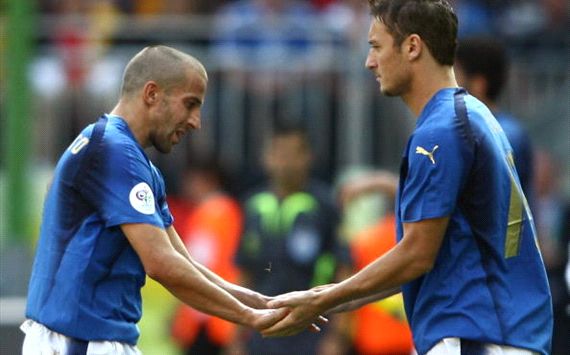 The icons of Roma and Juventus respectively, Francesco Totti and Alessandro Del Piero seemed to be the perfect duo to lead Italy to glory on the world stage.

But the pair were hardly ever paired up to spearhead attacks for the national team, having been fielded together for the Azzurri only occasionally in the build up to the 2002 World Cup and then playing only once together in the competition in Korea and Japan. Any time the duo played side-by-side, though, they were very ineffective.

With the duo beginning to get some playing time together ahead of Euro 2004, excitement began to build that they would be the main strikers under Giovanni Trapattoni.

However, Trap opted to make Christian Vieri the man to lead the line for Italy, with Del Piero and Totti spending only an hour together on the pitch as the Azzurri crashed out at the group stage.

The performances of Luca Toni and Alberto Gilardino made the prospect of the two strikers joining forces in the following tournaments unfeasible and they rarely featured together again for the Azzurri. 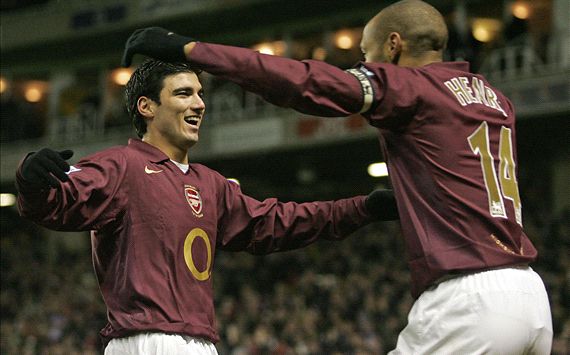 With Thierry Henry firing on all cylinders at Arsenal, Arsene Wenger felt he could get even more out of his star striker with the purchase of Sevilla star Jose Antonio Reyes.

The young forward came highly rated from Spain and it was presumed he and Henry would complement each other in the Arsenal attack.

The striker joined halfway through the Invincibles season, scoring only two goals in his 13 appearances, but in the following two seasons he failed to develop any kind of understanding with Henry and the pairing became somewhat counter-productive.

Part of the reason was down to the fact the two didn’t get along on a personal level, which was made much worse when Luis Aragones racially insulted the France striker during a game as a means to motivating Reyes during a match between the two nations.

As the relationship deteriorated, the Spaniard was eventually moved on while the Frenchman kept on banging the goals in for the Gunners.