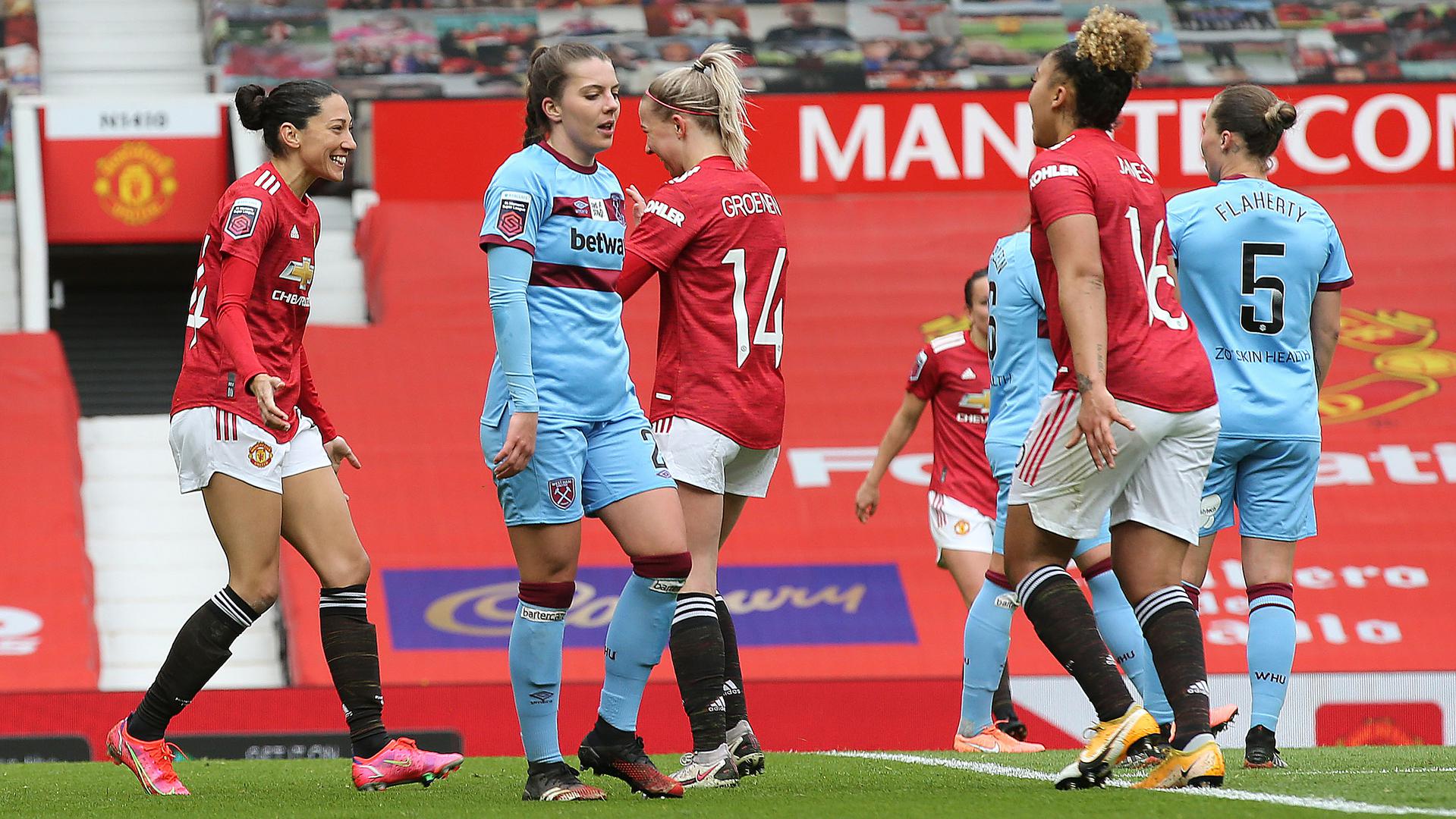 The second period was proving to be a much more open affair. Brosnan produced a superb stop to tip over Press’s powerful effort, before the lively Brynjarsdottir forced Earps into two excellent saves, once to deny a one-on-one chance and then stop a well-placed header .

United could have made it 3-0 just after the hour mark, but again goalkeeping heroics denied us a goal. This time it was Lucy Staniforth who broke forward and tried to place one past Brosnan, and the midfielder will have be disappointed with the finish as the Hammers stopper got a hand to the ball to push it wide.

James was still a huge threat on the left flank and on 71 minutes she curled a shot just wide of the far post.

The game entered a bit of a lull with the momentum broken up by a few substitutions and injuries. The Reds were still pushing on to find a third goal and the pressure was proving tough for the Hammers to deal with; so much so, that Laura Vetterein was sent off with 10 minutes remaining, for two bookings.

Amy Turner nearly netted on 87 minutes, but was flagged offside in the build-up to the chance, before Toone’s strike on target was deflected wide for a corner.

Due to the numerous substitutions and pauses for injuries, eight minutes of injury-time were signalled by the fourth official’s board, but with West Ham dropping deep it was a period that provided few shooting opportunities.

Kirsty Hanson went closest during that time but she skewed her left-footed shot wide of the target.

It proved to be the last chance of the game on a memorable afternoon for the Reds and a crucial one in the quest for Champions League football next season.