Manchester United welcome Newcastle United to Old Trafford on Boxing Day, with William Hill seemingly sure of a home victory for the Red Devils priced at 1/4 (1.25).

Sir Alex Ferguson will think his side unlucky to only take a point from their pre-Christmas draw with Swansea after creating the better chances.

But the Scot will tuck into his turkey knowing United sit top of the league – with a margin of four points between them and Man City.

Boxing Day’s clash with Newcastle is important for United to get back to winning ways as quickly as possible, at home against a side who just recorded their first win in four attempts. 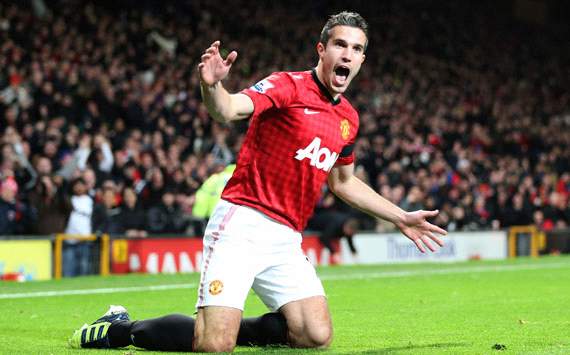 Even the draw is a distant 5/1 (6.0) – such is the expectation that United will turn on the style and provide their fans will some late Christmas presents.

The former of those prices appeals given that the hosts should have too much for a visiting side still struggling with injuries and the rigours of a draining Europa League campaign.

Two of the division’s finest finishers will be on show in Robin Van Persie and Demba Ba, who have 12 and 11 league goals respectively this season.

Van Persie looked dangerous without scoring against Swansea – mostly when he lost his cool with Ashley Williams for kicking the ball at his head – and the Dutchman leads the betting to break the deadlock this time at 5/2 (3.50). That’s a fair price for one of the most talented forwards in the league and should attract plenty of support from punters.

Rooney looked out-of-sorts against the Swans and could be dropped for the Newcastle match, while Ba is a decent bet to strike anytime at 7/2 (4.50).

and read more of his work here