While David Moyes spoke of a renewed sense of confidence following his side’s recent victories, Al Hain-Cole saw nothing to suggest they can end their neighbours’ derby dominance

Manchester United will be looking to deal Manchester City’s title aspirations a blow when they welcome their neighbours to Old Trafford on Tuesday.

David Moyes’ men will be in high spirits after following up last week’s Champions League comeback against Olympiakos with victory over West Ham on Saturday and are available at 12/5 (3.40) with Paddy Power to come out on top against their local rivals. 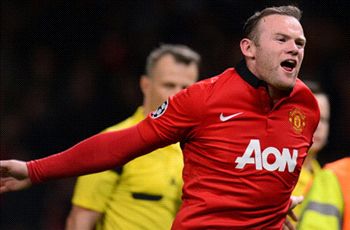 Having recorded a convincing 4-1 win in the reverse fixture back in September, the visitors are 6/5 (2.20) favourites to complete the double over their neighbours by collecting all three points.

There have been no draws in any of the last nine meetings between the teams, but you can get odds of 12/5 (3.40) on them sharing the spoils this time out.

After enjoying possibly his best week of a tumultuous debut season at Old Trafford, Moyes claimed that his team have rediscovered a fresh sense of belief just in time for the big match.

However, while victories over Olympiakos and West Ham are one thing, it will take a much higher level of performance to overcome a City side that have won four of the last five derbies in the Premier League, scoring 15 goals along the way. 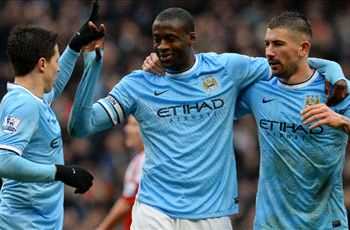 Unfortunately for the Red Devils, their previous results in high profile games suggest they will struggle to reach that level on Tuesday, having lost comprehensively against Manchester City, Chelsea and Liverpool so far this campaign.

The defeat against Liverpool in their last home league game provided particularly stark evidence of how far United have fallen behind the title contenders this season, as their guests sailed to victory without ever really being required to hit top gear.

Having offered a timely reminder of their attacking prowess in Saturday’s 5-0 win over Fulham, Manuel Pellegrini’s men must be backed at 6/5 (2.20) to come out on top once again over their neighbours, maintaining their title tilt in the process.