Manchester United led tributes from several English clubs on Tuesday to the 96 Liverpool fans who died at Hillsborough.

On the 25th anniversary of the disaster, United published an image on their official Twitter account to show their support for the families of the victims, in solidarity between the two rival clubs.

A memorial service is to be held at Anfield from 14.45BST, featuring readings from both Liverpool manager Brendan Rodgers and Everton counterpart Roberto Martinez, with a minute’s silence set for 15.06BST, the time at which the game was stopped as a result of the fatal crush in 1989. 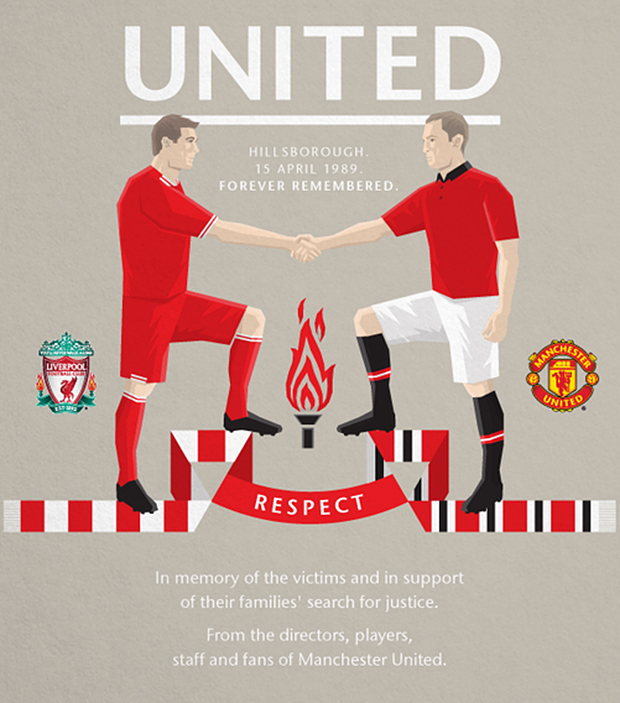 Many other teams also sent messages of support. “Flags are at half-mast at the [Stadium of Light] as #SAFC pays its respects on the 25th anniversary of the Hillsborough disaster,” wrote Sunderland.

“Twenty-five years ago today, 96 [Liverpool] supporters went to a game but never came home,” said Everton. “We will never forget them #MerseysideUnited”

Tuesday’s commemorations follow a weekend in which all English ties kicked off seven minutes late following a minute’s silence at every ground.