The Red Devils are on the verge of becoming league champions as they entertain a Villa side fighting relegation, tipster Hugh Wilson expects both teams to score on Monday

With Tottenham Hotspur beating Manchester City yesterday, Manchester United have the chance to secure their 20th Premier League title at home to Aston Villa tonight. Sir Alex Ferguson’s men currently sit 13 points ahead of their Manchester Rivals with only five matches to play.

The leaders go into the game on the back of a scrappy 2-2 draw away to West Ham, with Robin van Persie making sure the points were shared with a late strike. 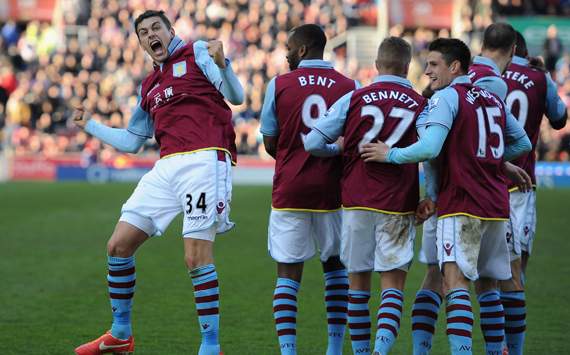 There are bound to be nerves around Old Trafford on Monday, but Bet365 can’t see anything other than a United win and they price the soon to be Champions at 1/4 (1.25) to come away with victory.

Aston Villa have started to find some form at the vital time of the season. The Villains have won 10 points out of an available 15 in their last five matches, and they currently sit just outside the relegation places, three points ahead of Wigan.

Paul Lambert’s men have only beaten United once in their last 37 meetings, with United turning round a 2-0 deficit earlier on in the season to win 3-2 with a hat-trick from Javier Hernandez. Villa are huge underdogs at 12/1 (13.00) with Bet365 to win at Old Trafford. The same firm price the draw at 23/4 (6.75) but this is worth avoiding as United have yet to be held at home this season. 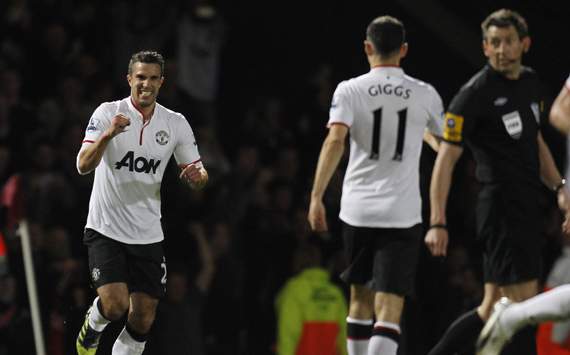 Although United have run away with the league this term, defensively, they haven’t been at their strongest. The Red Devils have conceded on average just over a goal per game. The both teams to score bet in this fixture looks like a brilliant price, with Bet365 pricing it at 5/6 (1.83).

Had you backed this bet in United’s last nine home league games, then it would have paid out on six occasions. Add into the equation that Villa have scored in each of their last eight away matches, this bet seems too good to miss.

For those looking for more value, it’s worth looking at the winning margin.

It’s tough to see past United winning, but for more value, Ferguson’s men to win by one goal is worth investing in at 3/1 (4.00). This bet would have paid out in almost half of United’s home league games this season.