It’s the closest thing to football that non-football fans have to tweet about, so this is a crossover episode. What if we kidnapped all 20 current Premier League managers and airdropped them onto the Love Island…island*? Who would go first? Who would take home their half of the £50,000 prize?

​
​*Turns out it’s actually in Cape Town, which is not an island, or even a peninsula. Strength: Tall. Love Island people like you to be tall

Alas, Jurgen is asked politely to leave in pre-production when every single other island-mate admits to the casting directors that they’re ‘creeped out by his demeanour, words, teeth and the way he is as a human being’. Will come into the villa, immediately try to ingratiate himself with all of the girls by being way too friendly. All the guys hate him for thinking he’s better than them, none of the girls couple up with him because while he’s not threatening, he’s also completely sexless. And a little bit desperate. Uses the line ‘I’ve been in a villa before – Aston Villa’ precisely once before everybody forgets he exists. His departure isn’t even tweeted out by the show’s account.

Strength: Glo’d up after his 20s

Weakness: Didn’t glo up that much

Leaves the villa within the first week on medical grounds after contracting what the on-site medics call ‘historically unprecedented’ levels of sunburn, new rules surrounding treatment of gingers are introduced to Ofcom’s 2021 guidelines. Strong start, but his insistence on wearing his yellow Catalan independence ribbon pin even when he’s shirtless by the pool becomes a problem. His impromptu nipple piercing gets infected, he’s laid low by his own philosophy and has to be taken to hospital on a helicopter. Weakness: Smells faintly of cabbage since The Incident

Dunno. He’s Steve Bruce, isn’t he? There’s nothing that can happen to him on Love Island that can be funnier or more humiliating than someone throwing a cabbage at him at his place of work, on TV. That fearlessness will keep him in the villa for a little while. Strength: Is none of the above men

Weakness: Really has nothing else to recommend him

Keeps talking about how good looking he was in 1999, but seems not to realise that 21 years have passed and none of that’s actually relevant to the fact that he looks a little bit like Gollum and none of the people he’s trying to impress care about his former glories. Strength: Knows what an ostrich is

Gruff and slightly intimidating, Pearson will be a viewers’ favourite when he’s talking straight to some of the snakier fellas in the group. He is, however, also Nigel Pearson. He once fought off five wild dogs while hiking in the Carpathian mountains. Potter will *ahem* potter around the gaff, couple up with a nice, quiet, unassuming girl and they’ll sit nattering away quietly to each other in the background while all the drama erupts. Voted off by viewers because honestly, who cares? Tallish, handsome in a rugged, slightly caveman-y way, and has a German-speaking pal in Ralph Hasenhuttl. What could go wrong?

Oh. Yeah. At some point he has to open his mouth and say words in a voice that couldn’t fit him less if it was a size 2 skater dress. That is no-one’s type on paper. Sit back for a second and imagine Brendan Rodgers cracking onto you. There’s a complete self-assuredness that’s mildly captivating at first, the feeling that his confidence couldn’t be coming from nowhere. Then you spend time with him and he keeps making up stories about times people came up to him on the street to praise him, and he puts your name in an envelope, and it’s all a bit…no thanks. Ralph Hasenhuttl wears trackies that really, really hug his calves and buttocks. That’s about all we’ve got here. Weakness: Not entirely sure if he’s human or a piece of granite that wished upon a star and gained sentience

Dyche will make it into the later stages of the show more or less by accident, with everyone – casting directors, other islanders, TV audience – assuming that he’s just a member of show security who wanders into shot by accident sometimes. Never shows up for meals, but sustains himself by worm-hunting at night. Strength: Overperforms with the materials available to him

Weakness: Doesn’t have it in him to make a title challenge

Mystery. No idea how this happens, but it does. There will be a spin-off show dedicated to figuring it out, with ‘body language experts’ and former islanders. They will come up blank. Look, you don’t go on Love Island unless you’re looking for a bit of cash – whether that’s from the Instagram advertising you’ll do for a year afterwards or from actually winning the thing. Without wishing to be cynical, the fact that Roy is 72 years old and has a long history of Premier League wages saved up in a bank account might tempt somebody equally cynical to see if they can’t recreate some kind of ‘black widow’ trope. Weakness: Was in a sex tape with Weakness: Got rattled by Neil Warnock once

Nuno is the closest thing the villa will have to a 2020 hipster. He’s tall, he’s beardy, he’s youngish – he might be the most eligible bachelor in the whole thing. He’s the absolute epitome of ‘my type on paper’…

But he’s also well grumpy, which might be a problem. Weakness: About 20 years past his prime

C’maaaaan. Carlo is the smoothest man in football, never mind in Premier League management – he’s going to make food, he’s going to whisper lovely Italian words in people’s ears and he’s going to keep morale high among all the men be being absurdly likeable. It’s what he does. Weakness: Hair is, if anything, a little too perfect. It’s Lego hair.

The young pretender, the newbie, Wenger 2.0. Arteta is impeccably dressed, fit, and will absolutely clean up at the villa (even at just 5’9). However. 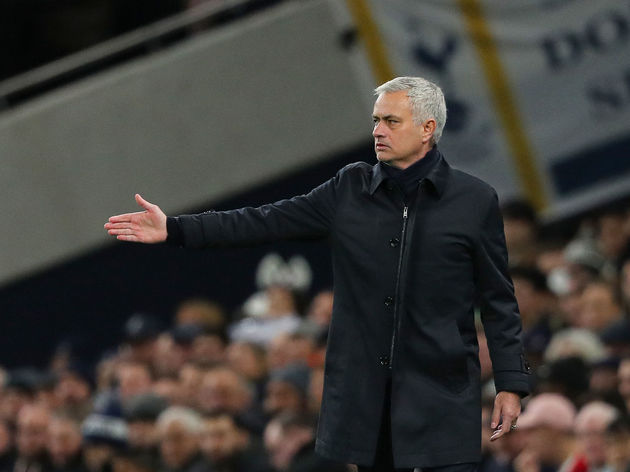 Jose was pretty dreamy when he arrived in the Premier League in 2004, but he’s 16 years and half a dozen sackings removed from that now. He’s a little greying, he’s got more of a hang-dog expression than ever. But it doesn’t matter.

Some people have an energy about them. Call it a Vibe, call it BDE, call it whatever you want – there are people who you can tell, by looking at them, that they f–k. That’s not to say ‘they’ve had sex’, they specifically f–k. With that emphasis.

If there’s a man in football with that energy, it’s Jose Mourinho. The first time I was aware of this was watching a charity game on ITV with an ex-girlfriend, who let out a big sigh and said ‘ooh……..Jose.’ ‘What?’ ‘Jose Mourinho!’ ‘No, I got that, I…what?’ ‘Oh. He f–ks. Look at his eyes, you know he f–ks.’

Could count on one hand the number of women who have disagreed with this in the couple of years since. Why does Jose Mourinho win Love Island? Because he f–ks.