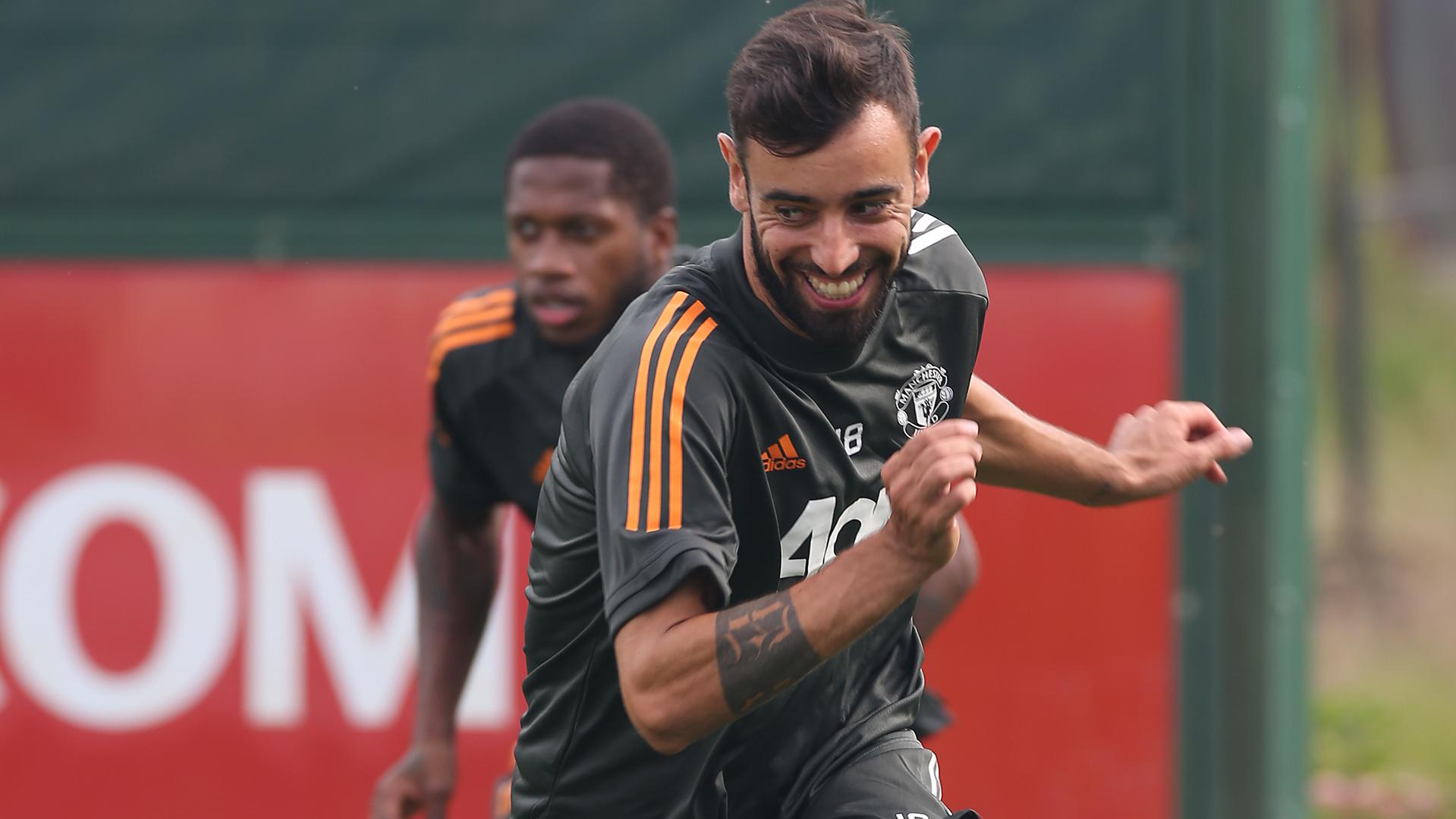 The influential midfielder was one of several players who missed last weekend’s friendly against Aston Villa after participating in UEFA Nations League fixtures, in his case with Portugal. Our no.18 also wished to stay beside his wife following the birth of their second child late last week, which he later announced on Instagram.

Fernandes is now back at the Aon Training Complex and is pictured working hard with his team-mates in our gallery of exclusive images, captured during an intense and upbeat session earlier today.

As you can see, Bruno was joined in training by our summer signing from Ajax, Donny van de Beek, who could make his official debut wearing the no.34 against the Eagles this weekend.

David De Gea, Aaron Wan-Bissaka, Eric Bailly, Victor Lindelof, Fred, Nemanja Matic, Paul Pogba, Mason Greenwood and Anthony Martial are also pictured in our gallery, which is a huge positive after that group of Reds all missed our only pre-season friendly of the summer at Villa Park.