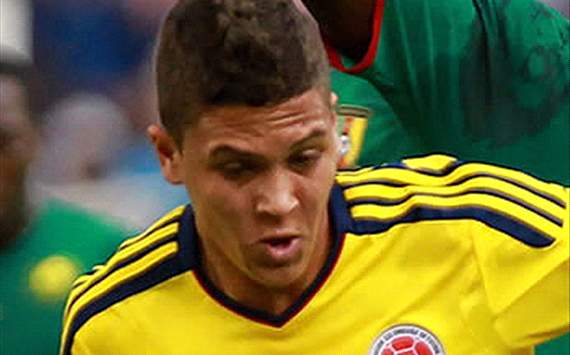 Atletico Nacional midfielder Juan Fernando Quintero has admitted that it would be a “dream” to join either Manchester United or Manchester City.

The 19-year-old has reportedly attracted interest from a number of Europe’s top clubs after string of impressive performances since moving from his homeland of Colombia last year on loan to Pescara.

Yet, Quintero – who is valued at £8 million – is undecided on where his future lies, though he has revealed that a move to Serie A giants Inter would be his preference.

He told Gazzetta Dello Sport: “I like Inter because there are a lot of South Americans and I like Italy, but it’s obvious, I won’t say no to other top teams.

“I dream Milan, Juventus, Manchester. I will choose with my family and my agent. I’m fine at Pescara, I like the fans and there my child Maria Josè was born.

“My favourite role is trequartista, but I have to grow and keep working. My idol is Rivaldo. When I was kid I always wanted to see him playing at Barcelona, Milan and Olympiakos.”