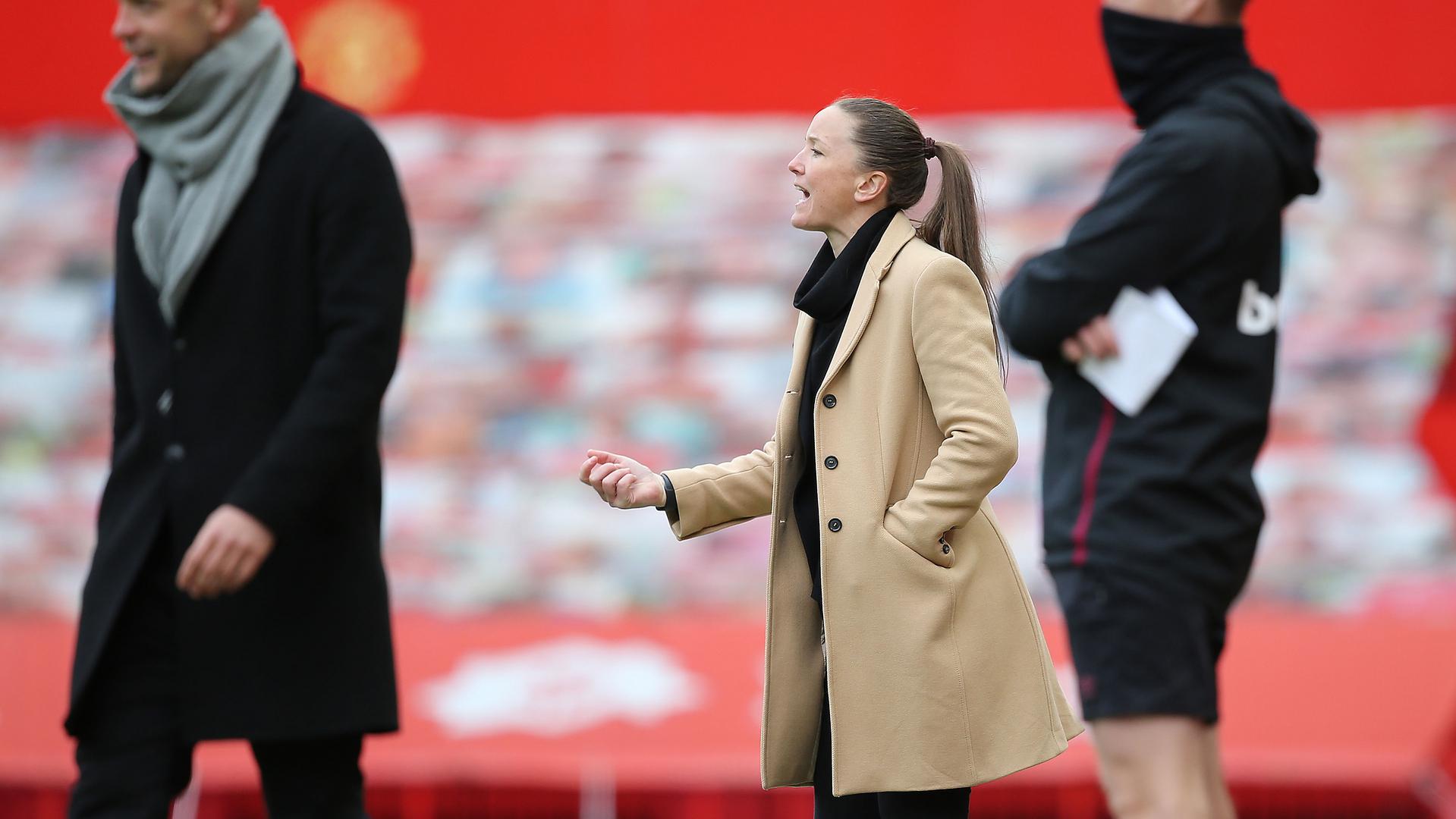 The encounter with Brighton at The People’s Pension Stadium kicks off at 14:00 BST on Sunday. When the sides met at Leigh Sports Village last October, goals from Ella Toone, Alessia Russo and Jane Ross secured a convincing 3-0 win for the Reds.

Brighton go into the second clash with United following a disappointing 5-0 home defeat to Everton last weekend, but Casey is wary of the response that Hope Powell’s side could muster at the weekend.

“Sometimes you’re playing against a wounded animal that wants to come out and fight,” Stoney said.

“Obviously, they’ve come out of a big defeat, it’s not a pretty surface down there in terms of the playing surface, so it’s definitely not going to be like Old Trafford. We have to adapt slightly.

”We have to focus on us, we have to focus on what we can do, we have to be hard to beat, we know that. They’re a more direct team than what we’ve played against recently. I think we are prepared, we got a good week’s training and go down there and [will] do everything to get three points.“