The two Manchester clubs look set to battle it out for the Premier League title alone after their latest victories on Sunday.

First, Manchester United beat rivals Liverpool 2-1 at Old Trafford, despite a second half revival from Brendan Rodgers’ side, before Manchester City secured three points with a convincing 2-0 victory over Arsenal.

Roberto Mancini’s side may be seven points adrift of the leaders, but the performance at the Emirates Stadium indicated the title race is very much a two-horse race.

Chelsea may remain an outside bet after their convincing 4-0 victory over Stoke on Saturday, but the likes of Arsenal and Liverpool have been left flagging far behind. 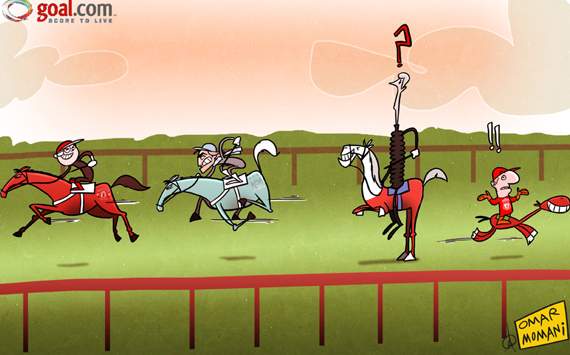