For a few minutes at Craven Cottage on Saturday, the pitch looked as black and empty as the scoresheet when the floodlights cut out during Fulham v Manchester United.

When power was eventually restored, the goals still would not come until, in the 79th minute, the light finally shone on Wayne Rooney, who continued his recent renaissance with a curling finish.

Martin Jol’s men were left fumbling in the darkness as the United hero ensured that the spotlight was all his, the goal putting 10 points between his side and rivals Manchester City ahead of the Premier League title-holders’ Sunday clash with Liverpool. 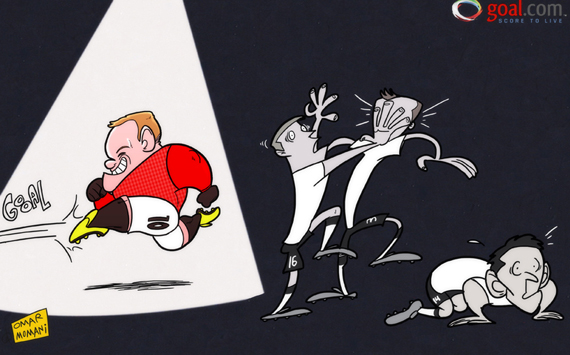