While United decided against seriously pursuing Fernandes last summer, the goalscoring midfielder has become the club’s primary target this month following several below par displays in the first half of the season. Creativity in midfield has been a particular concern. The Daily Telegraph that reports of the 25-year-old’s decision to tell Sporting that he is ready to move if a deal is put in place. It isn’t quite as severe as a formal transfer request, but it lets the Primeira Liga side know of the player’s desire and intentions.

The Telegraph report notes of a meeting between United officials Ed Woodward and Matt Judge and Sporting president Frederico Varandas at the club’s London offices last week. ​BBC also confirm the talks have taken place, though no fee has yet been agreed.

It is said that United were put off Fernandes back in summer due to an excessive price tag. That was the same reason Tottenham failed to sign, the player himself admitted in September.

Having missed the chance to sell their star man by asking for too much, Sporting’s demands appear to be less this time around. It has been reported elsewhere that United are preparing a formal offer worth £65m after failing with a cash plus player part-exchange proposal. 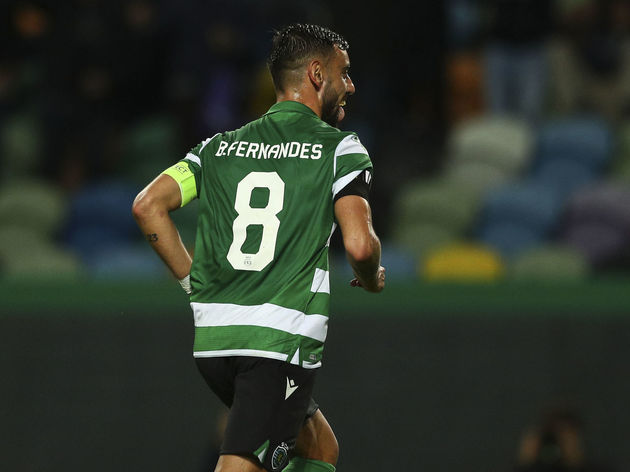 Sporting were seemingly uninterested in Marcos Rojo, who left the club in 2014 to join United, former Portugal Under-21 goalkeeper Joel Pereira or Angel Gomes, whose father is Portuguese.

Sky Sports reports to the contrary that United are willing to let Rojo go and that Sporting would discuss the inclusion of other players if the Argentine opts not to be part of it.

United have otherwise been tipped to now offer a £50m basic transfer fee, plus a further £15m in add-ons. Whether Sporting would find that acceptable remains to be seen. The Telegraph claims still Sporting value the player up to £68m (€80m), with United thinking closer to £50m.

It certainly seems as though a compromise would be possible looking at the numbers involved. If United so sign Fernandes, it will likely be the biggest deal of the transfer window.

In a bid to strengthen, the club had also been briefly linked with Ajax star Donny van de Beek. However, the 22-year-old quickly ruled out a move away from Ajax before the end of the season. “I have said it before and I will say it again – I will remain at Ajax this season, and maybe next season as well,” Van de Beek explained. “These reports about Real Madrid or Manchester United are a good sign, but it is not important now.”