Despite dominating the first leg, Pep Guardiola’s men couldn’t turn possession into a positive result and our tipster suspects we could be in for a similar kind of game in Bavaria

Manchester United and Bayern Munich meet in the second leg of their Champions League quarter-final with both sides still in the hunt for qualification.

Pep Guardiola’s side boasted 70 per cent of the ball in the first leg, as well as easily beating United on the corner and shots count. They may have won those battles, but the scoreline reads 1-1 as they face each other on Wednesday night, which begs the question of which way the tie will go. 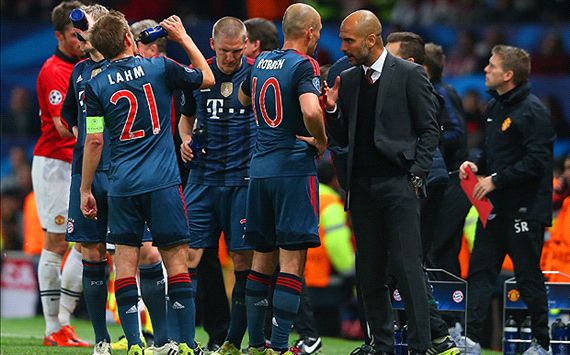 Bayern will be hopping they can turn all their possession into goals in the second leg, but United weathered the storm at Old Trafford last week, and some would argue the home side should have been out of sight by the time Bayern equalised so the second leg promises to be a fascinating encounter.

Munich are huge favourites for this clash, with bet365 pricing them at 2/7 (1.29). United are a massive 10/1 (11.00) to take the victory on the night, a price which may not be worth backing outright, but does make for interesting markets when looking at the handicap field.

A bet that seems to jump out of the page is United +2 at 11/10 (2.10) with bet365. The away side have a fantastic record in the Champions League this season, and over the past years. This bet would have landed in all but three Champions league matches United have been involved in since May 2007.

Two of those occasions were final defeats against Barcelona with the other coming against Olympiakos earlier in this season’s competition. However, when you consider it would have landed in 69 of their last 72 Champions League matches, United don’t tend to suffer heavy defeats in Europe and if they can show similar resistance as they did in the first leg. 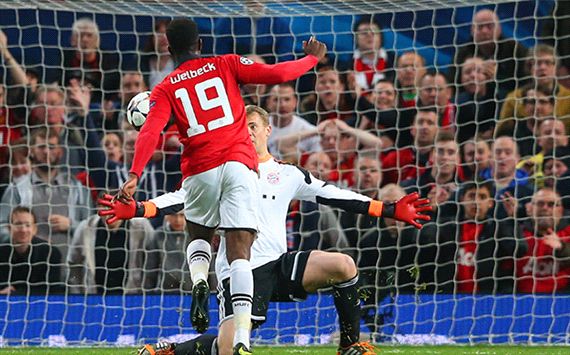 Another market that offers an interesting price is which team to score first. Munich unsurprisingly are favourites at 2/11 (1.18), but David Moyes’ men are priced at 15/4 (4.75) which could certainly offer some value with bet365.

The Red Devils have a good record when it comes to breaking the deadlock, with this bet landing in nine of their last 11 games in this competition.

The visitors also have the best record in the Premier League away from home, picking up 33 points away from Old Trafford, more than Liverpool (31), Manchester City (28) and Chelsea (25). David Moyes has made reference to the fact his side have benefited from a lower level of expectation on their travels and he’ll be hoping for a repeat of past away day successes at the Allianz Arena.

With Bayern looking to sieze the initative and put United under heavy amounts of pressure as they did at Old Trafford, Moyes’s side will welcome playing on the counterattack.

In a similar story to the first leg at Old Trafford, you can expect the visitors to use the pace of Antonio Valencia and Danny Welbeck to stretch the Munich defence and keep the tie competitive.

It’s also worth looking at Munich’s recent form, with Guardiola’s men conceding in eight of their last nine matches as well their record at home to English sides, with Manchester City and Arsenal both causing problems at the Allianz Arena in recent years and offering hope that United could find the net first on Wednesday night.