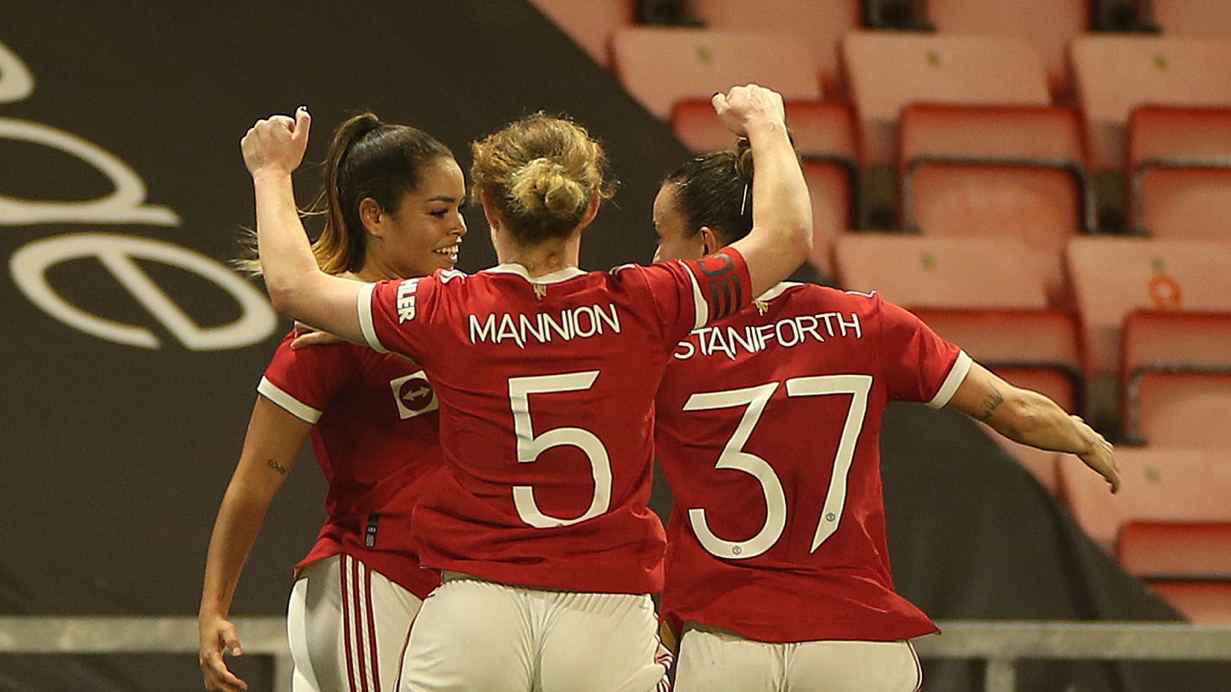 United dominated the early proceedings of a frenetic second half, but were unable to find clear-cut chances through the City defence. The visitors soon found their rhythm once again, although it stuttered with the regular changes made. The game opened up, and Marc Skinner turned to Alessia Russo early on after Martha Thomas picked up a knock. Soon it was Leah Galton and Ella Toone joining as well.

It became end-to-end and, in such an environment, United’s many quick players thrived. Substitute Russo perhaps should have scored when given time in the box to shoot, right-footed, at Taieb. The 32-year-old ‘keeper parried out for her defender Demi Stokes to clean up, but Ona Batlle showed great persistence and determination to outmuscle Stokes, steal the ball back and finish into the far left of the goal.

Tension mounted as City sought an equaliser to send the game to penalties. United cleared off the line after a scrappy, pinball chance in the 88th-minute, but managed to hold out for a crucial three points that sends the Reds second in Group B of the Conti Cup. Marc Skinner’s side trail City by a point but have played one game less.