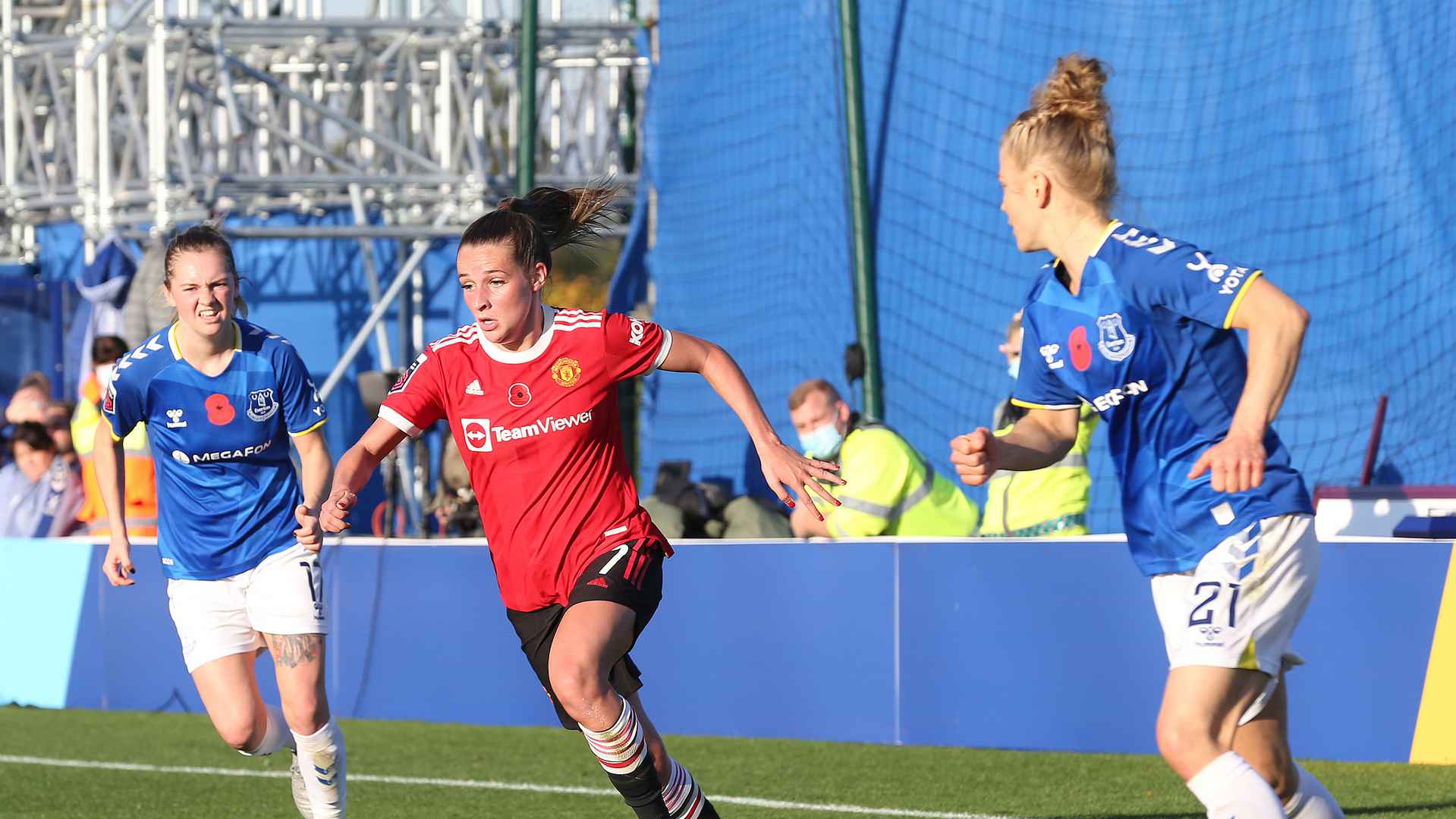 Taking place on Remembrance Sunday, the match was preceded by the playing of the Last Post, with both managers and captains laying poppy wreaths to pay respects to those killed in conflicts around the world.

Kicking off the first half, the Reds were putting the hosts under pressure from the word go – even having a set-piece chance after Martha Thomas was fouled in the first minute, although Katie Zelem’s delivery was cleared. A chance then came the way of Vilde Boe Risa, who let fly from range, but saw her shot wide to the left of goal.

The Toffees were looking to grow into the game when they turned over possession deep in United territory, with Hannah Blundell clearing with a ball across the penalty area to Alessia Russo. As Russo drove out she played in Thomas wonderfully, who cut the ball across to Toone on the edge of the area. Completing a lethal counter attack, Toone fired the ball into the net for 1-0.

Having gone behind, Everton had an opportunity to create a leveller with a free-kick, but Izzy Christiansen’s floated delivery was easy for Mary Earps to claim. Kenza Dali then found Claire Emslie in behind who, in trying to chip Earps, lifted her shot over the bar.

It might have been 2-0 around the half-hour mark when Russo won a corner following the sort of work that had seen her dominate the right-hand side. Thomas flicked on Zelem’s cross with her head, but Aoife Mannion couldn’t quite do enough to turn the ball into the net.

Toone worked an opening when taking on her defender 1-on-1, but lifted it over. Meanwhile Everton were digging deep to try and find an equaliser before the break as Valerie Gauvin first miskicked when in the box and saw a tame header saved. Emslie then hit the crossbar having had a go from distance.