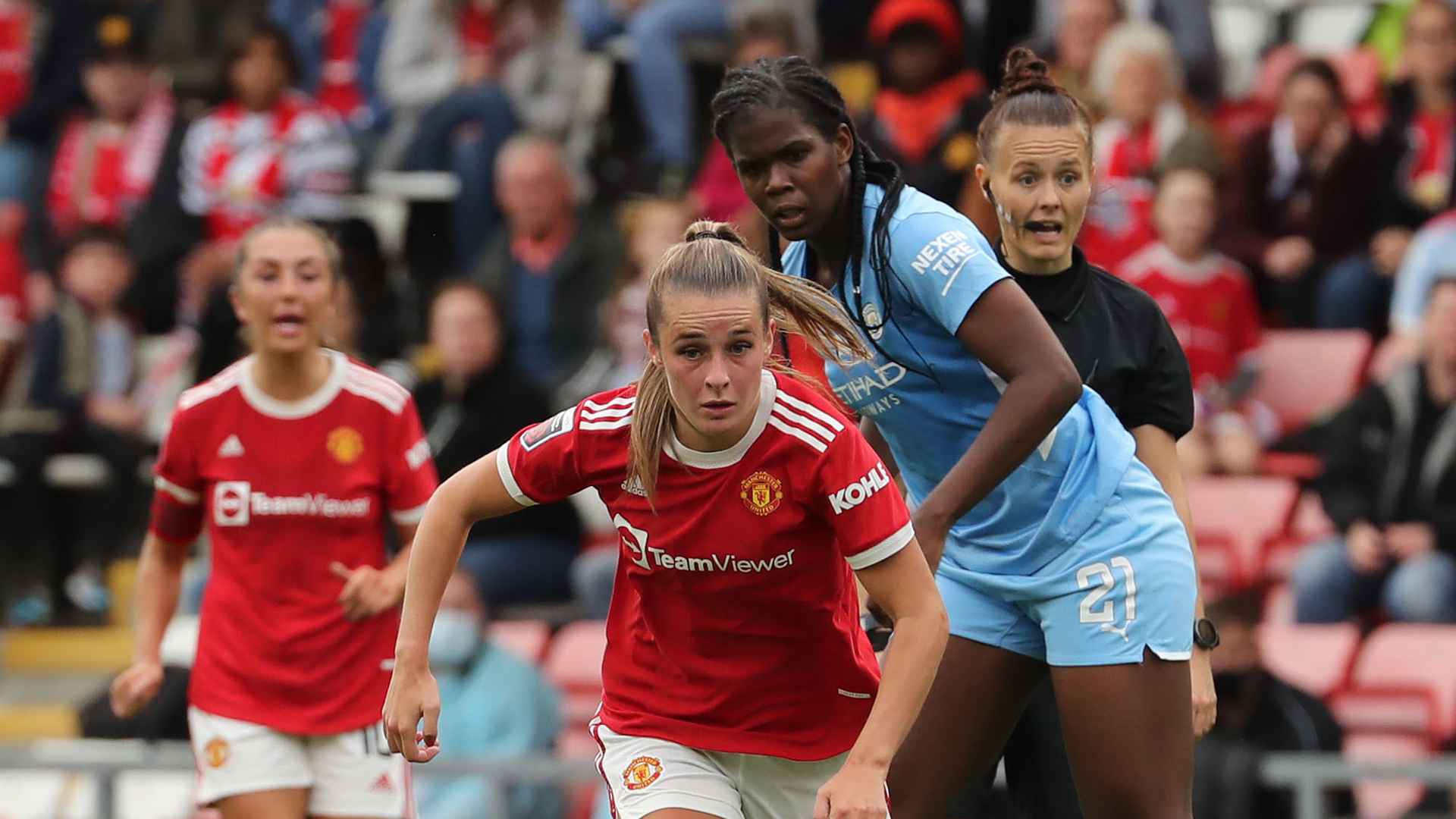 Although United Women were only formed three years ago and began life one league below City, there have been seven competitive meetings so far. In fact, those fixtures are condensed into an even tighter timespan as the first derby clash came in September 2019 following the Reds’ promotion from the Championship. The Blues won that historic encounter 1-0 and have triumphed in a total of three derbies, while United have two victories – both of which were in the Continental Cup, including last season’s 4-3 penalty shoot-out success when their group game ended 0-0. Last month, the rivals served up the second of their two 2-2 draws as Lucy Staniforth, Alessia Russo and then City’s Ellen White all scored in a frenetic seven-minute spell towards the WSL derby’s denouement. Khadija Shaw’s first-half opener came just after her Blues team-mate Georgia Stanway was sent off.