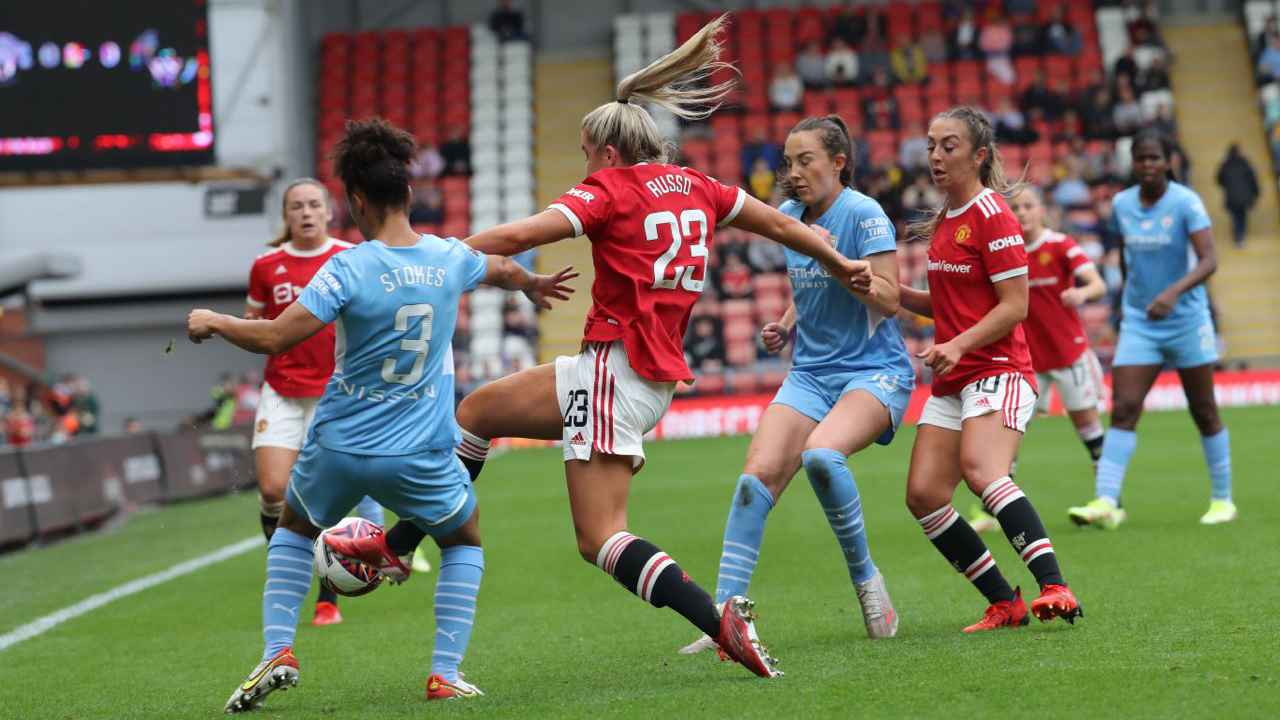 United showed signs of quality throughout the first half, particularly through good combination play on the left wing with Ona Batlle and Leah Galton, but were the lesser of the teams. The Reds were clearly up for the challenge, regularly winning second balls, but lacked enough vigour in attack to break down the City defence.

Mary Earps had to be in fine form, first denying Janine Beckie from close range as the American got on the end of a curving left-footed cross from Lauren Hemp. A couple of minutes later, Earps was assisted by Maria Thorisdottir, who cleared a Hemp header off the line.

United did threaten from time to time – Hanson with a left-footed curler, spinning with her back to goal on the edge of the box – but the first half was a cautious one. Any such caution was thrown to the wind by Georgia Stanway when the City midfielder, filling in at right-back for the day, lunged at Galton’s leg, unintentionally stepping into her quadricep. The referee took a couple of seconds to ponder her decision before sending Stanway off.

The momentum should have swung United’s way, but if it did, it was only temporary. Two minutes later, Bunny Shaw put City ahead, heading home unmarked in the centre of the box. The cross came from Demi Stokes.

By half-time, that lead could have been doubled. Stokes floated a crossfield throughball for Hemp to explode onto and the English winger beat Batlle before sending a teasing ball that evaded two players and then bounced past the post without the crucial contact needed to turn it goalwards.