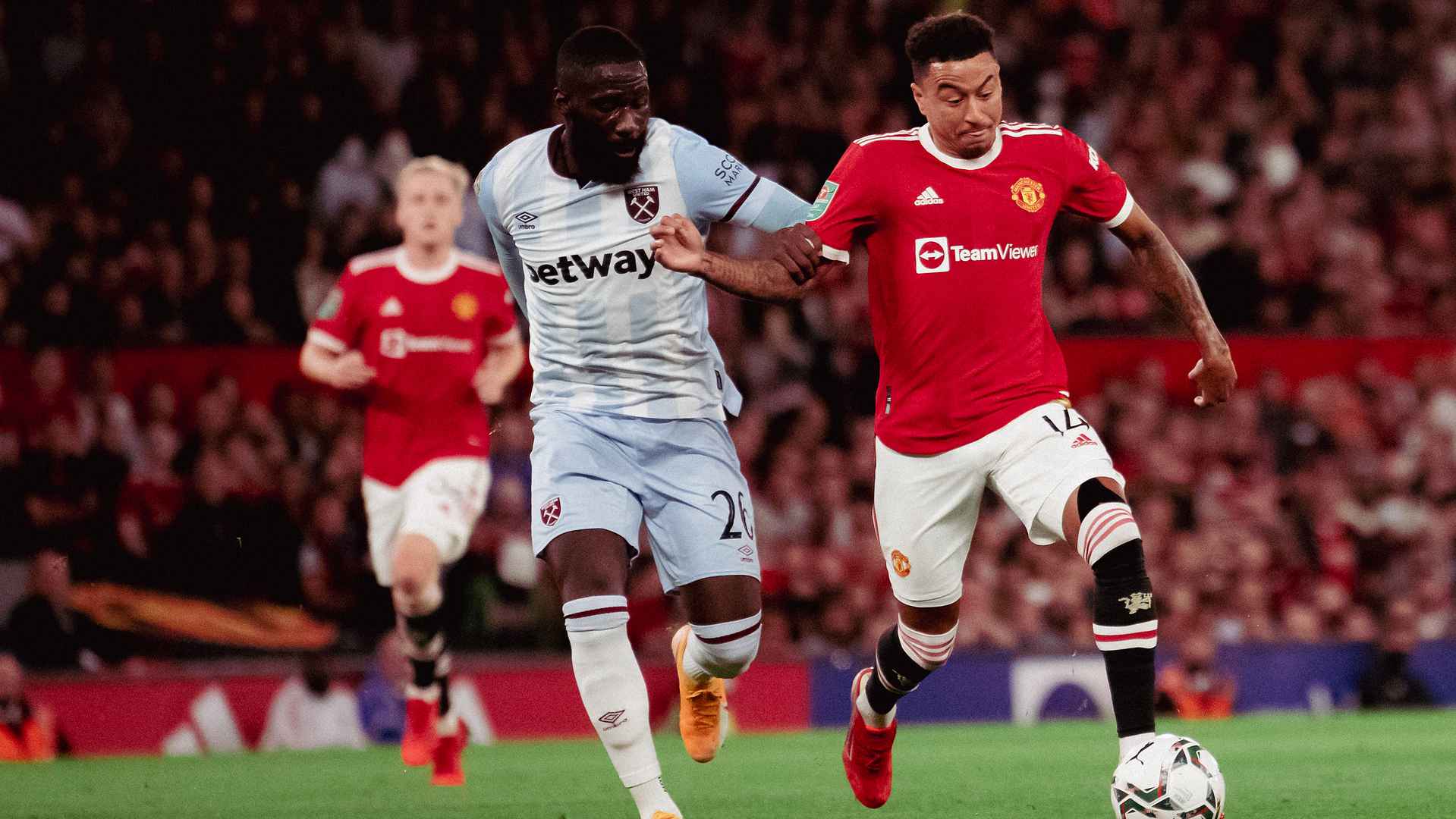 SECOND HALF – REDS ON THE ATTACK BUT WEST HAM HOLD ON

There was an inventive assist from Mata after 50 minutes as the Reds looked to get back into the match early on in the second period.

Our Spanish forward cleverly lifted a pass over the West Ham defence and Sancho volleyed just over in front of the Stretford End.

Diogo Dalot almost marked his first start of the campaign with a goal after 57 minutes as he drove into the visitor’s box and drilled his shot wide.

Yarmolenko smashed a shot off target to suggest the Hammers might just add to their tally, despite it mainly being the Reds on the front foot.
It was enough for Solskjaer to decide he needed to inject something new into our attack and the manager brought Mason Greenwood on after 61 minutes for Mata.

The substitution almost paid off immediately because, within seconds, Greenwood had forced a save out of Areola.

It revived the Old Trafford crowd and the fans sensed they could roar the Reds onto victory in this tie. Lingard also responded to the noise and also saw a shot saved.

Solskjaer made a double substitution in the 72nd minute by swapping Telles and Lingard for Anthony Elanga and Bruno Fernandes in the hope of a dramatic finale.

But as United pressed, West Ham broke away and instead of being an architect Bruno raced back to halt a dangerous two versus one situation that threatened to end all hopes of a comeback.

With Greenwood looking dangerous every time he was on the ball, a late rescue act led to a tense ending.

It was certainly thrilling as the crowd urged United on but it was Dean Henderson who kept the tie alive and the potential for penalties, as he denied Noble and Bowen in the closing minutes as the Hammers kept breaking out. Yarmolenko also hit the post before our goalkeeper’s heroics.

But United, for all the efforts, could not stretch the tie out into a penalty shoot-out.