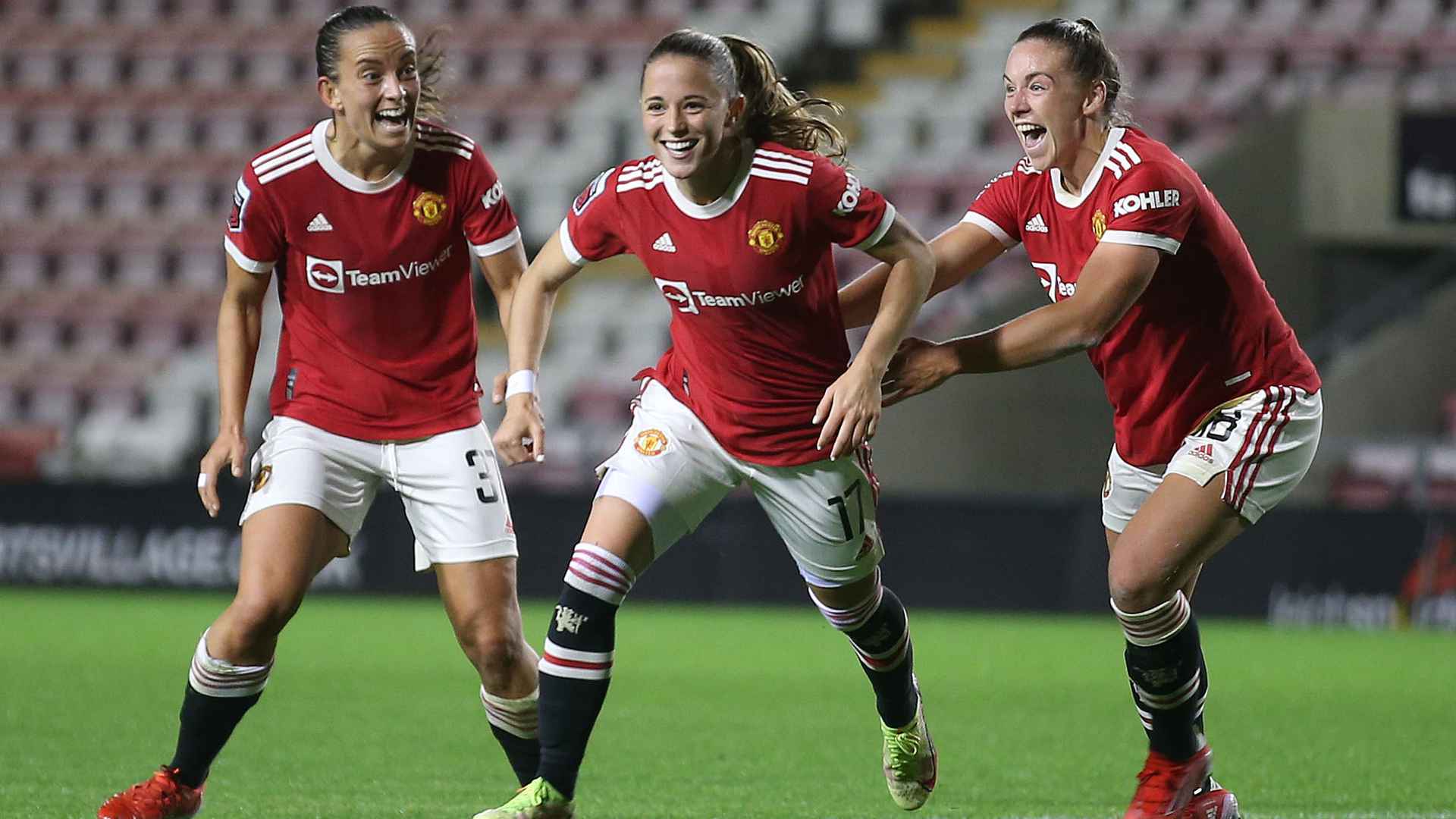 Moments into the second half, the visitors could not have gone closer to drawing level. Chaplen produced another fierce strike on goal, with this one cannoning down off the crossbar and into the goalmouth, but the ball was judged not to have crossed the line by the officials.

The score stayed at 1-0 and shortly after, the Reds took the opportunity to double the advantage. Batlle, our 2020/21 Women’s Player of the Year, played a swift one-two with Toone before picking out the top corner to extend the lead with her first goal for the club.

Second-half substitutions also provided positive sights for those watching from the stands in Leigh, as Martha Thomas was introduced from the bench for her competitive debut on 66 minutes, alongside Jackie Groenen, who was making her first appearance since her exploits with the Netherlands at the Tokyo Olympics over the summer.

The former looked lively upon her entrance and nearly made a lightning quick start to her United career in the closing stages. Having been flagged offside with an earlier opportunity, our no.9 continued her impressive cameo by cutting in from the left and curling just wide of the posts.

Fellow substitute, Reading’s Jeon Ga-eul then went close at the other end as the visitors looked to get back into the game. Her diving header flashed across the goal as the minutes continued to tick down.

Despite not featuring in any of the Reds’ four pre-season outings, Groenen was looking right at home in the middle of the park and tried her luck on goal with what would be the final opening of the match, as she curled just wide of the target.

Two goals were enough though for Skinner’s side in the end, kicking off his tenure, and our Women’s Super League campaign, with victory in front of over 2,000 supporters on home soil.