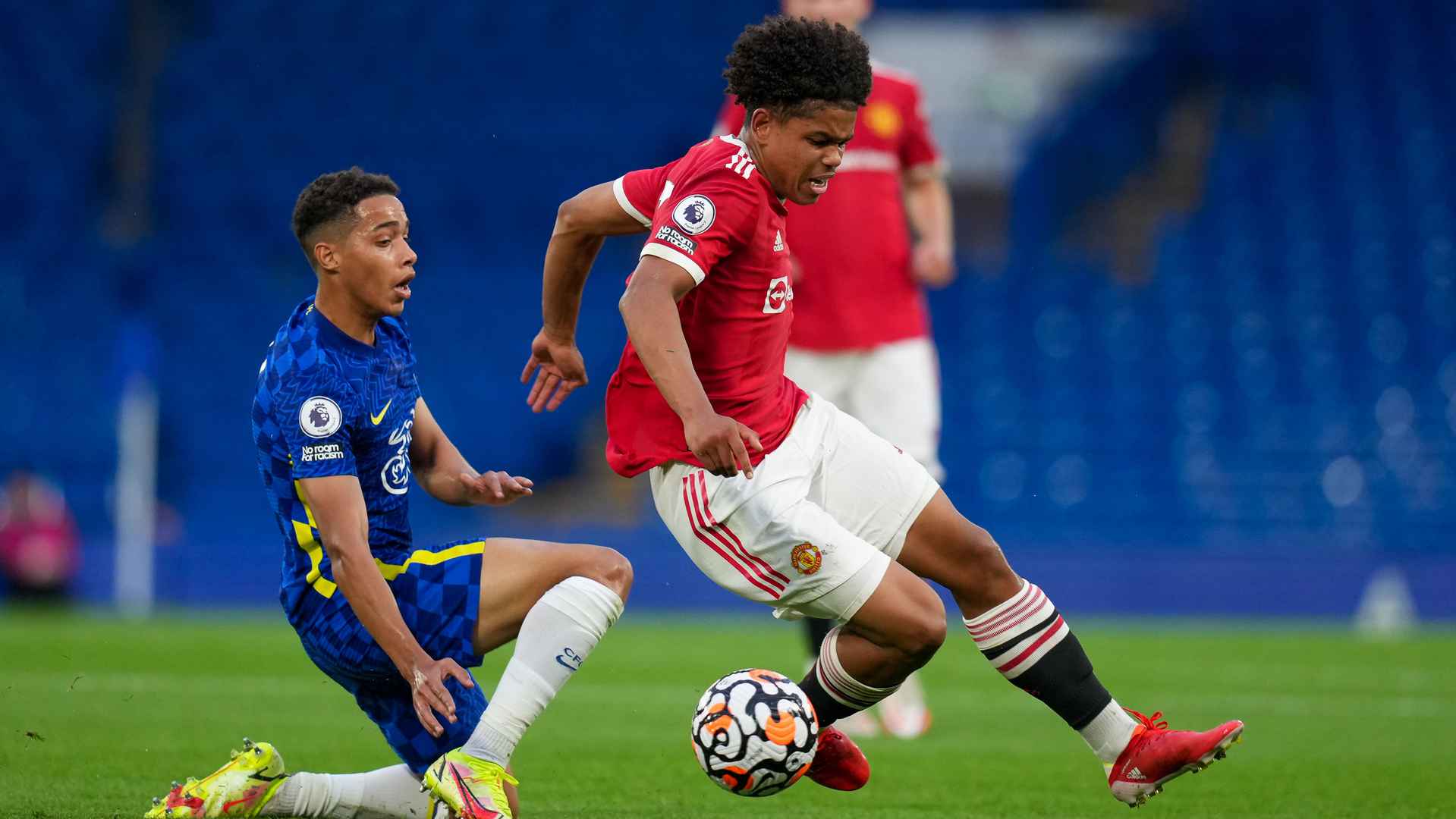 The home side came out the stronger after the break but United managed to reassert some authority through the perseverant play of Fernandez, and the Reds looked to have carved out a clear goalscoring opportunity when Shoretire clipped a throughball over to Hoogewerf on the left wing. The Dutchman controlled it well with the outside of his right boot only to be brought down by a strong tackle from Brooking.

With both players floored for some time, the referee had plenty of time to take a decision and eventually sent the Chelsea player off. Andy Myer made a couple of changes instantly to deal with the red card but United couldn’t immediately make the advantage pay, despite their best efforts.

In fact, it was Chelsea who went ahead when Harvey Vale beat Matej Kovar from the penalty spot in the 72nd minute.

United loaded the pressure on but it required a moment of individual skill from Fernandez to draw the scores level. D’Mani Mellor, fresh from a switch from the right to the left wing, fed Fernandez and the Spaniard beat two men before rifling a shot past Sharman-Lowe with too much venom for the Chelsea goalkeeper to keep it out.