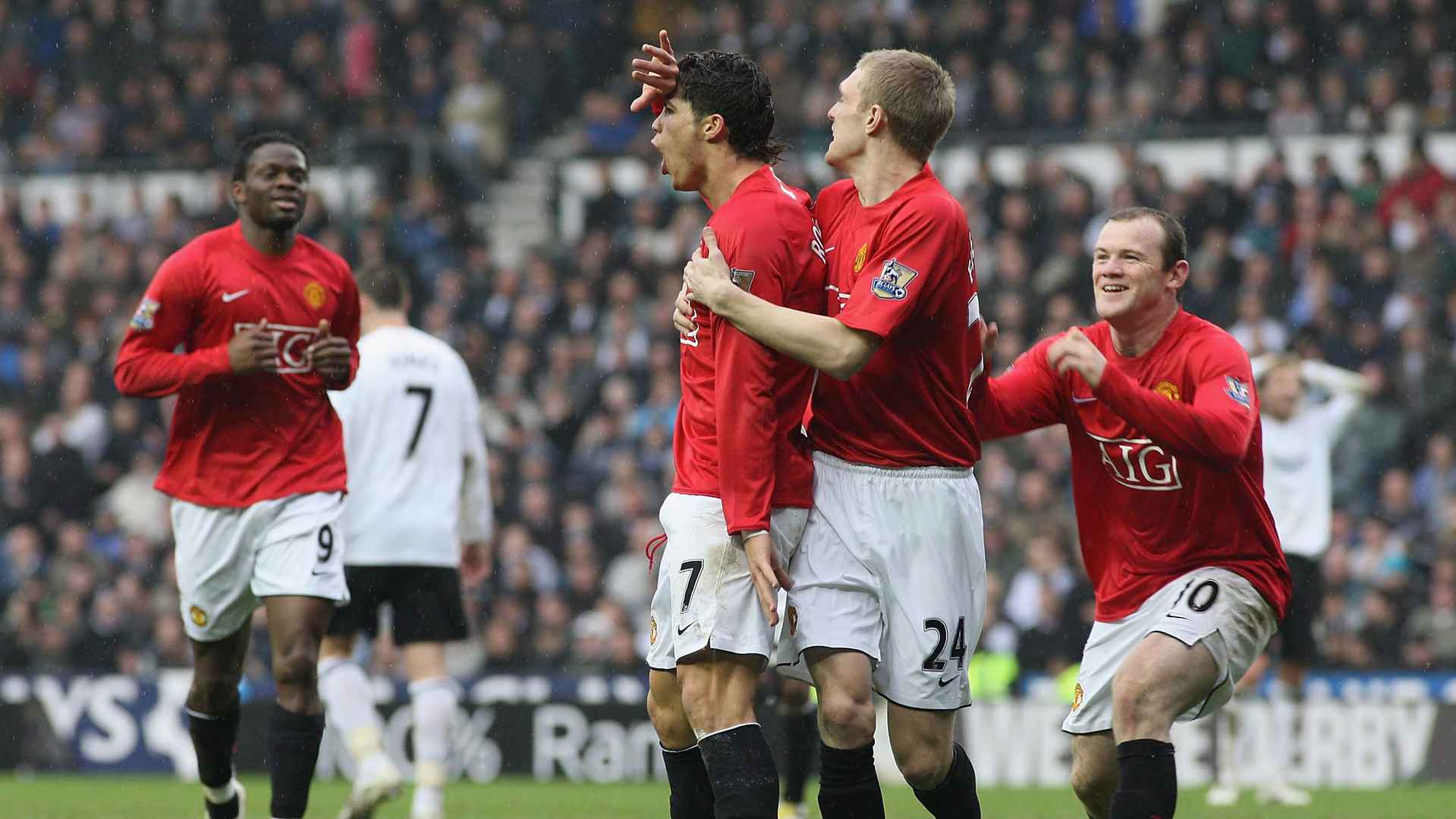 The reality turned out to be very different. Ben Foster made his debut in goal for United but everybody anticipated former Red Roy Caroll being much busier at the other end.

Ryan Giggs quickly worked his old team-mate and chances were created regularly, only for Ronaldo and the other forwards to fail to find the net. The Portugal international hit the woodwork and pulled a shot inches wide and it was beginning to look like one of those days.

Furthermore, Derby actually grew in stature and twice threatened a shock opener in a matter of minutes, only for Foster to pull off vital saves, the second one to deny Kenny Miller when the Scot was clean through.