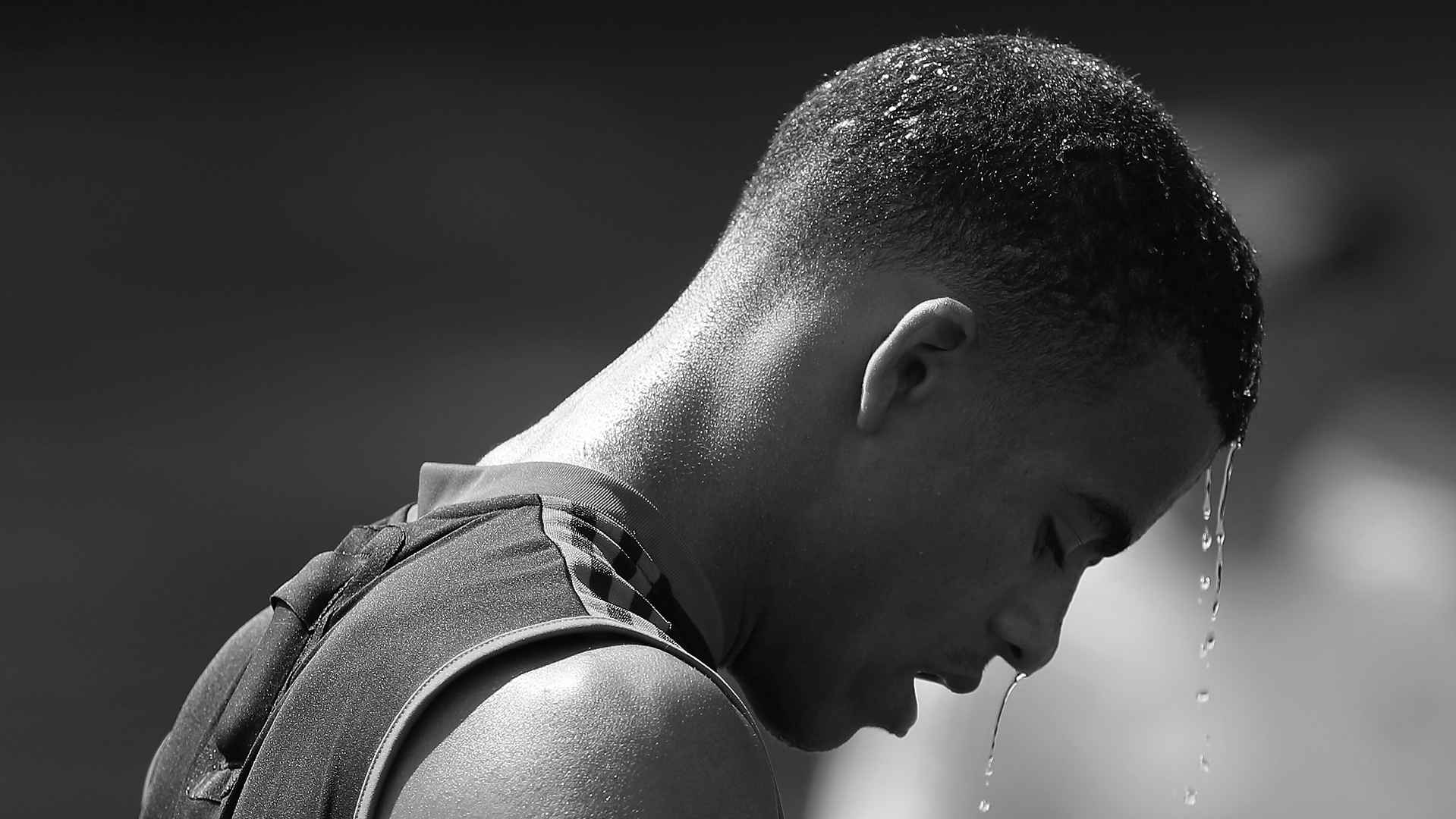 Then it was time to make the short walk down to the training pitch, where work started just before 11:00 BST.

Under the watchful eye of Ole Gunnar Solskjaer, Kieran McKenna, Michael Carrick and the other coaches, the lads fizzed the ball about early on, working their first touch, before splitting into teams and playing various small-sided matches – with plenty of running in between!

It was exhausting just to watch from the sidelines, as we applied layer after layer of suncream to keep from burning!