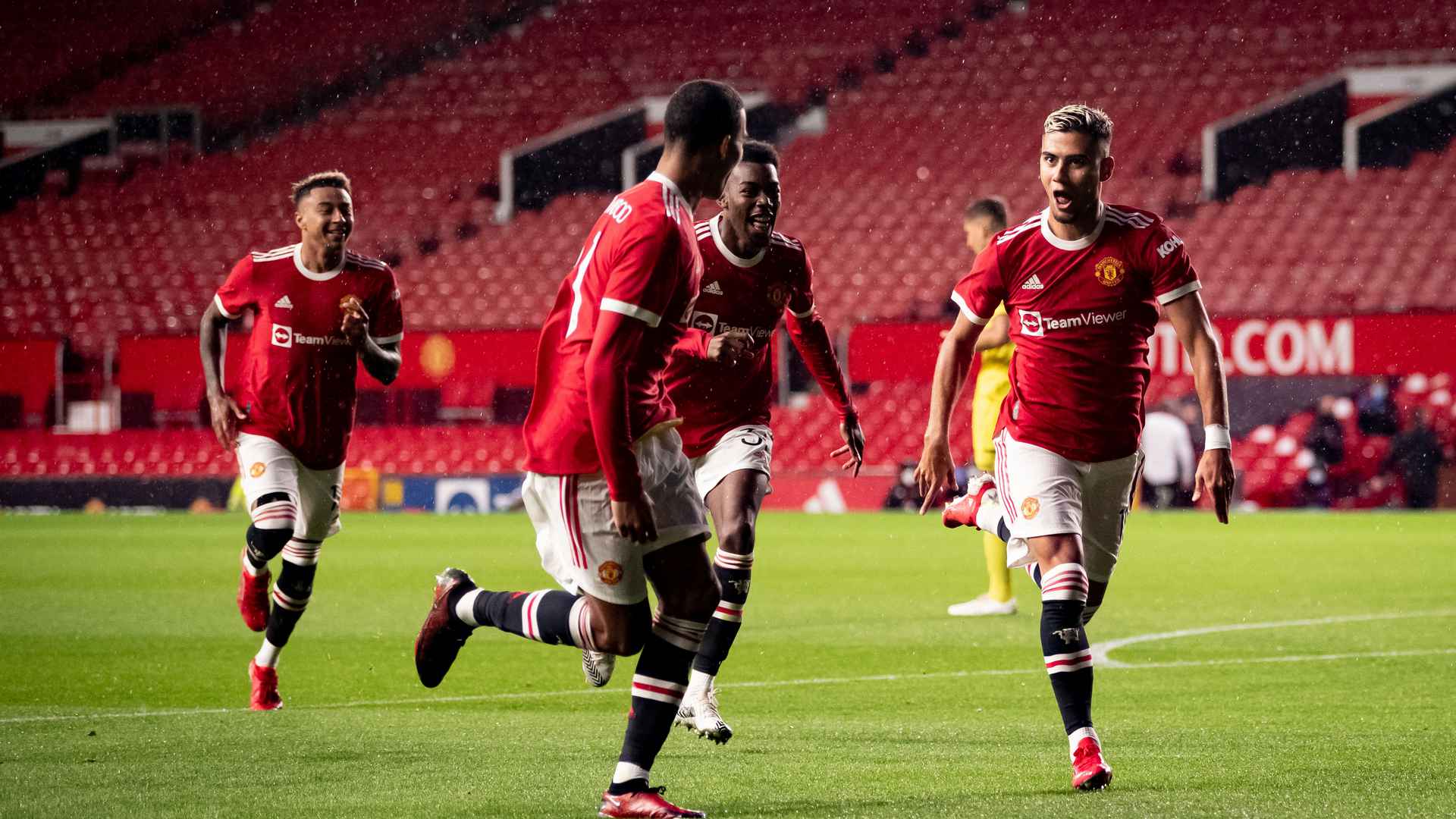 Anthony Elanga has barely paused for breath since he came into the first team at the end of last season, scoring his first United goal on the final day of the campaign against Wolves. Pacey, direct and energetic, the 19-year-old winger has been a constant goal threat in all of our three pre-season games.

He hit his second goal in a week to put United ahead after 12 minutes, reaching behind him to thump home a wonderful volley. Our build-up had been very good, the Reds recycling possession across both sides of the pitch, stretching Brentford and creating space for the final, penetrative move. When it came, it was Aaron Wan-Bissaka who crossed low, perfectly picking out Elanga and he kept his balance well and brought Old Trafford to its feet with a fantastic volley that left David Raya with no chance.

Not only was it a goal of quality, but the sight and sound of thousands rising to their feet, gasping in delight, roaring in celebration – it’s an experience for the senses that we’ve all missed. Elanga took it all in, beaming as he ran towards United’s returning supporters.

It had been a strong start for Ole Gunnar Solskjaer’s side, brightening a dark, rainy evening with some fast passing, explosive counter-attacks and plenty of efforts on goal. Lingard came with two early efforts and then Greenwood with one before Elanga found the lead. The Swedish winger was lively, United’s best player in the first half, but Brentford provided a stern challenge, although their own attacking ventures towards the Stretford End were initially rare.

Shandon Baptiste soon levelled for the Bees with a breathtaking strike. As United failed to clear a corner emphatically enough, Baptiste pounced on the edge of the area, striking with venom with the outside of his left boot and watched a dipping shot thump past Tom Heaton off the underside of the crossbar.

United looked to respond and Greenwood soon tried to equal Baptiste, making a perfect connection with a loose ball on the volley, only to see Brentford’s Thompson almost unintentionally block the strike. Brandon Williams’s importance to the squad has risen due to the recent injury to Alex Telles – who was watching on inside the stadium alongside Scott McTominay and Bruno Fernandes – and the young full-back attempted the magnificent with a first-time curler from a tight angle. The high-risk, high-reward approach didn’t quite pay off, as his shot went wide.

As the rain began to first patter and then clatter down on the Old Trafford roof, the first half settled down. Before the break, though, May Haygarth, formerly of our Academy, tried to get a shot away after a bit of pinball in the United box, but couldn’t do so. Lingard swiped at a loose ball on the edge of the box, scuffing wide after an explosive counter-attack begun by the in-form Wan-Bissaka.