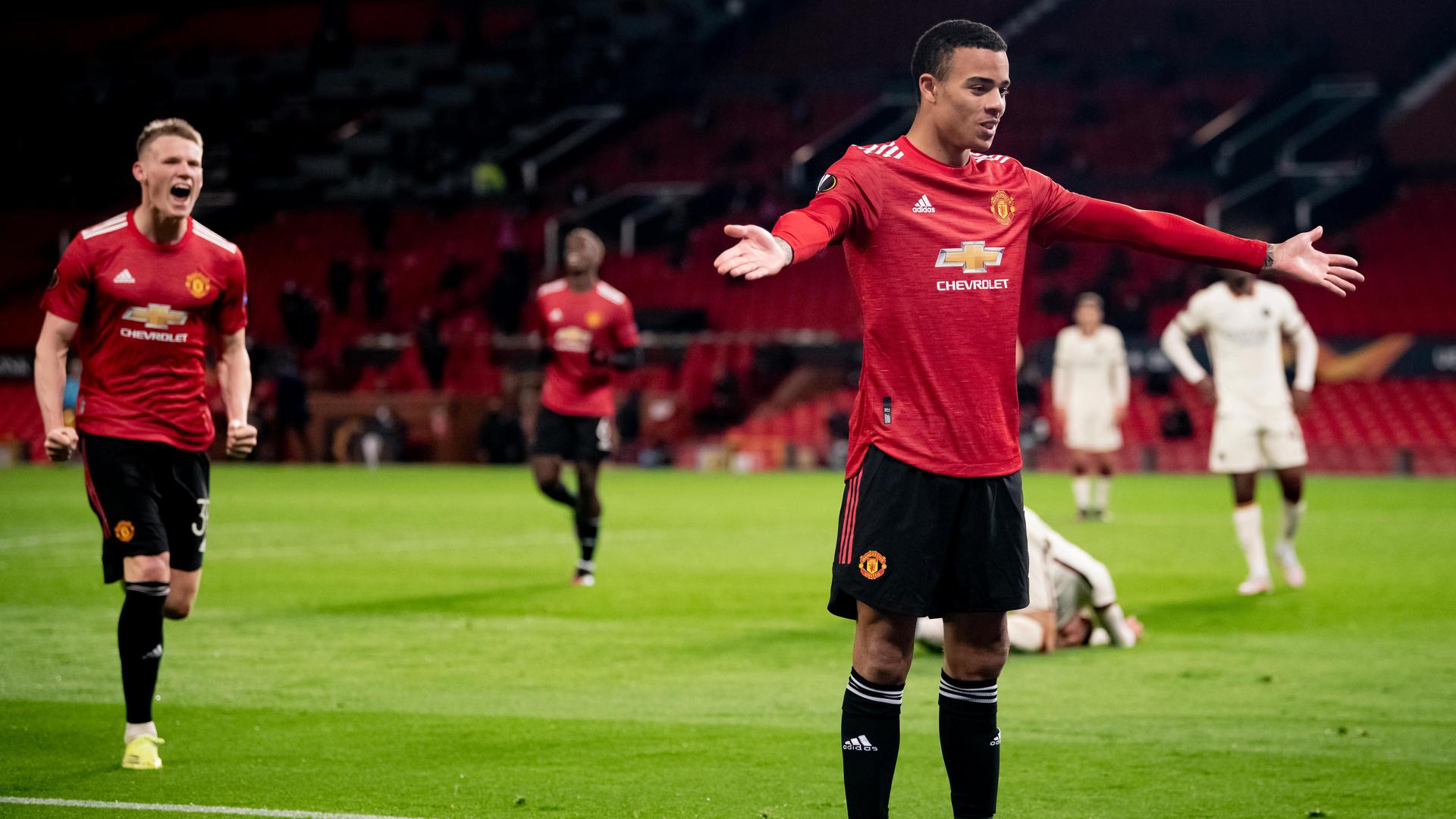 Like any youngster in their first workplace, fledgling footballers look to their senior peers for guidance in various facets of the job, not least professionalism and dedication to the role. Greenwood is surrounded by model professionals, but can look to no better examples than that of Cavani, who has earned rave reviews during his short Old Trafford career so far for his forensic preparation, and fellow Academy alumnus Marcus Rashford.

“I’ve come a long way really. I always knew I could take the pressure, take it into the first team,” Mason said earlier this month. “It’s been a good journey and there have been lots of ups and downs, but I’m only 19 and I’m ready to carry on fighting for the badge and for United.

“I had Marcus, Scott [McTominay], Jesse [Lingard] and Paul [Pogba], the likes of them coming up through the Academy. It’s them just leaving little footprints behind you that you’ve got to follow, do what they did and take it in your stride, really. When you come up to the first team it’s like a family anyway, so you just do what you do. You couldn’t ask for anyone better with Marcus being in a similar situation that I have, and then there’s Cavani who has won it all. He’s played for a number of years and it’s perfect timing for him to come into the club at the time he did. He’s helped me a lot this season – he speaks to me sometimes and tries to help me work on my heading and stuff like that. He’s a nice lad and I’m very pleased that he’s here.

“You always need the older players in the team who have done it all, and then you’ve got the younger players looking up to them and you feed on stuff they’ve done. You just watch them in training and you add it to your game. You’ve got the likes of Nemanja [Matic], who has won Premier Leagues with Chelsea. You’ve got Juan [Mata], who has played for many years. You’ve got Bruno [Fernandes] in behind you in that no.10 position and he’s always talking, always giving me tips on playing. You’ve got a lot of older players you can just watch and take note of.”