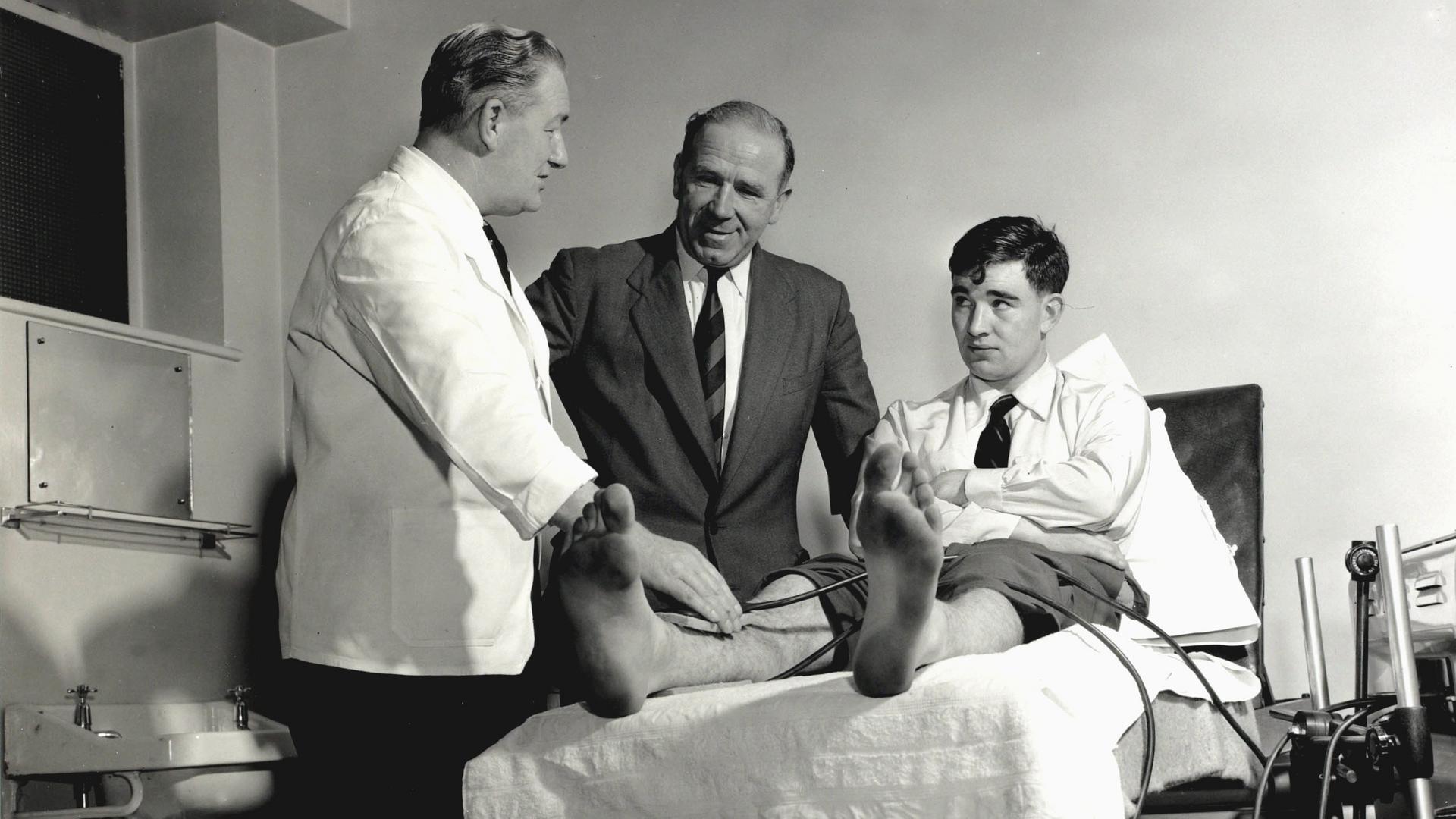 The Busby Babes’ coach tragically lost his life in the Munich Air Disaster in 1958 after working with Sir Matt to train the outrageously talented young Reds side.

A defender for Stalybridge and United, his career was halted by World War II before a serious eye injury forced him to retire. He was then recruited by Sir Matt to become a key part of his backroom team, initially taking charge of the club’s ‘A’ team. Whalley earned a reputation as a fine coach and spotter of young talent.