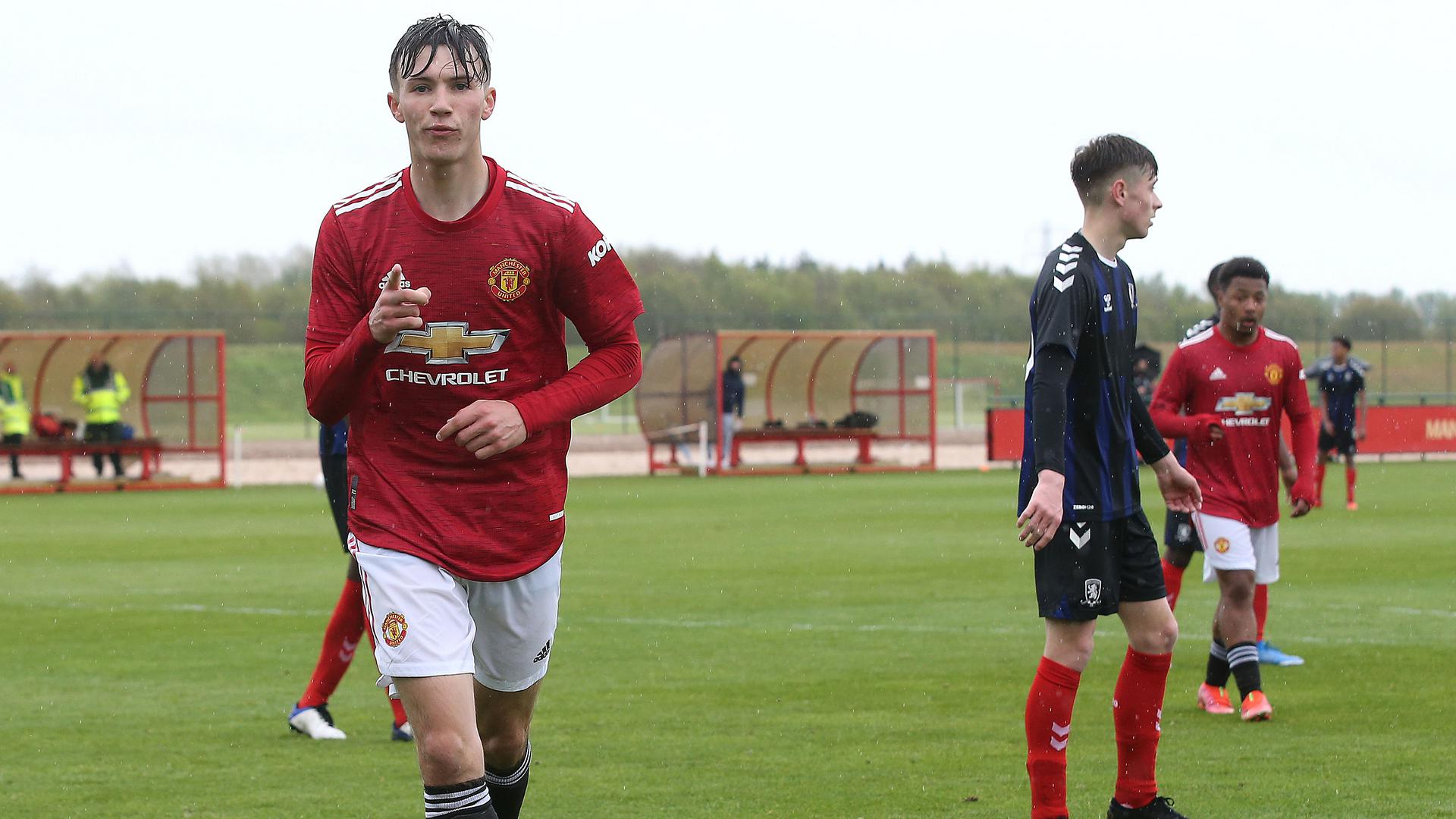 Remarkably, however, Boro could quite easily have taken the lead as early as the sixth minute when only a great save from United’s Radek Vitek prevented Pharrell Willis’s shot from finding the net.

That came at the end of the visitors’ first attack and from that point on the bulk of the action was going to be in their territory.

United swarmed all over the lads from Teesside and it came as no surprise at all when, in the 12th minute, another goal-fest was launched. Alvaro Fernandez’s raking pass found Isak Hansen, who quickly tapped the ball on for Iqbal to do the necessary.

United continued to hold the upper hand but it was more than twenty-minutes before the Middlesbrough defences were again breached when Charlie Wellens sent over a perfect cross for Hoogewerf, perhaps the shortest player on the field, to leap and head home the second goal.

Seven minutes later and United were 3-0 to the good when Hoogewerf struck from close range after receiving the ball from Iqbal.

Then, on the stroke of half-time, the prolific McNeill took advantage of a mix-up in the Boro defence to claim his 22nd league goal of the campaign.