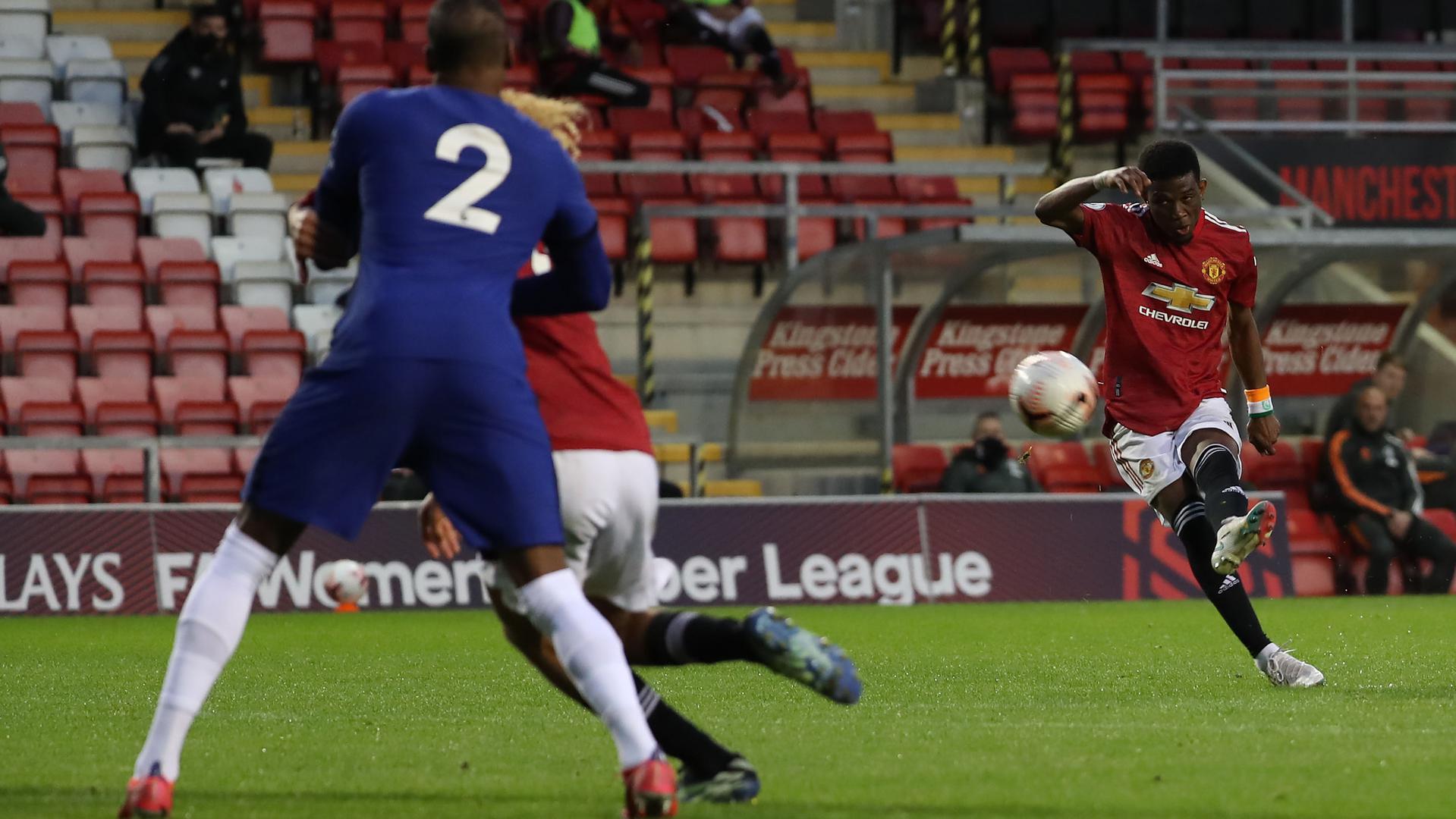 Five minutes later and United succeeded in finding a third goal when Amad beat Wady from the edge of the area with a masterful curling free-kick.

It really was a sublime left-footed strike from the Ivorian and put to rest any hopes of a Chelsea comeback.

With less than 10 minutes remaining, the Reds rounded off a highly satisfactory performance with a fourth goal, set-up by Martin Svidersky and scored by Helm.

Substitute Henry Lawrence then netted a consolation in added-on time from a rare foray forward from the London side.