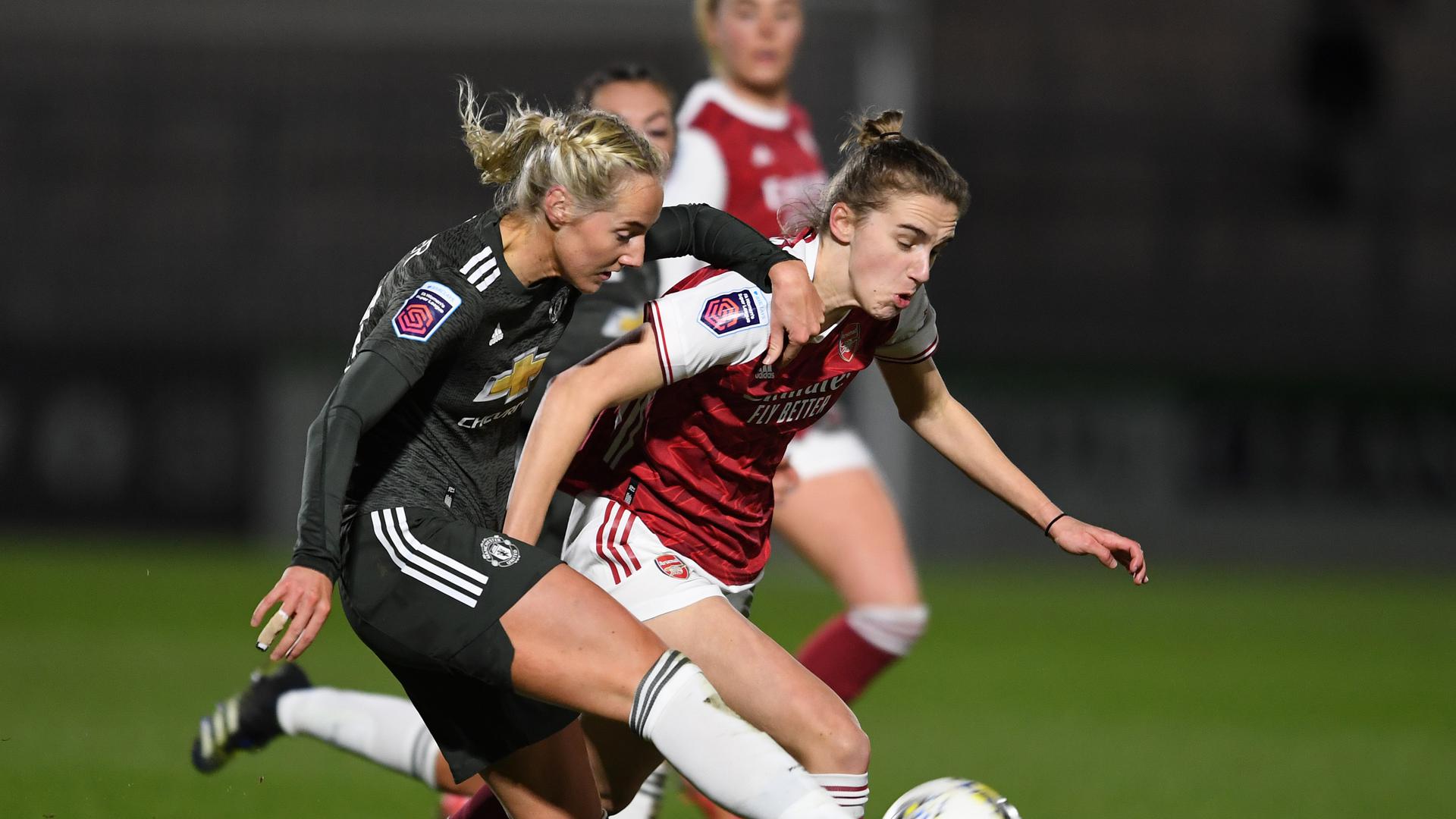 It was a difficult start for Casey Stoney’s side as we fell behind in just the third minute when Caitlin Foord drove at the Reds’ defence and played in Jill Roord. Dutch international Roord then looked to cut the ball across the six-yard box, but it deflected massively off Turner’s outstretched leg as she tried to block, putting the ball out of reach of Mary Earps who was helpless to stop it going in.

Looking to react quickly, Lauren James worked an opportunity as she cut inside in the penalty area and unleashed a shot, but the 19-year-old’s curling effort was right at the Gunners’ Austrian stopper Manuela Zinsberger. Christen Press also had a chance soon after, following a quick break, but as the ball was cut back to her in the box a defender was on hand to close down the strike.

United’s best route to goal appeared to be coming down the left flank, particularly thanks to the tenacity of Ona Batlle. Twice she won the ball inside the Arsenal half, leading to two excellent opportunities – although both went begging.

The first saw Batlle play the ball into the feet of Jackie Groenen who, with her back to goal, turned well to play it across to James. With a free path to goal the attacker took a touch to set herself, but fired over the bar. Then having won the ball back following the goal-kick, Batlle knocked the ball forward to Lucy Staniforth who slid it into the box, but a lunging Ella Toone was unable to make the contact needed to turn it goalward.

Having had the share of the possession and chances, the Reds were under threat of going in at the break two down when Roord found herself again in behind. Electing to take on the shot this time, Earps was able to gather the ball comfortably and extinguish any danger.