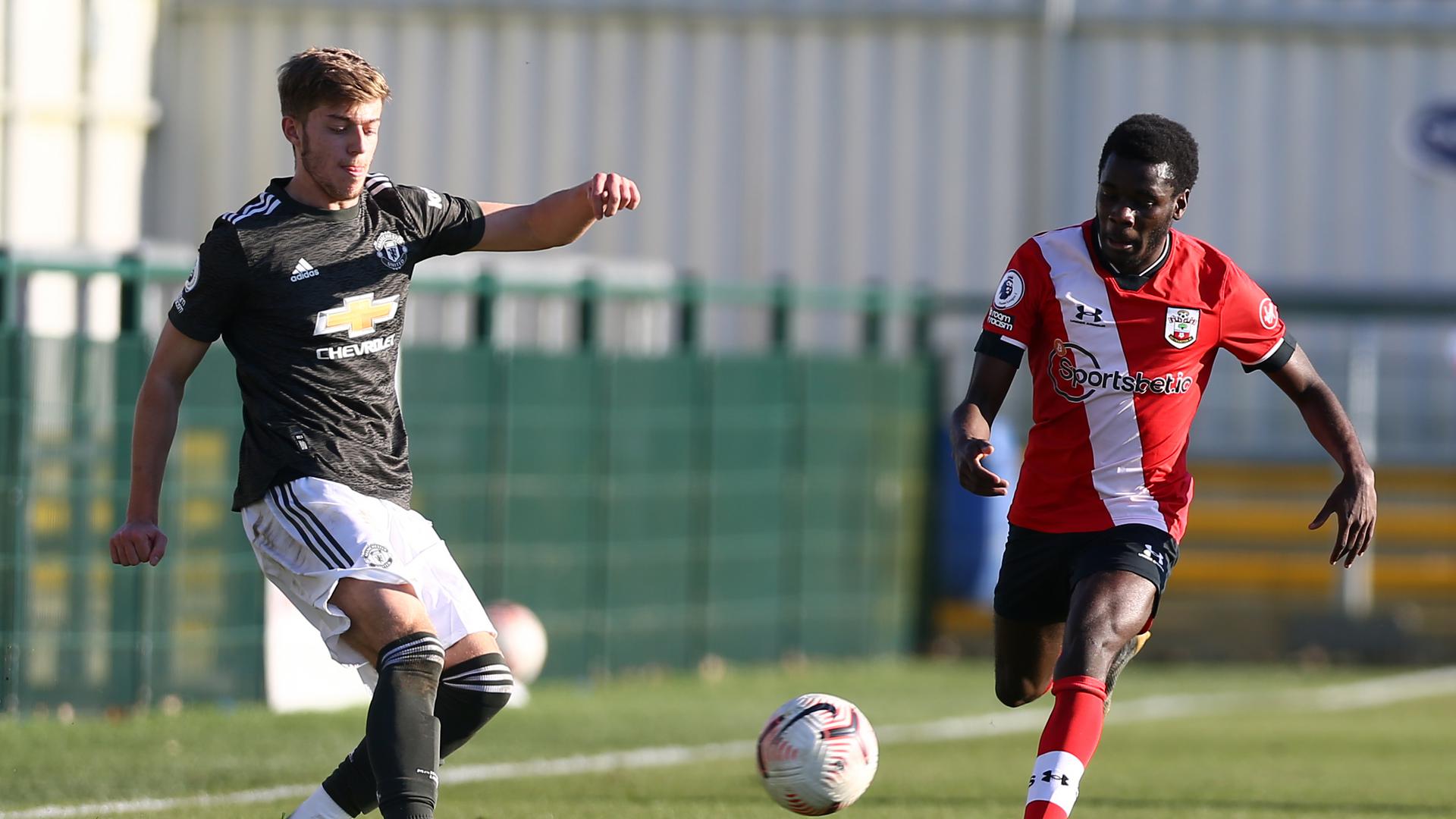 United’s improved form was carried over into the second period as Wood’s team continued to occupy the higher ground, only to still be confronted by the barrier of ‘keeper Bycroft whose agility saw him make further fine saves to keep out efforts from McCann and Galbraith.

Not to be upstaged by his counterpart, Kovar came to the Reds’ rescue a few minutes later when he stuck out a leg to block Smith’s shot that looked destined to cross the line.

Both ‘keepers had looked pretty well unbeatable all afternoon and it was clear that it would take something exceptional to breach either goal. And then, unexpectedly, both Bycroft and Kovar were both called on to retrieve the ball from the net.

In the 74th minute, Kazeem Oliagbe unleashed a left-footed boomer that half-a-dozen Kovars couldn’t have stopped. Time was now at a premium, but help was at hand and with seven minutes remaining, McCann beautifully controlled a pass from Fish before swivelling and blasting in the equaliser.